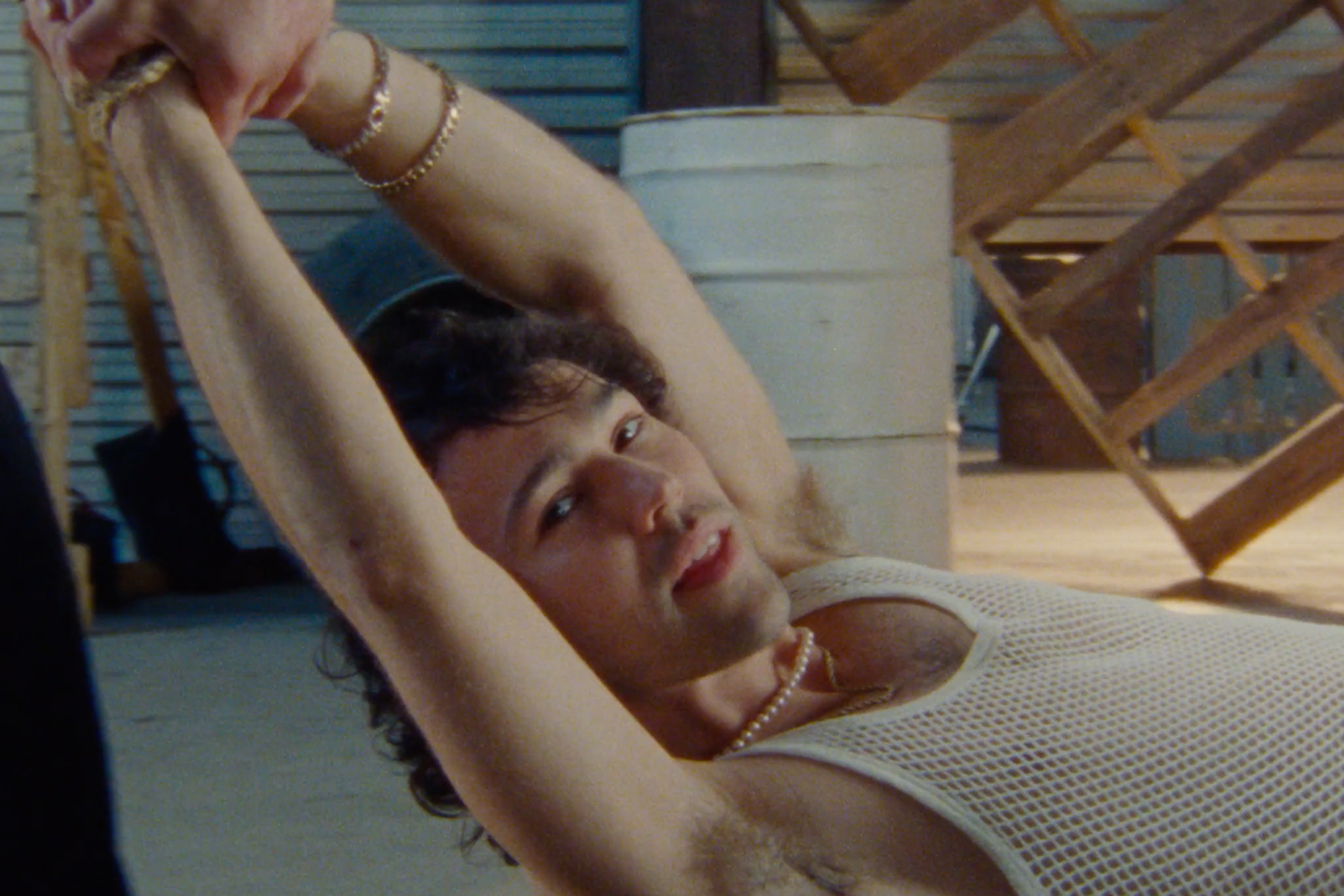 Max brings his “ridiculous vision” of a Kill Bill-meets-Austin Powers visual to life in the action-packed silly video for his new single, “Wasabi.” Oh, and he enlists none other than his wife Emily Schneider as his kung-fu-fighting hero and Alyson Stoner as the video’s smirking villain.

The video follows Max’s wife — in a lime green, Seventies hero outfit — breaking into an abandoned warehouse where she fights off guards and ninjas in an attempt to free Max from the grasp of Stoner, who nearly force-feeds him a spoonful of wasabi. (Fitting torture, of course.)

“Baby, you got that body/That extra little something, wasabi,” Max sings in the chorus. “Sweat through my shirt, take it off me/Come on now.”

After Emily fights off the villains, she and Max lock lips for a sweet smooch.

“When we wrote ‘Wasabi,’ I immediately knew I wanted something Kill Bill/Austin Powers inspired,” he tells Rolling Stone about the visual. “My wife is a total badass, and I knew she could pull it off and be the superstar of the video.”

Max says his wife even had to go through fight training “for about a month straight” to get all the action down. “Once I found out my friend Alyson Stoner was on board to play our perfect villain, it was game over,” he says. “I really hope people love this one. We had the best time making it with the whole team.”

Max’s new single “Wasabi” follows the release of his track “Gucci Bag.” He’s set to release an album later this year as a followup to 2020’s Colour Vision, which featured songs such as “Blueberry Eyes” with BTS’ Suga, “Missed Calls” with Hayley Kiyoko, and “There Is a God.” He’s also going on tour with Sara Kays and Vincint.