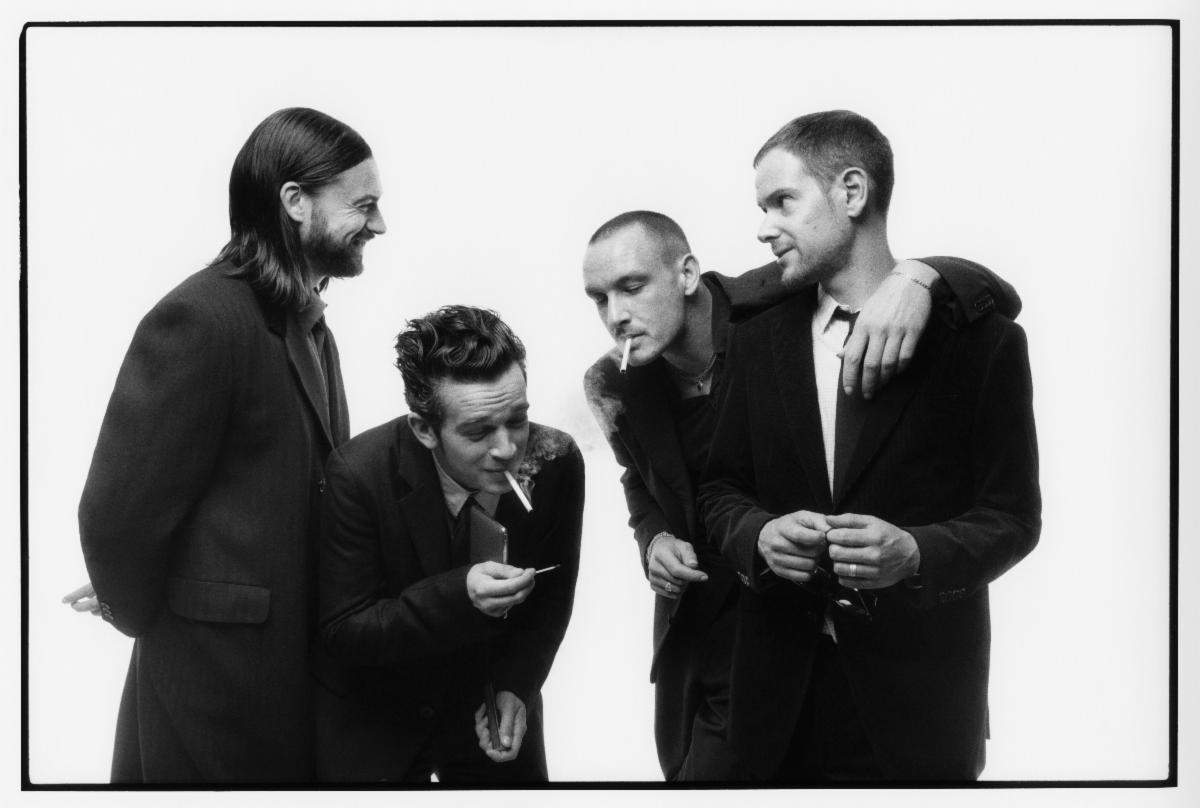 The 1975 shared a little “Happiness” Wednesday with both the video for the latest single off the band’s upcoming album Being Funny in a Foreign Language, as well as new tour dates.

“It came through like jamming. And we haven’t done that in years,” frontman Matty Healy told Apple Music’s Zane Lowe following the track’s premiere.

“So we just wanted this record to be really like a captured moment and not be too constructed and even produced that much…we did it in like a day or so. And it’s us having fun. And I think that there’s this real desire in art to see something remarkable with as little technology as possible. Do you know what I mean?”

“Happiness” follows Being Funny in a Foreign Language’s first single, “Part of the Band“; the album itself arrives on Oct. 14. Speaking to Lowe, Healy revealed why the 1975 opted to team up with producer Jack Antonoff on the upcoming LP.

“And then I kind of just thought, ‘well, this is like a really nice new energy.’ I don’t… Because we are so closed, me and George [Daniel, drummer], we’ve always been so closed. ‘Why don’t you like come down to the studio and see what happens?’ And then he did. And then, ever since, we were just great, great friends. And Jesus, man, I think that guy has a reputation for being busy, but I can tell you, he’s just good. He’s so good. What he does is identifies what an artist is really good at or where the truth is coming from. And it’s a bit like, if you think of like a great comedian, the language of like sense of humor, they can sense where the humor is in the situation.”

The 1975 also announced their upcoming “At Their Very Best” Tour in support of their new LP, a six-week-long North American trek that kicks off Nov. 3.