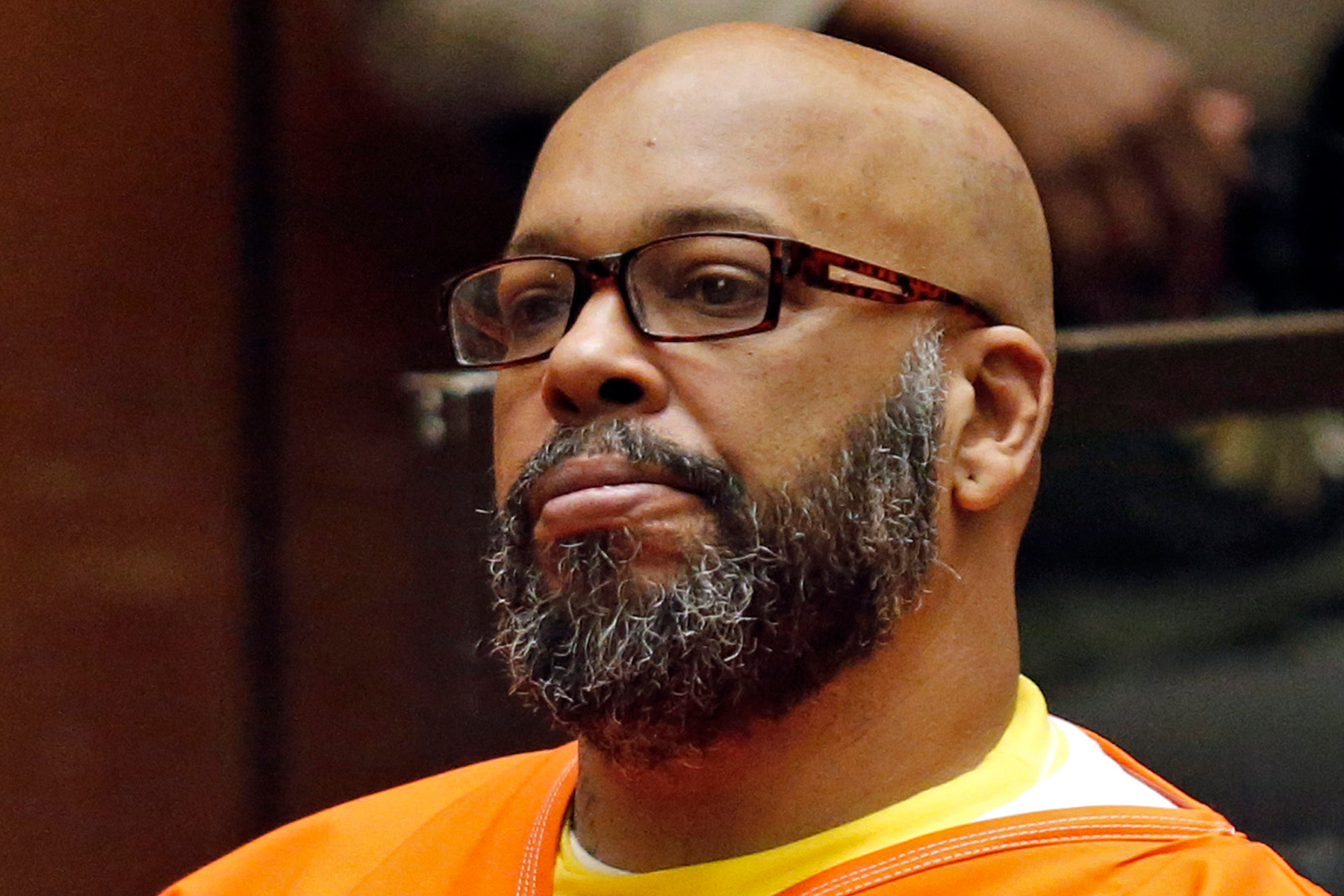 Suge Knight’s civil trial over allegations he negligently mowed down Terry Carter with his truck amid a dispute linked to the movie Straight Outta Compton ended in a mistrial Wednesday. Jurors deadlocked seven to five in favor of finding Knight liable. Carter’s family vowed to bring the case again.

“It was intense,” the jury foreman who asked to remain anonymous tells Rolling Stone. “It was so intense, someone walked by the jury room and thought a real fight had broken out. There was yelling.”

Carter’s widow, Lillian Carter, and his two daughters, Crystal and Nekaya, attended each day of the trial and thanked jurors as they left. “It’s unfortunate, but the jury worked very hard. It feels good to know we were the majority,” Crystal Carter tells Rolling Stone. “We look forward to trying the case again to get victory for my dad. To get justice.”

The family’s lawyer, Lance Behringer, said he’ll ask for a new trial date at a follow-up hearing next month. “We’re not deterred at all, and now we’re in a much better space to try this case again,” he says. “Knight never sat for a deposition. There was no written discovery. When he testified for the first time during the trial, we had to respond on the spot. Now we have time to go through it. We know what their defense is for the first time.”

Minutes after the judge declared the mistrial, Knight’s lawyer, David Kenner, spoke to the founder of Death Row Records by phone in the hallway outside the courtroom. He said his client, now serving 28 years behind bars after pleading no contest to the voluntary manslaughter of Carter under a deal that avoided a looming murder trial, was “relieved.” Prosecutors initially charged Knight with murder, claiming he used a deadly weapon, his truck, to escape what was essentially a fistfight. Knight, 57, claims he was the victim of an armed ambush.

“He finally got to tell his side of the story, and he’s appreciative that the facts were sufficient” for a mistrial, Kenner tells Rolling Stone. “He had a viable defense. This case had two sides to it. Of all the history of Suge Knight and Death Row, this was not the case that should have been utilized to shut him down.”

The jury spent two weeks listening to evidence in the long-running case that was first filed back in June 2015, five months after Knight punched the gas on his F-150 truck and fatally struck Carter while injuring another man, Cle “Bone” Sloan, in the parking lot of Compton-based Tam’s Burgers on Jan. 29, 2015.

Graphic surveillance video depicting the deadly incident was shown repeatedly to jurors. In the footage, Knight’s truck is seen pulling into the Tam’s driveway after an alleged first confrontation between Knight and Sloan, a former gang member who was working as an advisor on Straight Outta Compton and had a run-in with Knight at the movie’s production base camp hours earlier. In the video, a man identified as Sloan rushes up to Knight’s truck and begins a physical fight through the driver’s side window. The truck then reverses away from the lot, hurling Sloan to the ground. Seconds later, the truck races back into view, barreling over Sloan, still crumpled on the ground, and running over Carter, who had been standing on the sidewalk.

In his closing argument, Behringer showed photos from Terry and Lillian’s wedding and an array of holidays and milestones celebrated by the close-knit family. He said the three heartbroken women would gladly trade any amount of money to have their husband and father back, but that was not possible.

“Dying on the concrete floor alone at Tam’s Burgers was not a natural death. [Terry Carter] was taken from these three women,” Behringer said. “Nobody’s comfortable talking about money… but that’s what we have to do.”

Behringer said the bereaved relatives deserved $81 million in damages from Knight — equivalent to each woman receiving $1 million for each of the 27 years that Carter likely would have lived had Knight not killed him during what was supposed to be a friendly meeting to work out a payment for the use of Knight’s name and likeness in Straight Outta Compton. Jurors heard from lawyers and testimony in the case that Carter was a respected “mediator” in the Compton community, and that Knight was unhappy on many levels with his unpaid portrayal as a “bodyguard” in the Dr. Dre– and Ice Cube-produced movie about the rise of N.W.A.

In his dueling closing argument, Kenner told jurors that there’s no question Carter was a great man. He said Knight considered Carter a friend and was devastated by what happened. He called the incident at Tam’s “a tragic accident and a tragic loss of human life.”

Jurors heard directly from Knight when he testified remotely from prison for nearly two hours on June 8, marking his first-ever live testimony about the incident. According to Knight, he “feared for [his] life” before ramming into Carter because Sloan allegedly had pointed a gun at him seconds earlier. (Sloan adamantly denied having a gun when he testified during an April 2015 probable-cause hearing in Knight’s criminal case.)

Knight further testified that police had told him Dr. Dre had a contract out on his head. He added that he also was suffering from post-traumatic stress when he hit Carter, because he had been shot seven times at the 1Oak nightclub in 2014. While those claims might appear to support his assertion he feared for his life, Knight also testified that he didn’t actually believe Dr. Dre paid a hitman to kill him and that he “never said Sloan was there to kill me.”

The deadlocked jury focused in on that testimony Tuesday afternoon, asking to review Knight’s testimony “where he saw a cancelled check on [the alleged] hit on him by Dre” and “also his testimony where he said he did not believe Dre put a hit out on him.” The court reporter walked back into the deliberating room and read the passages.

In his closing, Behringer called Knight’s testimony “all over the place,” saying it “didn’t make any sense.” He highlighted a seemingly incriminating answer Knight gave when asked by Kenner what he was “attempting to do” when he drove straight through the parking lot, struck Sloan and Carter, and exited out the other side.

“I was going straight. I seen the guy in the front of my truck,” Knight said in the testimony that Behringer read for the jury. “I seen the guy in my mirror. [Unintelligible] I wanted to make sure to get this guy, and I did.”

Behringer argued the testimony was a confession that Knight clearly saw Carter. The lawyer also argued that the disputed issue of whether Sloan had a gun didn’t matter.

“At the moment in time when defendant Knight reversed and pulled out of Tam’s — at this moment in time, Bone is on the ground. Whether you believe there was a gun there or not, there was no gun being pointed at [Knight] at that time… there’s no threat,” Behringer argued.

“Knight set the events in motion. Knight had the weapon with the two-ton truck. Knight should have driven away. Knight should have seen Terry. Knight did see Terry. He said it,” Behringer said. He argued a “reasonable person” would have stayed home and not visited a movie set to meet with someone after hearing that person wanted them dead. Kenner disagreed.

“It is not strange that Mr. Knight went to base camp where Dr. Dre and Ice Cube both would be in order to resolve this issue of whether or not his life was in danger,” Kenner argued. He said his client wanted to look Dr. Dre in the eye, let him know what police purportedly were saying and make clear that he didn’t believe it. Kenner argued Knight only pleaded no contest to voluntary manslaughter because he was about to face trial with an unprepared lawyer and didn’t want to take the “gamble” and “die in jail.”

Kenner said Knight was not “challenging the worth of Mr. Carter’s life,” only who’s liable. “With all due apologies to Mrs. Carter and the Carter family, I ask that you render a verdict of not liable,” he said.

The Carter family’s original complaint also named Dr. Dre, Ice Cube, and NBC Universal among the defendants. It alleged the world-famous music moguls knew Knight objected to his depiction in Straight Outta Compton and intended to commit violence on the movie’s sets. The family alleged the producers hired Sloan to stand up to Knight’s violence and then negligently managed him.

Dr. Dre, born Andre Young, and Ice Cube, born O’Shea Jackson, successfully fought the complaint along with NBC Universal. “The court cannot fathom how Knight’s reckless and allegedly criminal attempt to run over Bone with his truck later in the afternoon was predictable with an ‘extraordinarily high degree of foreseeability’ such that a duty may be imposed on defendants,” Los Angeles County Superior Court Judge Brian Currey wrote in a September 2016 decision granting the parties’ demurrers.

For his part, Dr. Dre denied Knight’s murder-for-hire accusation through his lawyer when it first surfaced in a cross-complaint filed by a now-disbarred lawyer purportedly acting on Knight’s behalf. “Given that Dre has had zero interaction with Suge since leaving Death Row Records in 1996, we hope that Suge’s lawyer has lots of malicious prosecution insurance,” Dre’s lawyer said in a 2016 statement.

On Wednesday, two jurors who ended up on opposing sides agreed that they found Knight to be a problematic witness in his own defense.

“It was a bunch of foolishness,” juror Roger Stuart, 64, tells Rolling Stone, referring to Knight’s answers under oath. “A lot of the things that came out of his mouth didn’t make sense.”

Juror Halima Betton says she voted in Knight’s favor, even though she found some of his testimony “a little sketchy.”

“I thought he was acting in self-defense,” she says. “We can’t be inside his head, but in my mind, the situation was a threat, and then it’s fight or flight. It was a very tragic outcome. I feel really bad for the ladies.”