RIP, iPod: A Tribute to the Device That Revolutionized the Art of Music Fandom 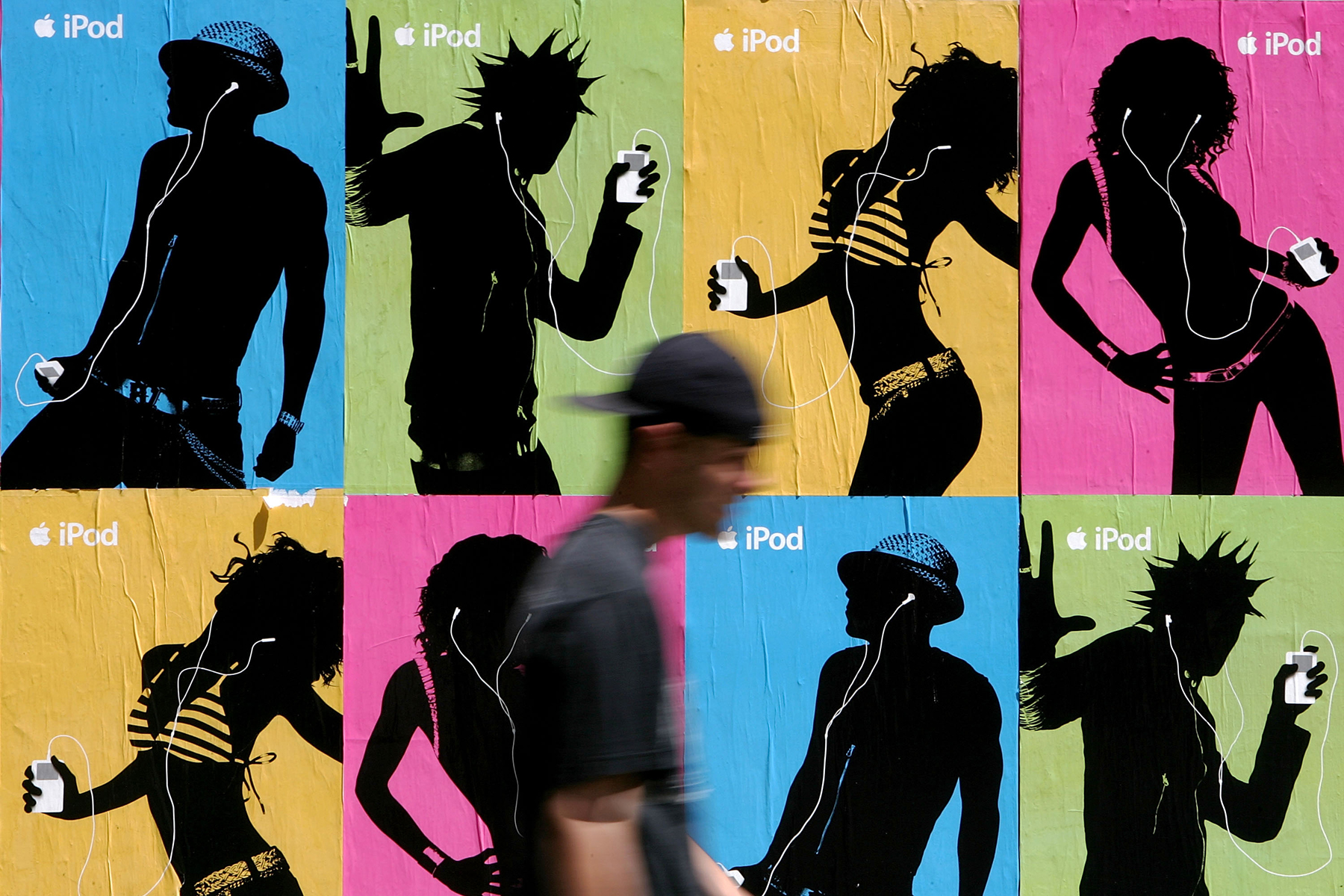 Farewell, iPod. You will always spin the clickwheel in our hearts. Apple has officially killed off the once-beloved MP3 player; the U.S. Apple Store finally sold out of the last iPod Touch on May 12. It’s the end of an era, because the iPod was more than just a portable jukebox. It was a way of life. It revolutionized the art of music fandom. It created the shuffle-play future we’re all living in. The last non-streaming music gadget. The last one that didn’t require you to ask a corporation’s permission to listen to your own music collection. The last one designed for you to just be alone with the sound. The best damn listening device in the history of human ears.

The lonesome death of the iPod might seem long overdue. Just last week, Techradar ran a piece with the headline, “You probably didn’t realize, but Apple still sells iPods.”

But I’m a ride-or-die fan of the iPod Classic, which they stopped making in 2014, though it’s easy to find them refurbished online. My Folklovermore playlist has “Right Where You Left Me” on it six times, because in a perfect world, this song would be on every Taylor Swift album at least twice. So what if my Classic is technically obsolete? Trends change, rumors fly through new skies, but I never leave the house without an iPod. If Apple wants to take it away, they’ll have to pry it from my cold, dead hands. (Which probably got so cold and dead from the clickwheel.)

People talk about this device in terms of how it started the digital-music era, or even how it paved the way for the smartphone. But in retrospect, now it looks like the last format designed for old-school pre-streaming trends, where music is something you “have,” rather than something you lease.

Listening to the iPod, you’re off the grid. You are not being tracked, measured, counted, rated, studied, data-mined, or researched. It’s nobody’s business, just you and the tunes. It keeps track of play counts, but that’s just for your personal stat-crunching amusement — it doesn’t judge you.

When the iPod arrived in 2001, it seemed too good to be true, promising “a thousand songs in your pocket.” Before that, if you took music on the go, you wore a Walkman, maybe packing a spare cassette or two. But an iPod blew those limits away. You could hike up and down a mountain listening to nothing but Velvet Underground live bootlegs. (My iPod has 9 hours of “Sister Ray” alone.) Or shuffle from New Orleans hip-hop to opera to soukous to dub. The iPod zapped all the boundaries of genre or era, creating a new breed of pop omnivore. It was a cross-cultural, cross-generational smash, a Sexy Sadie that came along to turn on everyone, opening minds to the raptures of the shuffle-play headspace. There was a 2006 book about the iPod with a totally right-on title: The Perfect Thing.

Most fans would say the iPod era really ended with the Classic — that’s the “Perfect Thing” version. The Touch had a wi-fi connection, but that just made it an inferior knock-off of a phone, and the beauty of the iPod was full immersion. You couldn’t check emails while listening, or watch TV. You couldn’t scroll what your faves did or said or wore today. Just their music. Hours and days and weeks of that glorious shit.

When Apple debuted these shiny gadgets in 2001, it seemed obvious that a song, even a digital one, was worth owning. (Or stealing.) You had Kazaa, Limewire, Gnutella, ZShare, eMusic — so many ways to curate your own private MP3 stash. You could listen to your System of a Down tunes because they were yours. You didn’t get asked for a password. The only two-factor verification you needed was “I cry” and “When angels deserve to die.”

You can still snag other MP3 players, sure, but there’s something about this one. It created whole new kinds of fan devotion. The iPod boom went with the rise of emo, backpack rap, and other mass-romantic cult genres. For some reason, it made fans feel more personally bonded to their music. But it was also easier than ever to share mixes with your friends. To paraphrase the most quintessential of iPod albums, it made islands where no islands should go.

The iPod also made it easy to play around in other musical worlds. At least once a year, I spend a work day listening to all five hours of La Monte Young’s The Well-Tuned Piano, an opus I’ve heard only on the iPod. It’s a theater of eternal music, fitting in my clickwheel right between Ladytron and Lana Del Rey.

The peak was iTunes Version 8.0: the high-water mark of MP3 culture. As Jeremy D. Larson wrote in Pitchfork in 2018, “Never was my music more organized and easy to access than in the years of 2008 and 2009. If I had the ability to go back in time, I wouldn’t go warn Oppenheimer about the bomb or swat a butterfly just to see what happens, I would return to eight or nine years ago and prevent myself from ever updating iTunes.”

The next iTunes after that one had nightmarish search functions and interface. It also had — wait — that goddamn U2 album? Again? Sweet dancing mother of Judas, didn’t you delete that thing years ago? In classic Apple fashion, the Cupertino gang worked hard to break backward compatibility, requiring upgrades for the usual mandatory “features and security settings.” (What the hell does “security” even mean on an iPod? It’s gonna protect you from hearing “Helena” during a full moon in locust season? Warn you to take a deep breath every few Bright Eyes ballads?)

I love streaming playlists, but that’s a different experience, because there’s no pretense they belong to fans. Last fall, Spotify quietly did away with a feature that allows playlists to do one crucial job: end. After your mix reaches the last song, autoplay takes over and keeps going infinitely, unless you take the trouble to disable it. (I first noticed when my trusty “falling asleep in hotel rooms” mix kept waking me, because it wouldn’t fucking shut up.) In other words, a playlist is no longer choosing your own hour of music — it’s stalling for an hour until the algorithm takes over. It’s a reminder of how evanescent streaming culture is. You’re allowed to listen via the grudging consent of corporate overlords, only because they haven’t found a slicker way to charge you for it.

The iPod spirit lives on because it’s the idea that any random piece of sonic junk, from any era or any genre, can be yours just because you love it. The idea that your favorite song can be a reason to turn the phone off, not on. The idea that you can connect to your music directly, without going through any cloud except the ones Joni sang about. The idea that music belongs to the crazed lovesick freaks who live for it, and nothing else matters. In a way, that’s how the iPod will keep living on. It gave us a music world where we can all turn into iPods.