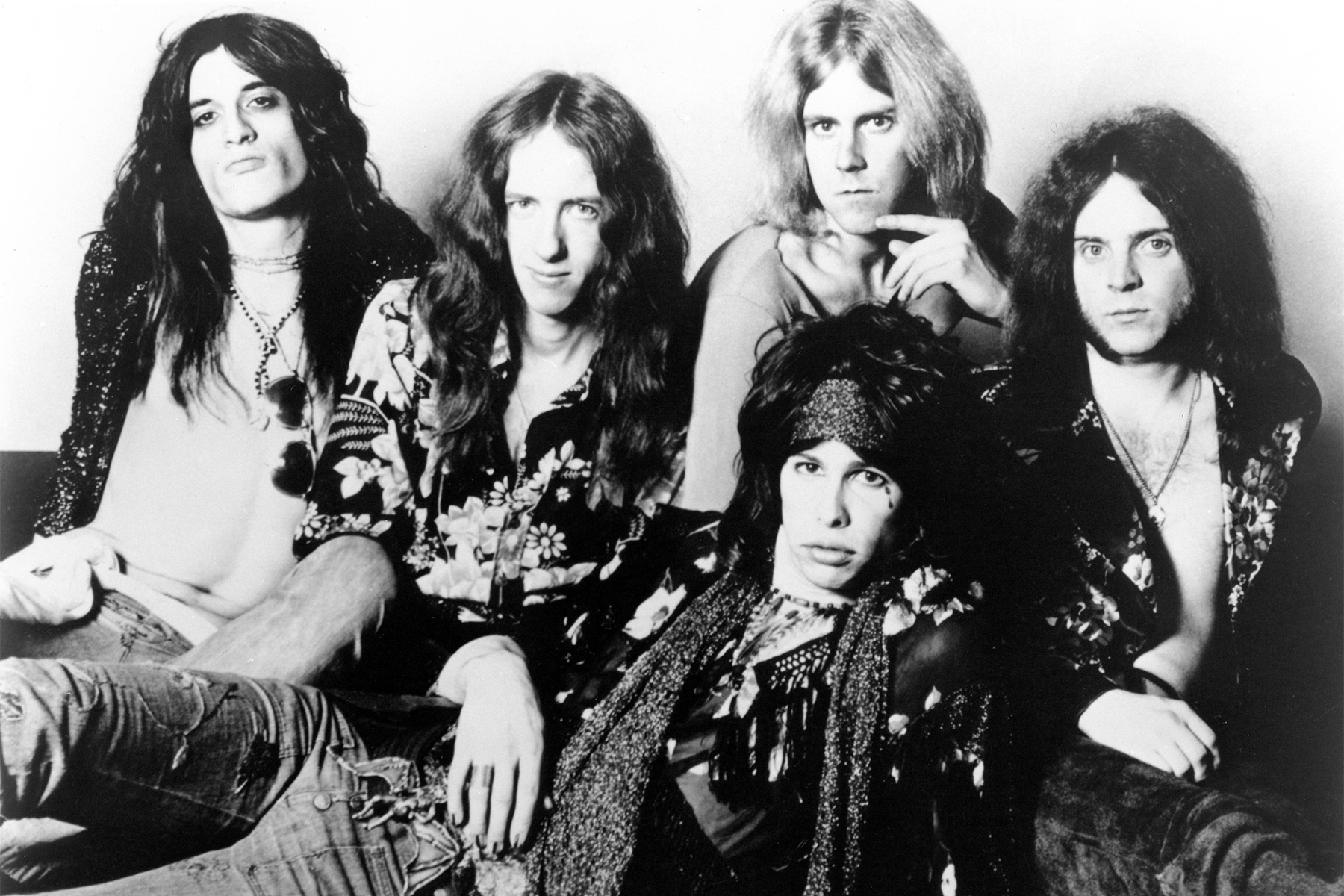 Before Steven Tyler and Joe Perry became the “Toxic Twins,” they were merely intoxicated. On a newly unearthed demo tape, which is coming out with the regrettably punny title The Road Starts Hear, that Aerosmith cut in 1971 — two years before releasing their self-titled debut — the band sounds loose and lubricated on embryonic versions of “Dream On,” “Mama Kin,” and other ditties they would be performing live for the next 50 years. It’s at once both a sonogram of the band as journeymen and a testament to the vision they had early on, the dogged determination to dream until the dream comes true — even if it sounds anything but dreamy in the moment.

The band members were all in their late teens or early twenties when they first came together in 1970. Originally, Tyler had corralled Perry, bassist Tom Hamilton, and drummer Joey Kramer into backing him on an audition tape for the Jeff Beck Group, which had recently parted ways with Rod Stewart. They ultimately figured they made a pretty good racket of their own together, nicked a moniker from Sinclair Lewis’ novel, Arrowsmith, and embarked upon becoming Boston’s greatest bar band. It’s that Aerosmith that plays on 1971: The Road Starts Hear, a recording that reveals their roots better than their debut LP.

Although Tyler’s pouty lips would earn the band Stones comparisons for most of its career, this record suggests the band was more obsessed with Beck, the Yardbirds, and Led Zeppelin, artists who came to prominence in the wake of the Stones’ blues-rock renaissance, making Aerosmith third-wave contributors (and giving them the latitude to create their own iconic sound eventually). On this tape, you can hear the carefree spirit in Aerosmith that would later influence bands like Mötley Crüe and Guns N’ Roses but none of the glossy, powerhouse pop sheen that would define “Kiss my sassafras”/”Love in an Elevator”-era Aerosmith in their comeback years. This is crude Aerosmith, the unrefined essence of what they would become.

After years in storage, the ancient tape’s sound is murky and blurry, which actually adds to the songs’ smoky, bluesy appeal. From the beginning, when the band members sound like they’re having a Marvin Gaye “What’s Going On”–style party as Perry noodles on Fleetwood Mac’s “Albatross,” before they all align on Aerosmith’s “Somebody,” they sound more casual than they ever did on any studio recording. This tape is most likely a rehearsal tape, so they sound off their guard. In the release’s liner notes, penned by Rolling Stone contributing editor David Fricke, the band members say they can’t even remember making this recording; it was just in a stack of tapes Tyler had asked a friend to store. But it shows the chemistry they had at the time, for better and worse.

Most of the material here would become middling deep cuts on the band’s early records, and the album versions almost always sound better, thanks to recording-studio sound which allows you to hear both Perry and rhythm guitarist Brad Whitford’s parts clearly in stereo. On every song here, Tyler sings in the kind of strange Kermit the Frog voice he used on the first album, before he embraced his James Browny rasp. And some of the songs, which were likely recorded only for the band, sound downright sloppy. On “Dream On,” the piano sounds out of tune, Perry flubs a few notes, and Tyler sounds like he’s gasping for oxygen on the high notes. But on the upside, the song features a long-forgotten outro for the song; where the studio single ends like the Twilight Zone theme, Perry and Whitford play an almost cheerful guitar line, giving it some historical importance. It just doesn’t live up to their later legend.

The best stuff here, though, comes when the musicians just kick into bar-rock mode. Their cover of Rufus Thomas’ blues number “Walkin’ the Dog,” sounds rowdy and dangerous here; even with Tyler’s flute solo, it sounds more like the party anthem it probably was before they professionalized it in the studio for Aerosmith. “Movin’ Out” (the first song with a Tyler/Perry songwriting credit to make it on an album) reeks of Led Zeppelin III patchouli with its psychedelic guitars and Kramer’s thumping drumbeat; the album version is boring by comparison with its weird phaser effect on Tyler’s voice and tighter playing.

Both “Somebody” and “Mama Kin” (two songs that sound almost exactly alike, except in that “Mama Kin” is better) show how Aerosmith were born with their signature groove intact. They likely learned that groove from messing around on blues songs like the release’s two blues rarities, “Reefer Headed Woman” and “Major Barbra.” It’s a feeling they’d later lose their grasp on. By the time they recorded “Reefer” for Night in the Ruts, they sounded more jaded and like they were going through the motions (this time with heavy-metal guitar distortion.) As for “Major Barbra,” they quickly abandoned it, sticking versions of it on their Classics Live and Pandora’s Box comps; it’s a shame that the version here doesn’t sound better because it’s a better performance than either of the official releases.

But because you can practically hear the dust infecting the tape heads, The Road Starts Hear feels more like a curious fossil, worthy of study, rather than a lost gem. This is not Aerosmith; this is the promise of Aerosmith. It’s rude awakenings, not the dream come true.