Cardi B Did Not ‘Mislead’ Court About Paris Fashion Week Trip, Judge Rules 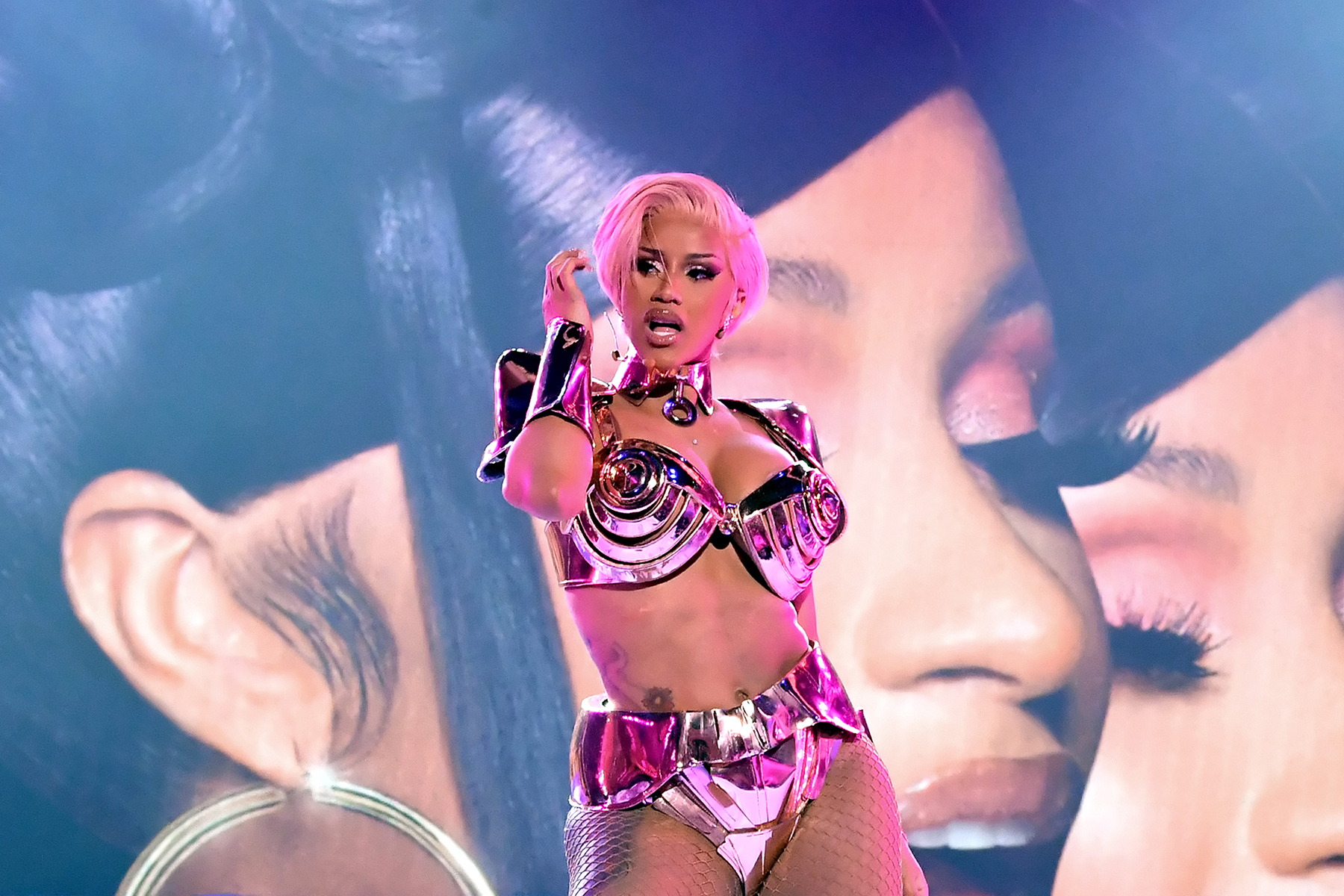 Update (10/13/2021): A federal judge has sided with Cardi B after the tattooed man suing her for $5 million in California asked that she be punished for her recent trip to Paris Fashion Week.

U.S. District Judge Cormac Carney says in a new ruling obtained by Rolling Stone that the “WAP” rapper will not face any sanctions and can keep her February trial date because she didn’t say anything “misleading” when she asked for the trial delay citing the September 4th birth of her son.

The judge writes that he agrees with Cardi’s argument that “traveling to Paris Fashion Week was different than traveling for this trial: whereas she was able to leave her newborn baby in New York in the care of her mother and a baby nurse for the short trip to Paris, she would not be able to make such arrangements for the lengthy travel required to prepare for and attend the trial in this case.”

Original Report (10/11/2021):
Cardi B is fighting back, defending her recent trip to Paris Fashion Week as an “important” and “brief” work opportunity that hardly compares to a three-week trek to California for a court trial with a nursing newborn and three-year-old daughter in tow.

In a withering new statement to a federal judge obtained by Rolling Stone, the “WAP” rapper is blasting the claim by a man suing her for $5 million that her high-profile excursion to the City of Lights was “deliberately” misleading considering she cited travel-safety concerns to get their October trial date pushed to February.

The heavily tattooed Los Angeles plaintiff, Kevin Brophy, argues he’s been waiting years for a jury to hear his claim that Cardi misappropriated his likeness in mixtape cover art that “explicitly misrepresents” him giving her oral sex, and he deserves his day in court.

But Cardi says she and her rapper husband, Offset, needed only a week for the Paris trip, so unlike travel for a California trial, they were able to leave their young children at home in New York with her mother and a nurse. The Grammy winner also argues the trip, unlike a trial, was done at her own pace in coordination with her doctor and involved masking and multiple Covid-19 tests to ensure the safety of her entire family.

She filed the new statement after Brophy argued last week that she should face sanctions for taking the Paris trip after telling the court in a September 10th declaration that her family needed to avoid risky travel.

Cardi, whose legal name is Belcalis Almánzar, is making it clear she considers the accusation a form of shaming for a working mom balancing childbirth, the pandemic, and an ongoing career.

“This was the only trip I have taken since the birth of our son on September 4, 2021. I was of course very concerned with, and made thorough arrangements for, the well-being and care of our children in our absence,” she says.

“During our absence, our three-year-old daughter and our newborn son stayed with my mother and a baby nurse for our son, in New York. Both children were and remain in perfect health,” she adds. “I have had the good fortune to become identified almost as much for fashion as for my music, and the opportunity to be part of the ‘inner circle’ of the elite of the fashion world, representing some of the most famous designers’ work, was a rare opportunity, and important for my career, especially given my absence from live performance over most of the last two years due to the pandemic, and the fact that I have been working on a new, upcoming album.

“That opportunity was so important and compelling to my career that I could not reasonably turn it down, provided of course that we were able to make adequate provision for the care of our children for the few days my husband and I would be gone,” she continues.

She says the trip only started coming together on September 22nd, when the fashion brand Mugler re-upped an invitation to appear on its behalf. From there, additional events involving Balenciaga and diamond designer Messika were added to her itinerary.

She and her small entourage flew to Paris on September 26th and returned October 4th, used a private-car service in the French capital, and stayed at the Park Hyatt Vendome hotel, she writes.

She says while she was in Paris, a driver remained on standby in New York for any needs related to her children. “During the trip, I talked to our children, via FaceTime, daily. I spoke with our daughter each morning, afternoon, and evening, and the baby nurse would contact me via FaceTime in the afternoon whenever our son was up so I could see and speak to him,” she explains.

She argues the trip she would take to California for a full-blown trial over the lawsuit filed by Brophy would be a completely different endeavor.

“A trial date in October would have required us being in Southern California for up to three weeks or more. The children would have had to be looked after here in California, away from me for extended periods while I would be gone for trial preparation meetings, traveling to and from court, and in the courtroom all day every day during the trial,” she writes. “I was also concerned I would be distracted and exhausted prior to and during the trial, not only from the travel and trying to juggle family needs and trial at the same time, but from lack of sleep due to my newborn’s schedule and demands.

“I fully understand that our going to Paris for such a major event could lead someone to assume it all ‘must have been’ a long time in the planning, and well-known far in advance, but it was not that at all. My declaration of September 10th, 2021, was entirely truthful, I concealed nothing, and the opportunity to go to Paris did not even first come to my attention until a couple of weeks later,” she says. “We were able to (take the trip) thanks to my mother, the baby nurse, and others, and so we opted to take advantage of this incredible opportunity.”

In his underlying lawsuit, Brophy claims the use of his likeness on the cover art of Cardi’s 2016 mixtape Gangsta Bitch Music Vol. 1 has caused him great “distress and humiliation.”

The cover shows a man covered with Brophy’s highly distinctive back tattoos with his face between the singer’s legs, purportedly performing oral sex as she drinks a beer and “stares lustfully into the camera,” his filings state.

“Plaintiff is a family man with minor children. He and his family reside near Los Angeles where he works professionally for a surfing and lifestyle company,” his lawsuit claims.

He says after he learned of the “egregious” misappropriation of his likeness, he was faced with “uncomfortable comments, questions, and ridicule from community members and family.”

“His family dynamic has been adversely affected, and his work and professional life have been unalterably damaged by his having to explain this unconsented-to, offensive, and malicious use of his image,” his lawsuit states.