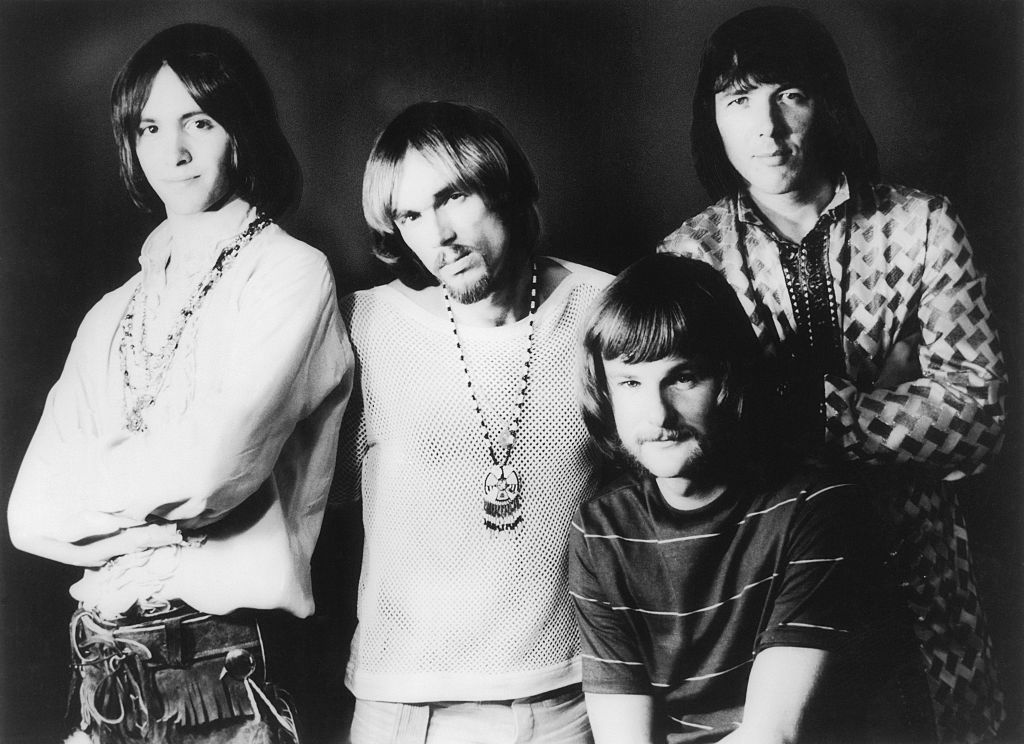 Ron Bushy, the steadfast drummer for hard rock group Iron Butterfly who appeared on the group’s 1968, 17-minute rock opus “In-A-Gadda-Da-Vida,” died Sunday at the age of 79. A cause of death was not immediately disclosed.

“Ron Bushy, our beloved legendary drummer of Iron Butterfly, has passed away peacefully, with his wife Nancy by his side, at 12:05am on August 29th at UCLA Santa Monica Hospital,” the band said in a statement. “All three of his daughters were also with him. He was a real fighter … He will be deeply missed!”

Bushy was the only original member to appear on all six of the band’s albums, beginning with 1968’s Heavy through 1975’s Sun and Steel. He continued performing with various incarnations of the band for decades following their commercial peak.

While the group released their debut album to some commercial success — though every member besides Bushy and singer Doug Ingle would leave the group following its completion — it was the follow-up released the same year that earned them rock immortality. The title track from In-A-Gadda-Da-Vida, whose title was based on Bushy’s mishearing of “In the Garden of Eden,” remains part of the rock canon; a bellwether of the genre’s more bombastic, psychedelic side of the late 1960s.

“‘In-A-Gadda-Da-Vida’ was written as a slow country ballad, about one-and-a-half minutes long,” Bushy told It’s Psychedelic Baby magazine last year. “I came home late one night and Doug [Ingle] had been drinking a whole gallon of Red Mountain wine. I asked him what he had done, while he has been playing a slow ballad on his Vox keyboard. It was hard to understand him because he was so drunk … so I wrote it down on a napkin exactly how it sounded phonetically to me: ‘In-A-Gadda-Da-Vida.’ It was supposed to be ‘In the Garden of Eden.’”

As the song expanded, the group would eventually enter Ultrasonic Studios in Hempstead, Long Island the following year in 1968 to record the track. “We set up our equipment and [engineer] Don [Caselle] says, ‘Guys, why don’t you just start playing and let me get some mic levels,’” he told Vinyl Writer earlier this year. “We decided let’s do ‘Vida’ … we played the entire song without stopping. To make a long story short, when we finished, he said, ‘Guys, come into the control room.’ We listened to it and were blown away.”

A drastically edited version of the song became a radio hit, helping the album go to Number Four on the Billboard 200 and becoming one of the biggest-selling albums of the year.

Bushy’s primal drumming would go on to influence many of his peers. “Ringo [Starr] and Paul [McCartney] came to see us at Royal Albert Hall,” Bushy said last year. “Ringo took me out to dinner and drinks and said to me, ‘I hope you don’t mind I stole a part of your drum solo’ in ‘In-A-Gadda-Da-Vida’ [for the Abbey Road track “The End.”] I told him not at all. ‘I took it as a compliment coming from you.’”

The oft-covered song — everyone from the Residents to Slayer to the Incredible Bongo Band released versions of it — remains a pop culture staple, famously appearing in The Simpsons in 1995 and as sample fodder, via the Bongo Band’s version, for Nas’s 2004 song “Thief’s Theme” and 2006’s “Hip Hop Is Dead.”

Speaking to Vinyl Writer magazine earlier this year, Bushy reveled in his individualistic style. “I am self-taught,” he said. “I just play what I feel. I don’t read or write music. I am just me, my style.”