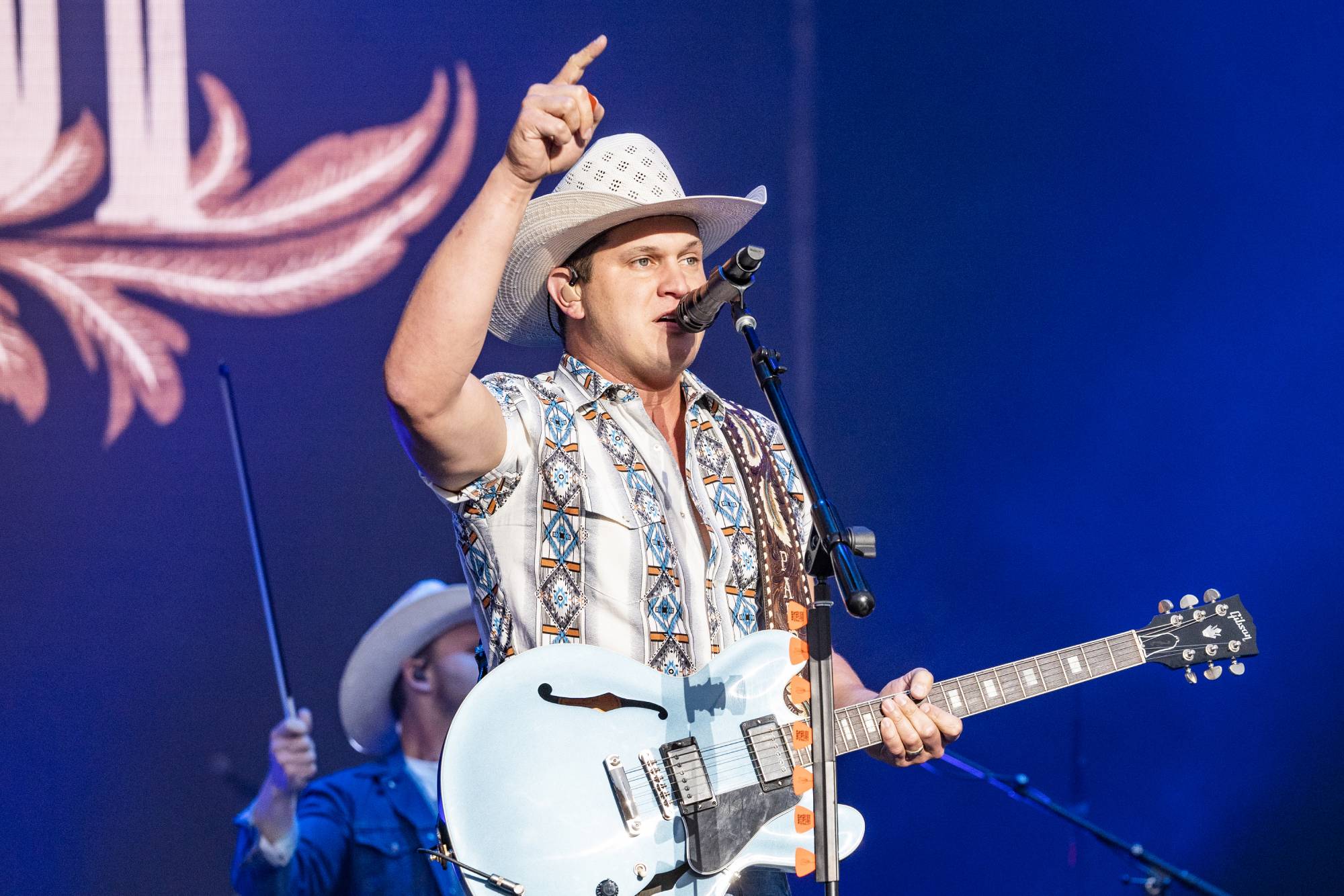 Jon Pardi adds his distinctive twang and country instrumentation to a brooding cover of Metallica’s “Wherever I May Roam,” which appears on the upcoming Metallica Blacklist, accompanying the metal legends’ 30th anniversary Black Album reissue.

Pardi has flirted with heavy music on his albums, most recently infusing “Me and Jack” from 2019’s Heartache Medication with thrash tempo and an unhinged guitar-fiddle throwdown. The California native’s take on “Wherever I May Roam” is fairly straightforward, emphasizing the song’s bottom-heavy sonics and adding some fiddle and steel to make the signature minor-key melody feel more haunting.

To their credit, Pardi’s band does an admirable job and finds ways to emulate Kirk Hammett’s finger-tapping and shredding without copying it verbatim. It also forces Pardi to show off some new tricks as a singer: He commits to the bit and nails the odd intervals of James Hetfield’s melody with precision. Like Metallica’s original, Pardi’s version stretches past the 6-minute mark, but ends with a brighter fiddle outro.

Pardi’s recording is one of two new versions of “Wherever I May Roam” out this week, as reggaetón star J Balvin also introduced his take. The Metallica Blacklist features 53 artists covering tracks from the Black Album, including Jason Isbell and the 400 Unit, Miley Cyrus, Chris Stapleton, Phoebe Bridgers, and Kamasi Washington.

The Metallica Blacklist will be available September 10th in digital form, as well as remastered and expanded versions of Metallica’s Black Album.