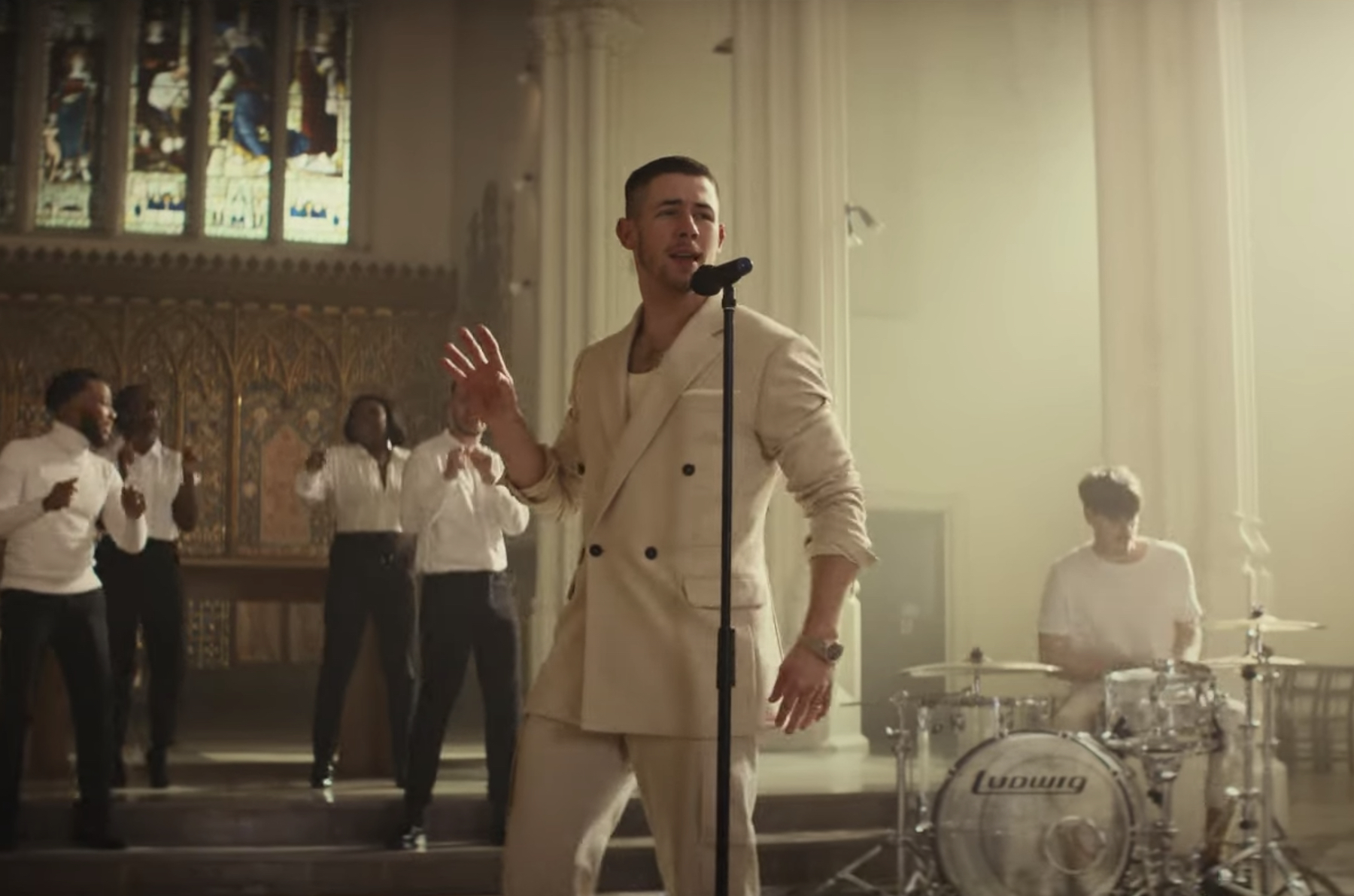 Nick Jonas picks up his “Spaceman” music video journey where he left off in the new visual for “This Is Heaven.” The song is the singer’s second single from his newly released Spaceman album, which arrived last Friday.

The Daniel Broadley-directed opens on Jonas as he’s writing lines on a typewriter about a space man whose jetpack ignites and launches him skyward. The written scene he describes is where the video of “Spaceman” ended.

While Jonas is no longer stranded in space in the new video, he is still isolated for most of the clip. He wanders empty hallways and a forest alone as he sings about being in heaven when he’s with the one that he loves. For the buoyant chorus scenes, he is no longer alone, as a choir and band provide backup in a bright cathedral. “This is heaven,” he and the choir sing. “And I don’t know how this could get much better/Than you and me, here right now.”

“This song means so much me, to this album,” Jonas said on Instagram. “I feel like it’s sort of the center point, and kind of the thing that propels us into the theme of commitment, and honestly [it’s] just one of my favorites.”

He also discussed how the video expounded on the “Spaceman” theme, “but giving it a different environment and talking about kind of what happens when you are able to escape in whatever way is right for you,” he said. “For some people that’s a good book, video games, a nice meal, dinner… whatever it is, but this is about that escapism feeling.”

On Monday, Jonas surprise-released a deluxe edition of Spaceman, which includes remixes of “This Is Heaven,” “2Drunk,” and “Don’t Give Up on Us” alongside two new songs: “Selfish” featuring his fellow Jonas Brothers and “Dangerous.”