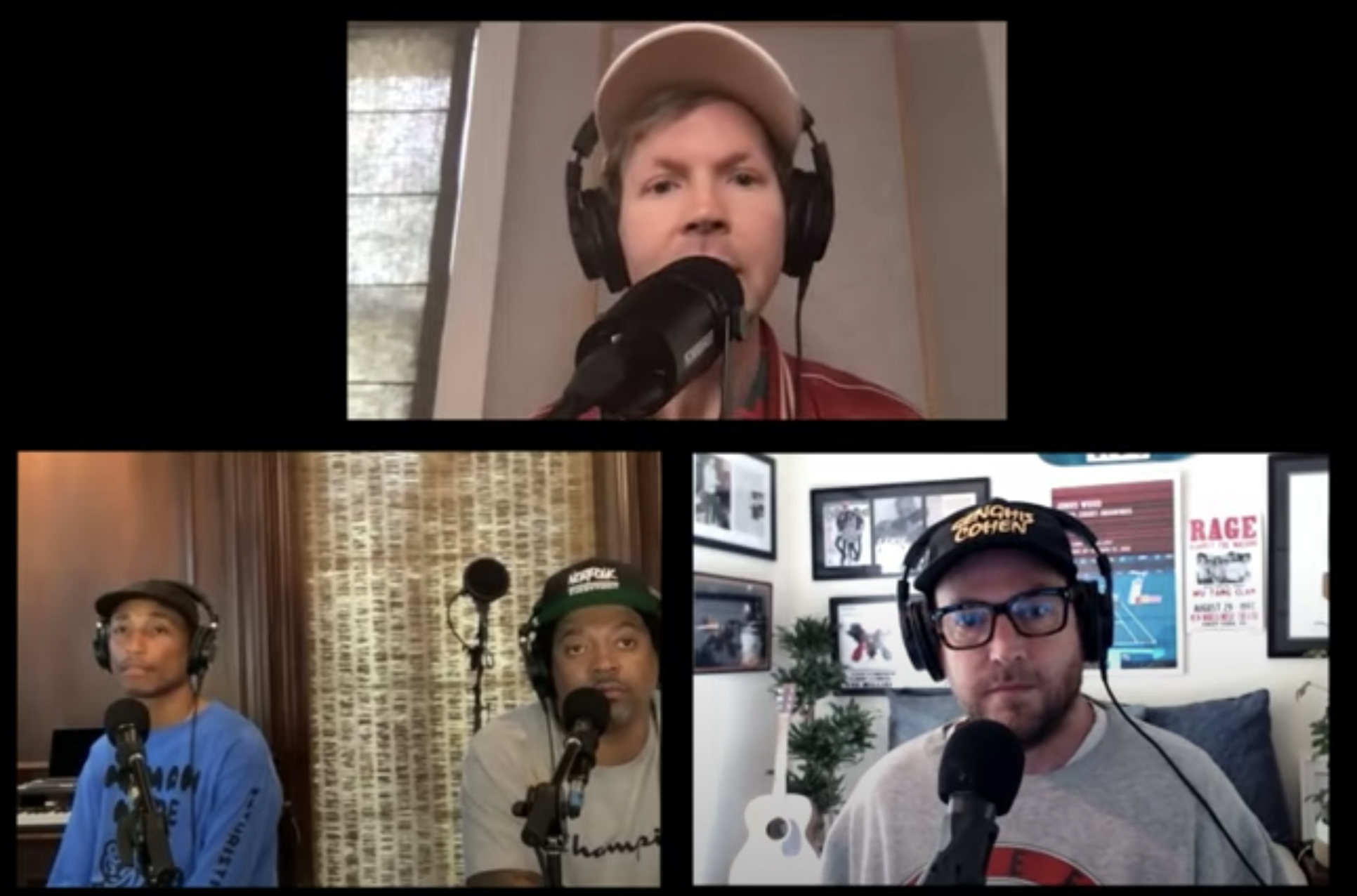 Beck and Pharrell Williams discuss the future of music, the Capitol riots, social change and streaming in this exclusive excerpt from the pair’s wide-ranging interview from the upcoming episode of Williams’ OTHERtone podcast, premiering Monday, March 15th.

At the onset of the clip, Beck discusses how different the entry point into the music industry has become since his career began over 30 years ago.

“Virtually every child has a laptop where they have the possibility to make beats or tracks or record some bedroom masterpiece and put it out there. Soundcloud, Spotify,” Beck said.

“You have like really young people coming into music in a way that we really haven’t had before. Because you used to have to have that like 10 years of building your reputation in a scene and getting access to equipment. And then by that time, you’re in your mid-twenties before anybody’s ever heard of you. And now, you know, kids are coming out as teenagers, essentially like making albums on their laptop.”

However, technology has its drawbacks: Kids and adults today are now “hard-wired” to their devices and social media, with Williams noting how that’s how people have become “radicalized,” leading to the January 6th insurrection attempt.

“Not to get all political but, I’m sorry, all those people acting bananas, that’s called radicalization. They were radicalized and they don’t even know it,” Williams said.

“Imagine going into your T-Mobile store or Verizon store, ‘Yeah, lemme get that phone, lemme get that service package right here,’ not knowing that package you got just landed your ass in jail because you were one of them people at the Capitol that one day… I’m not saying that it’s their fault, it’s just that you have no idea what you’re signing up for.”

During the chat, Beck and Williams discussed how they’ve been working on-and-off together for the past 10 years; seven of those recordings were released on Beck’s 2019 LP Hyperspace. With the producer potentially again assisting the singer, Williams asked Beck if his next album would be pandemic-inspired.

“To me, there’s so much happening in our time that to articulate that in music is daunting, it’s like a bottleneck, it’s like having 500 gallons in a one-liter bottle trying to get out,” Beck said, adding, “The whole last year, I wanted music that made me want to move.”

“My suspicion is that it needs to work for an arena and a bedroom,” Williams said of Beck’s next LP.