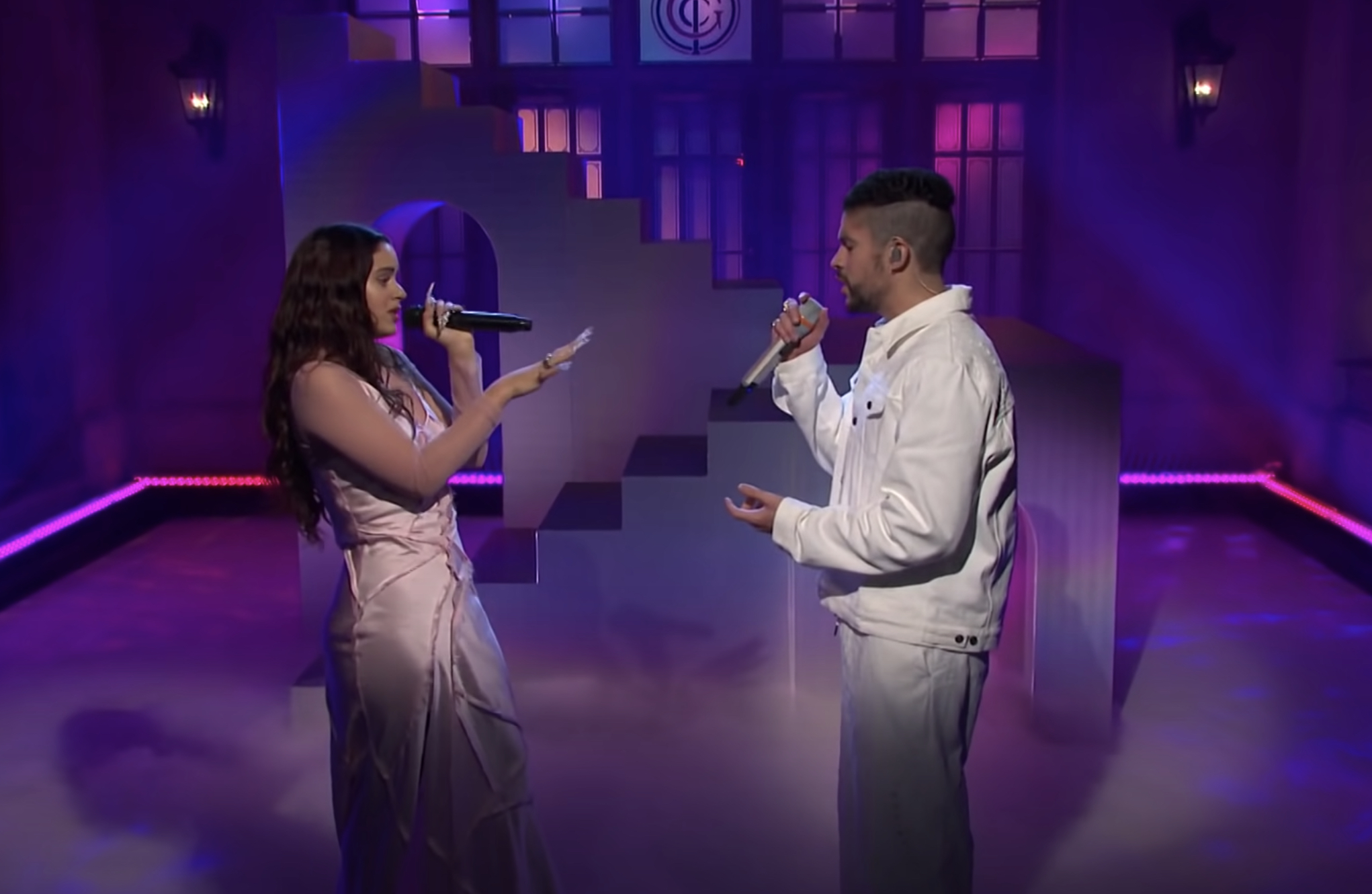 Bad Bunny served as musical guest on the latest episode of Saturday Night Live, performing two tracks from his 2020 LP El Último Tour Del Mundo and appearing in a pair of music-themed sketches.

A week after releasing the video for “La Noche de Anoche” on Valentine’s Day, Bad Bunny and guest Rosalía recreated that visual at SNL’s Studio 8H. Later in the episode, Bad Bunny — who was making his SNL musical guest debut, although the singer did make a cameo in an “SNL At Home” quarantine episode in April 2020 — sang the ballad “Te Deseo lo Mejor” alone onstage.

Bad Bunny also made a pair of in-sketch cameos during the show: in the musical sketch “Loco,” about how Ego Nwodim and Pete Davidson have gone crazy during their respective Covid-19 quarantines. In the video, Bad Bunny shows up as a house plant telling Nwodim that she is mentally ill:

In the “Sea Shanty” sketch — inspired by the viral TikTok trend — Bad Bunny showed up midway through as the whaling ship’s navigator. “The ocean is that way, and that way, and behind us, and kind of all around,” he tells his shipmates:

During the episode, SNL announced that Nick Jonas will be both host and musical guest on the next episode, where the singer will perform a new track titled “Spaceman.”

A dream come true. Let’s get it @nbcsnl!! See you February 27th! pic.twitter.com/V318MLVQqF