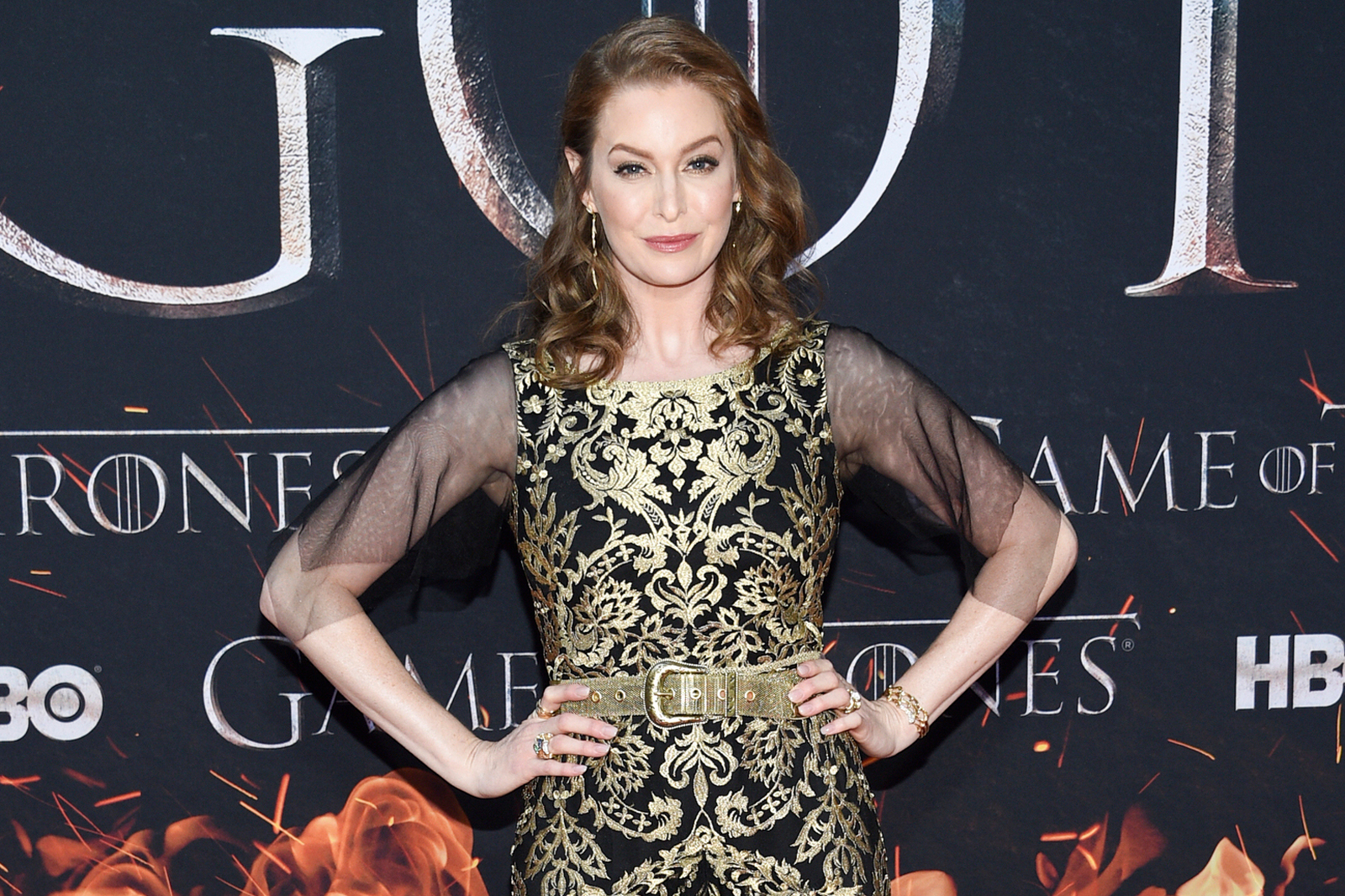 Game of Thrones actress Esmé Bianco is the latest woman to come forward with allegations of physical and psychological abuse against Marilyn Manson, who the actress dated in 2011.

After hinting that she was also a Manson survivor in an Instagram post last week — joining fellow actress Evan Rachel Wood and at least five other women — Bianco detailed to the Cut the abuse Manson allegedly inflicted on her during the few months she lived with the shock rocker, including accusations that Manson inflicted wounds like cuts and bruises that left permanent scars on her body.

On one occasion, Bianco claims Manson cut her torso with a knife. “I just remember laying there, and I didn’t fight it,” Bianco told the Cut. “It was kind of this final-straw moment where I had lost all sense of hope and safety.”

Bianco, a fan of Manson’s music growing up, first met the singer in 2009 when she was cast in a unreleased Manson music video; she was friends with Manson’s then-wife Dita Von Teese through the burlesque world, but Manson and Bianco’s relationship didn’t begin until two years later, following Manson’s divorce.

The British-born Bianco returned to the U.S. in 2011 to star in Manson’s Lewis Carroll-inspired film Phantasmagoria, and her visa at the time was dependent on that project; months later, when Bianco wrestled with breaking up with Manson, she feared that the singer would sabotage her visa as retribution.

During Bianco’s time living with Manson in 2011 — which lasted one month before she fled one night while Manson was sleeping — the first episode of Game of Thrones premiered, during which Bianco’s prostitute character featured in a sex scene. Bianco said Manson would repeatedly replay the sex scene for guests on a projector, humiliating her.

“I think I would have made excuses for him,” Bianco told the Cut. “I was in survival mode at that point, and my brain had taught me to be small and agreeable.”

Bianco also detailed and echoed what many other Manson accusers had previously alleged: Manson was overbearing and often told the women he was in relationships with what to wear (for Bianco, lingerie and short pencil dresses), when to sleep, and what to eat. “I basically felt like a prisoner,” Bianco said. “I came and went at his pleasure. Who I spoke to was completely controlled by him. I called my family hiding in the closet.”

The “breaking point” for Bianco came when Manson on one occasion chased her around with an axe; Manson’s assistant at the time corroborated the incident to the Cut. Bianco suffered a panic attack from that incident, and left Manson soon after. She broke up with him via email a month later in the summer of 2011.

Nearly a decade later, Bianco told the Cut that she still suffers from PTSD from her few months living with Manson. In 2019, Bianco and Wood met and began to advocate the Phoenix Act that extended California’s statute of limitations on domestic violence by five years. Like Wood, Bianco spoke of her abuse to the California senate, although she did not name Manson at the time. The Phoenix Act passed in 2020.

“The name of my abuser is Brian Warner, also known to the world as Marilyn Manson,” Wood wrote on Instagram last week. “He started grooming me when I was a teenager and horrifically abused me for years. I was brainwashed and manipulated into submission. I am done living in fear of retaliation, slander, or blackmail. I am here to expose this dangerous man and call out the many industries that have enabled him before he ruins any more lives. I stand with the many victims who will no longer be silent.”

Wood has long spoken out about her relationship with an abusive partner, but her statement marked the first time she named Warner as her alleged abuser. At least five other women came forward with similar accusations against Manson.

Warner addressed the allegations last week following the initial series of accusations. “Obviously, my art and life have long been magnets for controversy, but these recent claims about me are horrible distortions of reality.” Warner wrote on Instagram. “My intimate relationships have always been entirely consensual with like-minded partners. Regardless of how – and why – others are now choosing to misrepresent the past, that is the truth.”

In the wake of the allegations, Warner’s current record label, Loma Vista Recordings, issued a statement dropping the artist from the label. “In light of today’s disturbing allegations by Evan Rachel Wood and other women naming Marilyn Manson as their abuser, Loma Vista will cease to further promote his current album, effective immediately,” the label said. “Due to these concerning developments, we have also decided not to work with Marilyn Manson on any future projects.” AMC Networks, the owner of the network Shudder that was set to show Warner as an actor in the upcoming Creepshow anthology, told Vanity Fair that they would not show the segment and Warner’s longtime manager, Tony Ciulla, dropped him as a client after 26 years.

Attempts to reach Manson were unsuccessful.