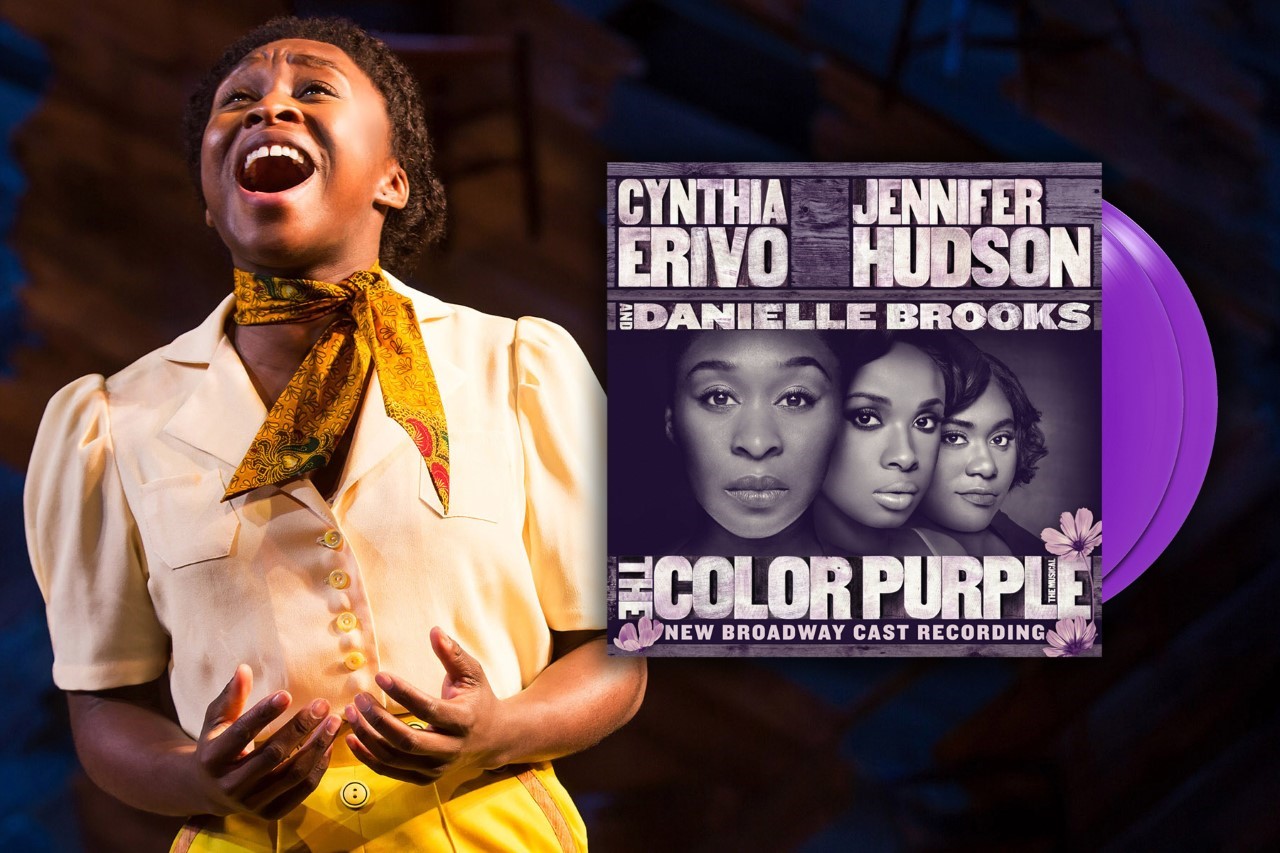 Products featured are independently selected by our editorial team and we may earn a commission from purchases made from our links; the retailer may also receive certain auditable data for accounting purposes.

To celebrate the five-year anniversary of the Grammy Award-winning recording, Broadway Records has released a limited edition vinyl set of the 2016 cast album of The Color Purple.

The double record set of The Color Purple is printed on purple vinyl, and comes with a special album insert with photos from the Broadway production. The set is complete with show artwork, full billing, track list, album notes, and additional production photos.

Directed by John Doyle, The Color Purple received the 2016 Tony Award for Best Revival of a Musical and Best Actress in a Musical for Cynthia Erivo‘s Broadway debut as Celie, as well as rave reviews for the powerful performances by Jennifer Hudson (Shug) and Orange Is the New Black‘s Danielle Brooks (Sofia). The musical is a revival of the 2005 Broadway show, which was based on the Oscar-nominated 1985 film adaptation of Alice Walker’s Pulitzer Prize-winning novel.

The album features the heart-wrenching recording of “I Am Here” by Erivo, who Rolling Stone spoke with in 2016 during the recording of the cast album. “I feel super proud to be able to sing that song because I feel like it’s not specifically just for me,” Erivo says. “I feel like it’s for all people who need a moment to check in with themselves and realize that they themselves are OK, and they don’t need many things to make them OK. I feel like that isn’t specifically just for Celie; I think that she sings it for everyone else as well.”

Warner Bros. recently recently announced the big-screen adaption of the musical would be getting a release date of 2023, with Steven Spielberg, Oprah Winfrey and Quincy Jones joining as producers, and co-director of Beyonce’s Black Is King, Blitz Bazawule, set to direct. While there’s no official word yet on casting for the film, the movie will feature the iconic soundtrack from the musical.

In addition to being available for preorder on BroadwayRecords.com, the limited edition vinyl set is on Amazon and BarnesandNoble.com.