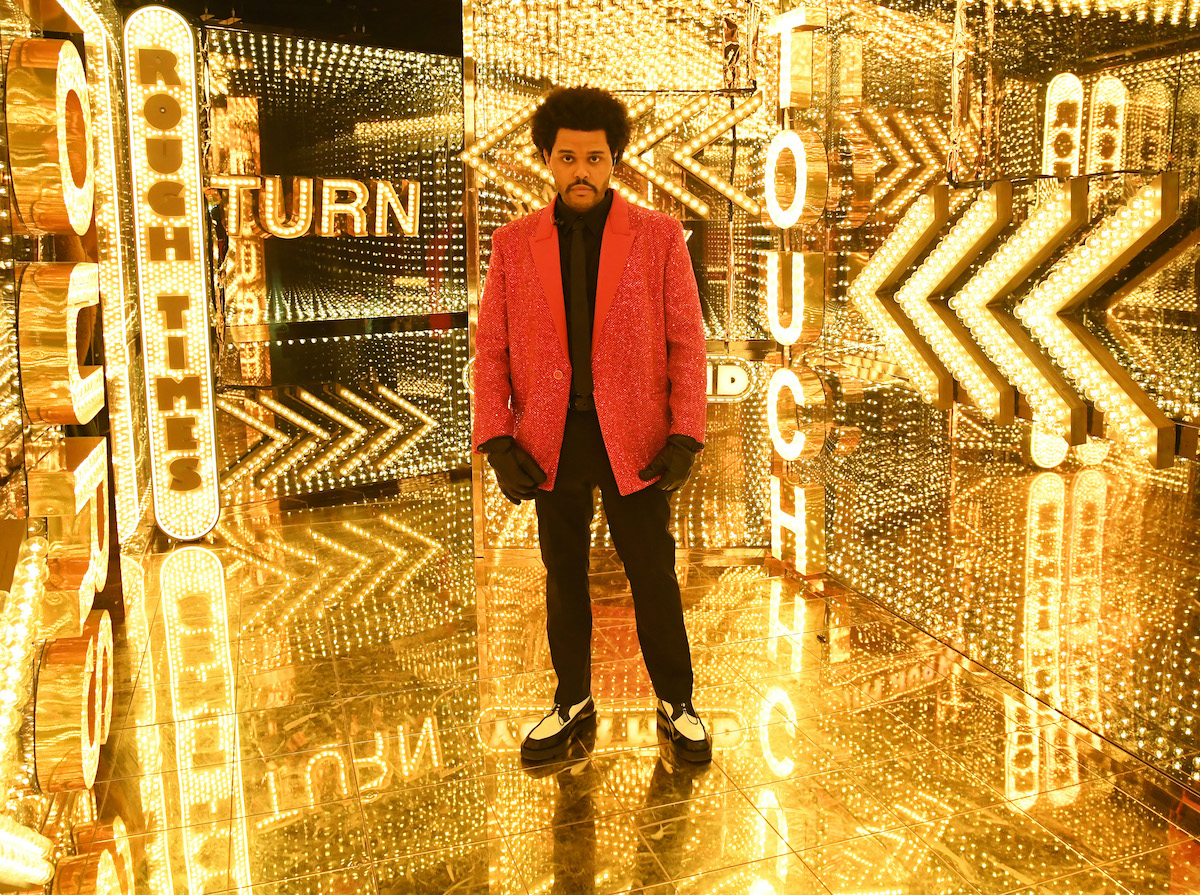 The Weeknd headlined the Super Bowl LV halftime show with a career-spanning, sequin-bombed medley of his biggest hits — from songs from 2011’s House of Balloons to tracks from 2020’s After Hours.

Abel Tesfaye kicked things off in a sleek convertible in front of a Vegas-themed backdrop. A choir with red eyes (a nod to Daft Punk) parted to reveal the man himself — magically — in front of a glowing background in a red, sequined suit before he launched into “Starboy.” The choir shed their masks for a snippet of “The Hills” before segueing into “Can’t Feel My Face,” backed by a crew of doubles decked out in red suits and gauze masks in a trippy hall of mirrors.

“I Feel It Coming” came next, as the musician grooved in front of a sky filled with fireworks. “Save Your Tears” followed, as the Weeknd danced across a set composed of neon buildings — sexy Fifty Shades of Grey track “Earned It” came quickly on that song’s heels. Then the masked Weeknds were back for a lock-stepped dance to “House of Balloons”/”Glass Table Girls” (which samples Siouxsie and the Banshees’ “Happy House”). The Weeknd then appeared to lead his doubles into a high-energy rendition of the massive hit 2020 “Blinding Lights” — the grand finale.

The Weeknd previewed his performance during a press conference earlier this week. While he promised it wouldn’t be as bloody and gruesome as some of the visuals that have accompanied After Hours, he said, “I will still incorporate some of the storyline — it’s a very cohesive story I’m telling throughout this year, so the story will continue, but we definitely will keep it PG for the families. I’ll try my best.”

During the press conference, the Weeknd also cited Diana Ross’ 1996 performance as his favorite halftime show: “She’s just so glamorous and the show just makes me smile. And she has a great exit with the helicopter, where she lands in the middle of the field, grabs onto it, and flies out into the clouds. I wish I could’ve done that, I wish I’d thought of it.”