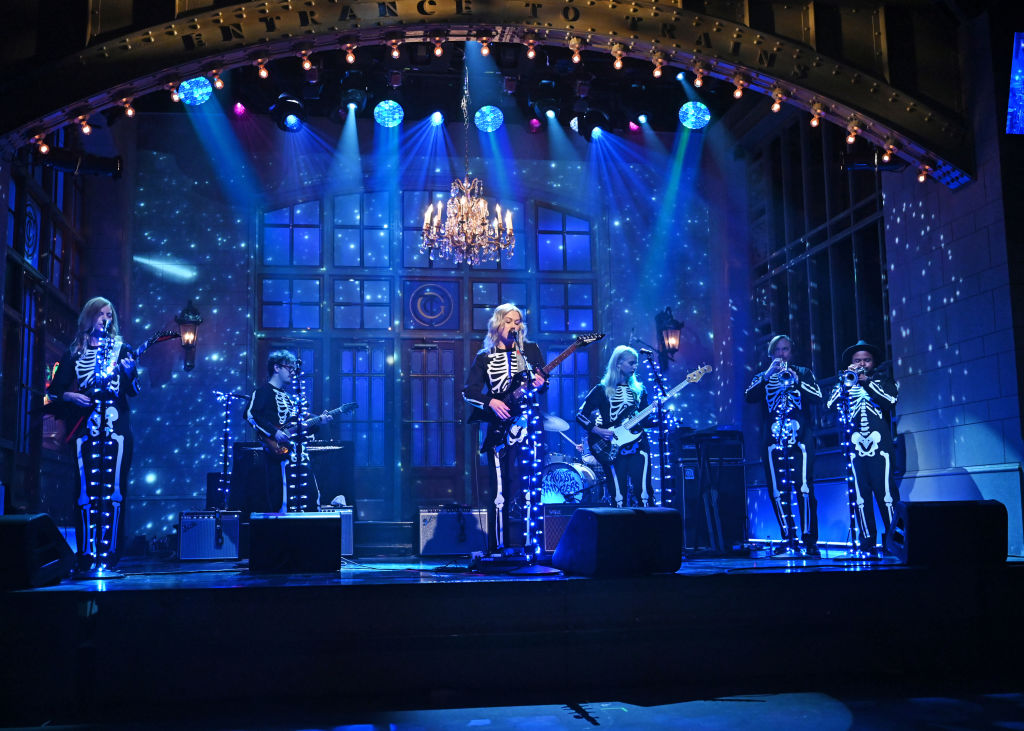 Phoebe Bridgers made her Saturday Night Live debut with a performance highlighting a pair of tracks off her 2020 LP Punisher, Number 10 on Rolling Stone’s Best Albums of 2020 list.

Bridgers opened her musical spot with “Kyoto,” with the singer and her band all wearing her now-trademark skeleton suits. Later in the show, Bridgers returned with the Punisher closer “I Know the End,” a slow burner that built to a boisterous conclusion where Bridgers repeatedly smashed her guitar over an amp.

With the Covid-19 pandemic preventing Bridgers from supporting her new album on tour, the singer instead spent the year staging plenty of noteworthy virtual performances, including playing “Kyoto” from her bedroom on Late Late Show and from her bathtub on Jimmy Kimmel Live!, a take on “Savior Complex” from a haunted Christmas attic on The Tonight Show and “I Know the End” in an empty theater on Late Night With Seth Meyers.

Bridgers, who recently appeared on Julien Baker’s “Favor” and Charlie Hickey’s “Ten Feet Tall,” is next booked to play at this year’s virtual Tibet House benefit concert on February 17th.