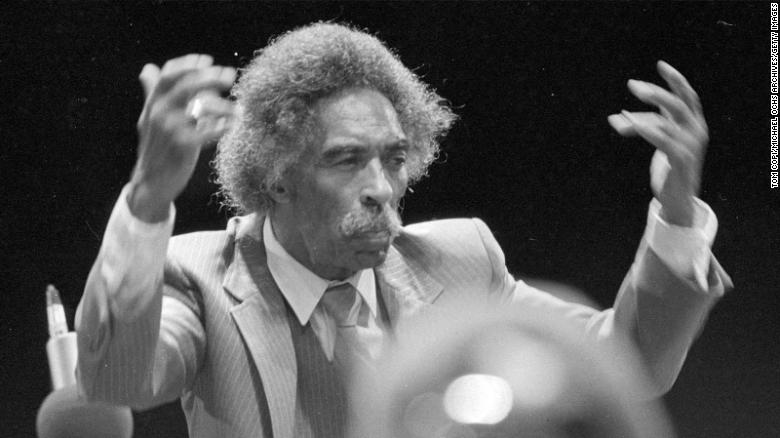 Elegant, swinging, exuberant – it’s hard to find one word to describe the lush music of Gerald Wilson, one of the most important bandleaders in the history of jazz. Wilson never got the attention of big band arrangers like Duke Ellington, but he was also a major innovator in jazz music.

A slim, enthusiastic man known for his personal kindness, Wilson practically danced when he directed his orchestra. A lover of many musical styles, he incorporated everything from blues, Basie and Bartok in his arrangements.

While many big-band recordings sound dated today, Wilson’s music still sounds cutting-edge. One critic noted that Wilson’s influence was so wide that “even if you had never heard of him, you were often hearing him.”

Born in Shelby, Mississippi, Wilson learned piano from his mother. He started as a trumpet player, moved to Los Angeles and eventually became a composer-arranger, working with everyone from Ellington and Count Basie to Ray Charles and Ella Fitzgerald.

At one point, when his career was thriving, Wilson stepped away from commercial success to study classical masters such as Stravinsky and Bartok.

Wilson is best known for his recordings on the Pacific Jazz label, which redefined big band music. One critic said Wilson’s Pacific Jazz music was full of “gorgeous nuances, and an elegance that hasn’t been equaled since that time.”

His arrangements were archived by the Library of Congress and in 1990, the National Endowment for the Arts honored him with a Jazz Masters Award. When he died at 96, one musician said Wilson’s energy always made him seem like he was the youngest person in the room.