Sarah Mary Chadwick’s Grief Becomes Her Exquisite Muse on ‘Me and Ennui Are Friends, Baby’ 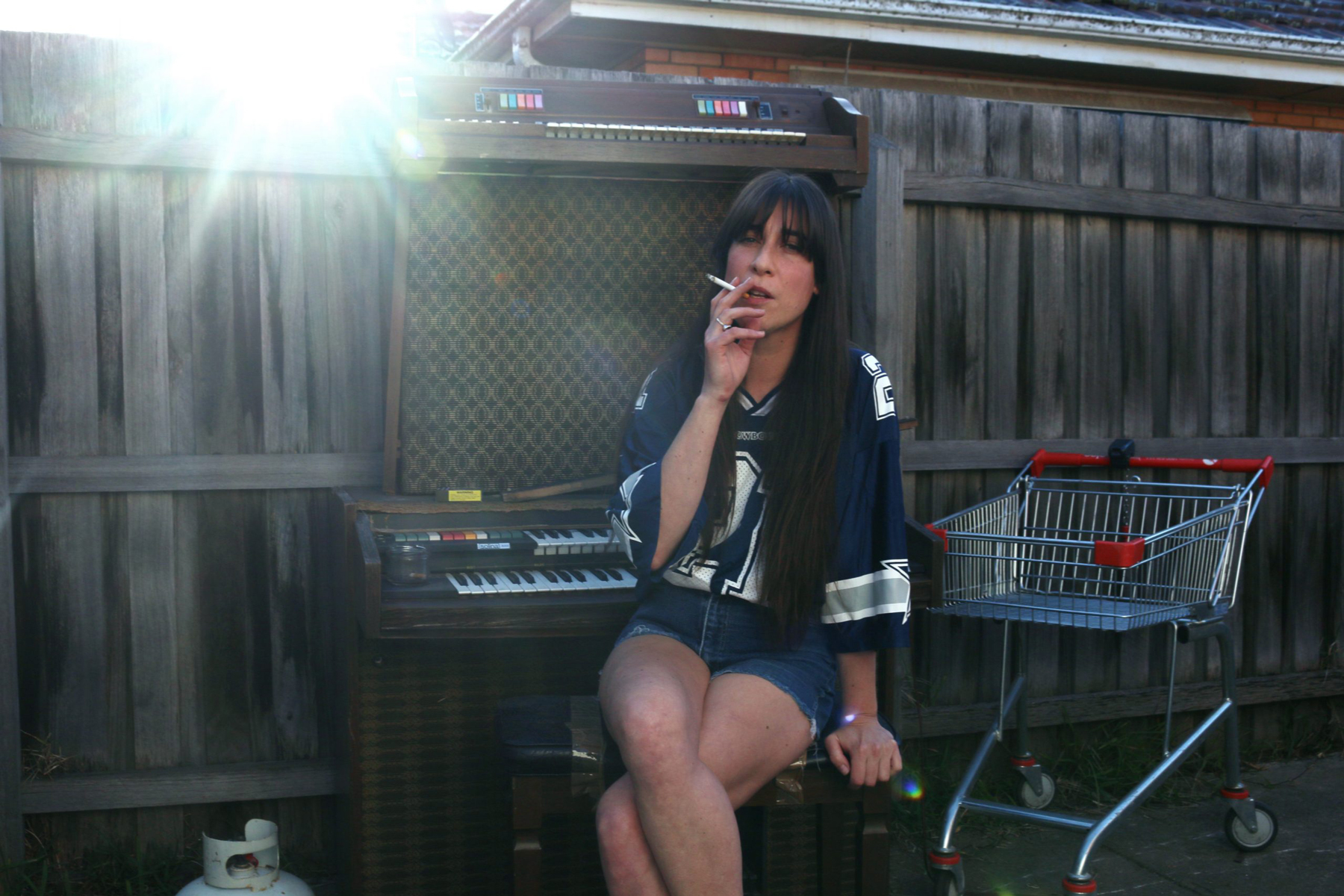 Sarah Mary Chadwick knows she’s broken. She gracefully contorts the ache in her voice into bizarre postures throughout her latest album, Me and Ennui Are Friends, Baby, as she parses grief, breakups, and general feeling of worthlessness. But she never allows herself to break down completely. Instead, she props herself on her piano and divines the right chords to treat each of her wounded words like a salve as she makes sense of her middle-age wreckage. “Maybe I should chill out on blaming my parents,” she posits over sparse chords on the title song, “[it’s] forgivable at 25, it’s not cute at 37.” The record features only her voice and the piano, and the nakedness of it can be devastating and compelling.

It’s not so much the heartbreaking language of Me and Ennui that makes the record captivating as it is the way she sings it. Yes, there’s plenty of ennui — that difficult-to-describe dissatisfied feeling that Sylvia Plath and Charles Lloyd paid homage to in poetry (but perhaps was summed up best in Peggy Lee’s “Is That All There Is?”) — but Chadwick is too self-aware for that feeling to take centerstage. In some ways, this album has been a long time coming.

Chadwick’s music has always dealt in sadness. The New Zealand–born, Melbourne-based artist previously sang brittle musings for a post-grunge group, Batrider, before breaking off into a prolific solo career. Since then, she has cited willfully obscure Kiwi and Aussie artists like Chris Knox and Pip Proud as influences (the latter artist sounds a bit like Syd Barrett), as well as Elliott Smith, but her music manifested more like the lo-fi recordings of Beat Happening and early Mountain Goats on her 2012 debut, Eating for Two. She has slowly deconstructed her sound ever since, eventually arriving at the majestically sullen 2019 offering, The Queen Who Stole the Sky, which she recorded alone on a church organ. She let her voice ascend to the baffles there in one great sigh, arriving at a mood on the jaw-dropping “Confetti” that sounded a bit like the missing link between PJ Harvey and Daniel Johnston, and that approach has guided her since then.

The Queen Who Stole the Sky kicked off a trilogy of sorts that Me and Ennui supposedly completes (if she doesn’t keep the mood going). The second part, 2020’s Please Daddy (her first solo recording with a band), found her coming to terms with her father’s death, as well as tightening her embrace on her personal darkness. One of that LP’s songs, “Let’s Fight,” is a speciously upbeat country song about feeling anxious, on which Chadwick asks, “When will I feel all right?” and then repeats “When will I feel it?” over and over.

The self-destruction and abjection of Please Daddy lingers on Me and Ennui, but those feelings seem more like ghosts here, as if Chadwick has woken up from a nightmare in a sweat. And in a sense, she has: She recites the date she attempted suicide in the first stanza of the song “Me and Ennui.”

Much of the record is processing how she arrived at that bleak juncture. “It’s exhausting keeping up this act of loving,” she sings over a descending piano line to a beau on “A Mother’s Love.” “I choose torture over dreaming,” she declares somewhat joyously (and confusedly) over oom-pahing doo-wop chords on “While You’re Sleeping.” And she has a whole song dedicated the notion that “I Was Much Better at Being Young Than You Are.” The music throughout is sometimes deceptively disjointed like a train wreck, inviting voyeurism (just look at the cover), and sometimes familiar (there’s a Beatlesesque quality to “At Your Leisure” and some Weill-Brecht pomp to “That Feeling Like”), but it’s that rocky journey that seems to help her process her life’s albatrosses and bad patterns.

So while she knows herself well enough to sing a line like, “I’m a sucker for anyone who’s distant and aloof” on the plaintive love song “Always Falling,” what’s surprising is the way her voice quivers like a bleating lamb a few seconds later as she promises, “You’ll never adore me, but I’ll chase [you] ’til I die or you die, whatever comes first.” As the words leave her lips, she sounds almost as though she has surprised herself with the revelation. It’s a sense of shock that she also shares with anyone listening in.

But there’s something about the way she presents her diary entries that makes her more than just an exhibitionist. She’s not afraid to sing about her innermost feelings, things people would never say out loud. In fact, she sounds comfortable belting out about how broken she is, and it’s that courage that makes the mood of the record complete.