Morgan Wallen’s Exile Was Swift and Decisive. Is It Permanent? 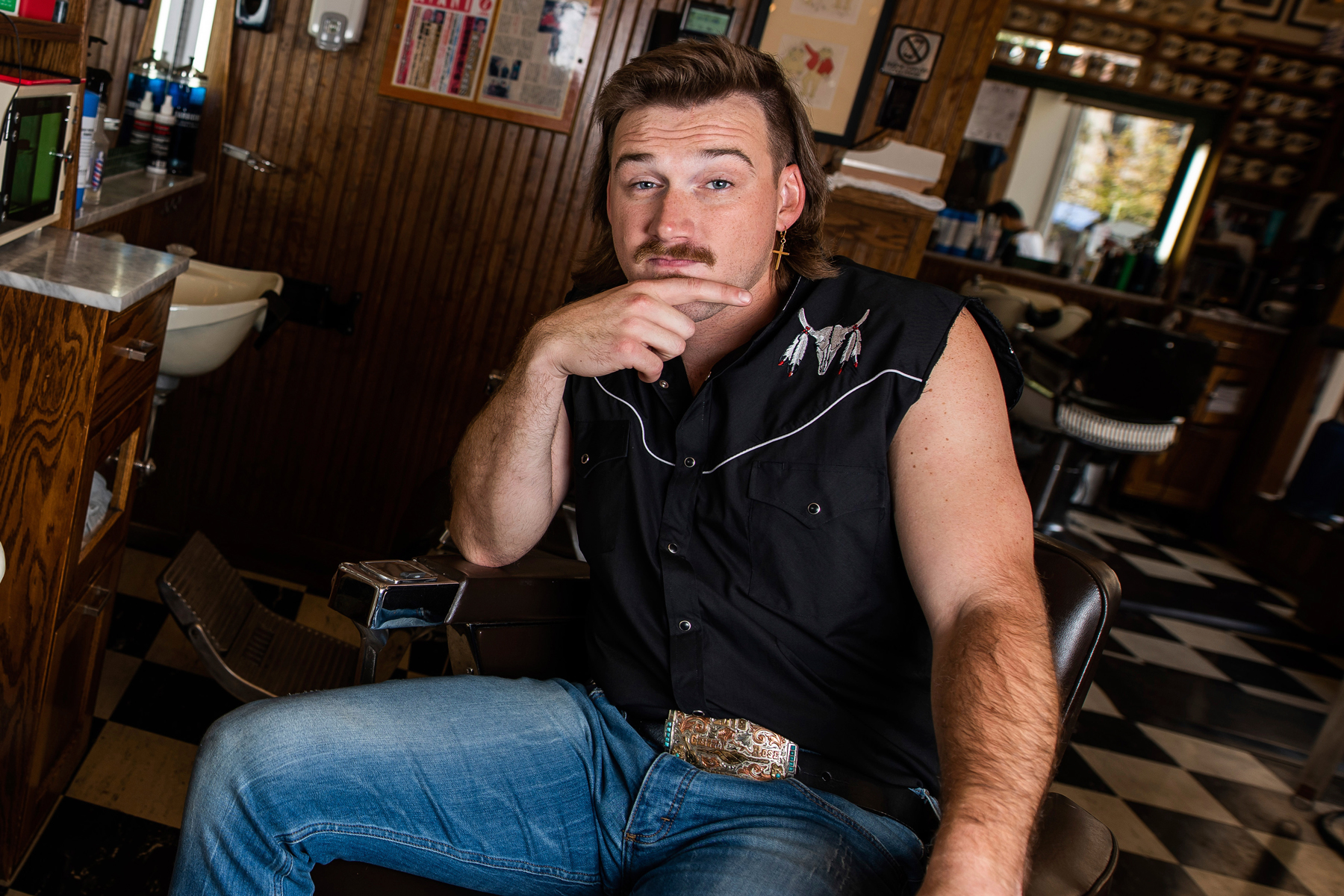 On Tuesday evening, a video of Morgan Wallen casually tossing off a racial slur emerged. By Wednesday morning, his career was systematically being dismantled. In a blowback unprecedented for a white male country music star — the Chicks were ostracized for far less in 2003 — Wallen had his music removed from both country radio and streaming playlists, lost his booking agent WME, and had his eligibility for the upcoming ACM Awards put on ice. His record label, Big Loud, made the announcement that they were suspending Wallen’s contract “indefinitely.”

That it all happened while Wallen’s second project, Dangerous: The Double Album, was enjoying its third week as the Number One album in the country and its songs were smashing streaming records, makes his precipitous fall even more breathtaking. Contemporary country music is a community known to bury its head in the sand. Public missteps — from cheating scandals to DUIs — are often brushed away without consequence. Wallen himself had his share of mulligans.

Last May, he was arrested for disorderly conduct and public intoxication after an incident at Kid Rock’s honky-tonk in Nashville. He wasn’t prosecuted. Then in October, he lost that most validating of TV spots for a Nashville artist, Saturday Night Live, after he was seen partying in Alabama less than a week before he was to perform on SNL, violating the show’s Covid protocols. Two months later, he was invited back to both sing and appear in a sketch that lampooned his “what, me worry” approach to the pandemic. (“To no consequences!” Wallen said in one skit making fun of his cavalier attitude.)

So perhaps Wallen, 27, burned through all of his second and third chances and became a legitimate liability for those who both supported and afforded him opportunity. That he was caught on a Ring doorbell camera using the most vile of epithets, while the U.S. struggles with its ongoing history of racism and country music organizations are making public efforts to educate and acknowledge, certainly didn’t help.

As Wallen’s songs were vanishing from radio playlists, CMT was also pulling his videos for hits like “7 Summers” and “More Than My Hometown” from its air. Leslie Fram, CMT’s Senior Vice President of Music & Talent, says that even if this were Wallen’s first mistake, its egregiousness warrants the harsh response.

“If the first offense was this offense, absolutely. This was 100% unacceptable behavior,” Fram tells Rolling Stone. She’s not surprised at how quickly the industry has reacted. “Emotions have been heightened since last year; we are all becoming acutely aware of our own responsibilities. This incident was the catalyst where everyone said enough is enough.”

A prominent music manager who spoke on condition of anonymity agrees. While they admit to being taken aback by how swiftly the Nashville community rebuked Wallen, the manager isn’t shocked by the intensity of the blowback given the nature of what Wallen said in the video.

“I just don’t think that in 2021 that word is excusable, especially post the BLM movement,” the manager says. “But I was surprised and very pleased by how decisive everybody was. As much as I feel for Morgan — because I know the guy a bit, and in his heart, I think he’s a good person — our community needs to be decisive about these things and scare artists into being good role models.”

Wallen should be more than just scared. All signs point to him being exiled — on Friday, any trace of his name or likeness was removed from Big Loud Records’ website, despite the label not officially dropping him from its roster. In the hours since the video turned up on TMZ, he’d also been condemned by the two leading country industry organizations — the Academy of Country Music and the Country Music Association — the latter naming him New Artist of the Year in November and, in a statement, said they were considering further punitive action against Wallen “to review additional measures.”

Rick Daniels, the program director for WKKG in Bloomington, Indiana, says those institutions’ responses are signposts. “The ACM and CMA putting out statements, that’s the momentum in our industry. When they do it, it’s going in that direction,” Daniels says. He doesn’t see any way that Wallen’s music returns to mass rotation on country radio. On the day after the video went public, Wallen saw a 65% drop in radio spins, according to Alpha Data, the data analytics provider that powers the Rolling Stone Charts. On Thursday, it dropped another 80%.

“I don’t think he’s going to get airplay again,” Daniels says. “Now that this has been done, country radio is going to be held to a standard. We haven’t said verbatim that he’s blacklisted, but that’s basically what we did. I don’t think there’s any going back from that.”

Not everyone agrees. A longtime Nashville publicist speaking on the condition of anonymity thinks country music’s shunning of Wallen is excessive. “There is no good context for using the word. Period,” they tell Rolling Stone. “But I think it is beyond hypocritical what the country industry is doing to this guy. There are plenty of people in the country music business, who will remain nameless, who have used the word or done much worse.

“Why him?” the publicist continues. “He used the word, he’s made some dumb decisions, and very clearly this guy isn’t being advised correctly, or he’s just plain not too bright. People are saying he needs help — clearly; and part of it might be education … I don’t think the punishment fits the crime in this case because it’s inconsistent and hypocritical. It seems extreme that he has to be destroyed over this.”

Mickey Guyton, one of country music’s few black artists with a major label record deal, asked on Twitter on Tuesday how many chances Wallen should be afforded after using such a hateful term. But she also expressed genuine sympathy for the singer. “Watching anyone fall from grace is a terrible thing to see. People must be all given a chance to change,” Guyton tweeted. “Morgan must feel the weight of his words but completely throwing someone away is detrimental to anyone’s health.”

Fram says that any path to redemption is up to Wallen, but offers that Music Row must also improve. “We as an industry must do better. It’s time to re-evaluate the types of resources being offered to new artists, beyond traditional PR and media training,” she says. “Is there enough being invested in an artist’s mental health and overall well-being? Are we providing the necessary social impact tools to help them handle the challenges and responsibilities that come with success?”

The publicist has a hazy view of Wallen’s next steps. “This is so unprecedented that I don’t have a PR 101 response that applies right away,” they say. “But he needs to play ball. Meaning he has to show genuine remorse and pay his penance. That’s the only way he’s coming back.”

The Nashville chapter of the NAACP offered to talk to Wallen about the power of the word this week, and performing-rights organization BMI, who named Wallen’s “Whiskey Glasses” its 2020 Song of the Year, said its diversity adviser, gospel singer BeBe Winans, would be reaching out to Wallen.

So far, Wallen hasn’t said anything publicly since his initial apology to TMZ on Tuesday. A rep for Wallen and Big Loud Records didn’t reply to Rolling Stone‘s request for comment.

Despite Wallen’s ostracization, the manager doesn’t think his career is over. They echo Daniels’ point that country radio might not play him again, but predict an apology tour in Wallen’s future alongside new music. “I think he’ll come back and release music in 2022 and he’ll continue to apologize effusively. He’ll work his way through it,” they say. “I don’t know if country radio will necessarily come back to him, but streaming is probably going to be fine and he can still probably go sell tickets.”

The manager points to the varied public response to Wallen’s incident. Sales of Wallen’s albums increased 1,220% on Wednesday compared to Tuesday, while his song sales were up 327%, according to Alpha Data.

“Look at where our country is right now. Look at the Marjorie Taylor Greene vote last night,” the manager says. “There is still 30 to 40 percent of this country that could give a shit about what Morgan Wallen said on a Ring camera.”