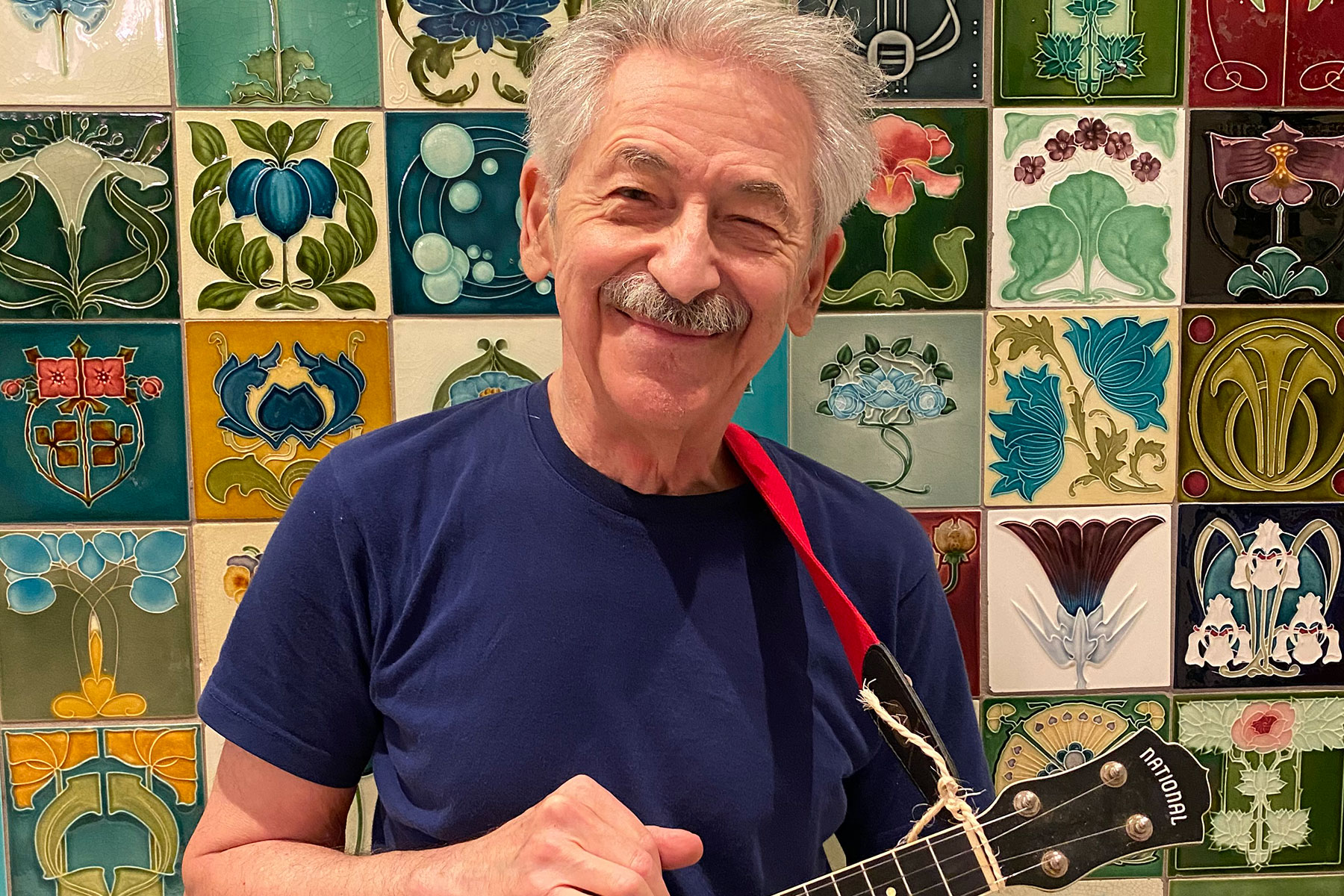 When you think of the most enduring songs of the 20th century, which ones come to mind? How about Bob Dylan’s “Tangled Up in Blue”? Irving Berlin’s “Blue Skies”? The Kinks’ “Waterloo Sunset”? Gloria Gaynor’s “I Will Survive”?

Acid-folk guru Peter Stampfel concurs with all those choices, and as his new album demonstrates, he would also add the Spice Girls’ “Wannabe.”

For his latest project, Peter Stampfel’s 20th Century in 100 Songs, Stampfel decided to pay tribute to the past century by covering one song from each year. Sounds both oddball and ambitious, but those words have long applied to Stampfel. With his fellow craggy-folk Steve Weber, Stampfel formed one of rock’s greatest cult bands, the Holy Modal Rounders, in New York in the early Sixties.

Over roughly the next decade, the Rounders brought what critic Greil Marcus dubbed the “old weird America” into the new, more conformist America, writing and covering warped folk and traditional songs. One of those, “If You Want to Be a Bird,” made it onto the soundtrack of Easy Rider, and the Rounders would, at various points, count among its members playwright and musician Sam Shepard (on drums) and future Doobie Brother and Steely Dan member Jeff “Skunk” Baxter on guitar.

Stampfel has also made sundry solo albums and fronted his own bands since then, and 20 years ago, at the end of the last century, he decided the time was ripe to salute it. The recording of those 100 songs from the 1900s, arranged in chronological order on the record, wound up taking two decades itself; at one point, Stampfel lost his voice and had to relearn to sing. But by the time it was done, with the help of producer (and R.E.M. Out of Time string arranger) Mark Bingham, the collection included not just the songs mentioned earlier but pre-rock gems like “Take Me Out to the Ballgame,” “Til We Meet Again” and “Moon River” on to classic-rock songs (Bruce Springsteen’s “My Hometown,” the Association’s “Along Comes Mary”).

The Nineties are represented by, among others, Chumbawamba’s “Tubthumping,” Pulp’s “Common People,” John Prine’s “In Spite of Ourselves” — and, yes, “Wannabe,” an inspired choice that actually lends itself well to Stampfel’s band and his own idiosyncratic voice. “Wannabe” has always been one of the pop delights of that decade; one could argue it helped kick off the pop boom that would soon follow, and continues to this day. Stampfel and his band’s vocals aren’t quite as smooth as the Spice Girls’, but Stampfel knows what you really, really want: a remake that rekindles the fizzy energy (and partnership demands) of the original, down to the “zig-a-zig ah.”