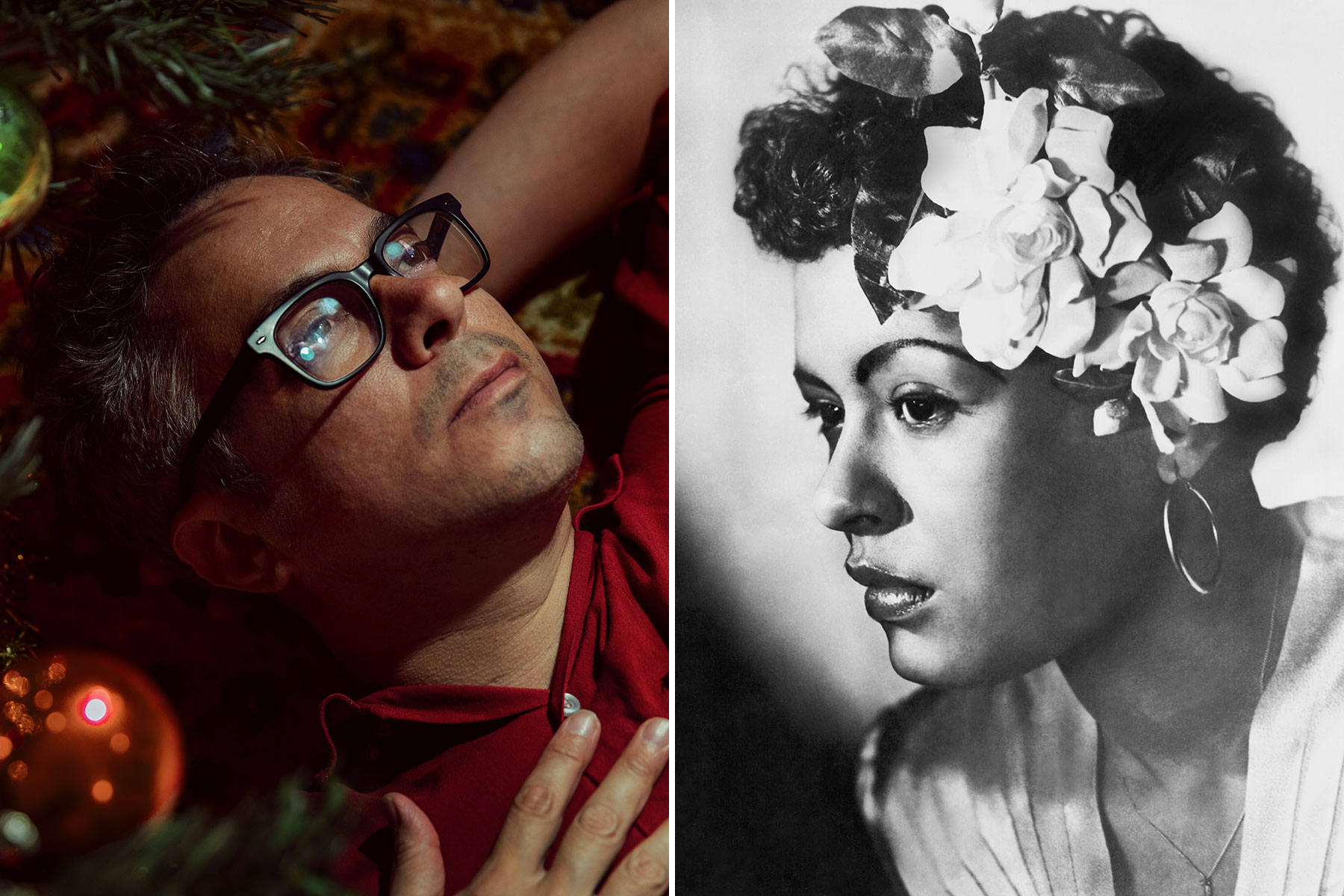 That haunted voice we keep hearing these days belongs to Billie Holiday. More than six decades after her death, the legendary singer is experiencing a moment in the culture: She’s the subject of a recent documentary (director James Erskine’s Billie) and a soon-to-be released biopic (director Lee Daniels’ The United States vs. Billie Holiday, starring Andra Day, out later this month), and “Strange Fruit,” the anti-lynching protest song that she popularized in the late Thirties, has been remade, sampled, and revived. One of her songs even popped up in HBO’s Watchmen.

Perhaps the most unexpected Holiday nod, though, comes from veteran indie rocker M. Ward. Ward has covered Holiday before, but his recently released Think of Spring takes the appreciation a step further. An almost-complete remake of Holiday’s Lady in Satin, the last album she released during her lifetime (and number 317 on RS’s recent 500 Greatest Albums list), Think of Spring strips Holiday’s music down. Instead of the small jazz bands or orchestration she relied on, M. Ward pares the songs to just his voice and guitars, making them sound even starker than they once did.

As he tells RS, Ward had been toiling away on the album for years, but as with many musicians, he found himself with plenty of time on his hands last year amid a pandemic. A planned world tour was canceled and he wound up finishing Think of Spring at home in his longtime home of Portland and in Los Angeles, where he lives part time. Whenever he’s able to tour again, he’s hoping to perform some of the Holiday songs live.

When you were making this album, were you aware that Holiday was in the midst of a new appreciation?
It’s a complete coincidence [laughs]. I can’t understand how that all happened. The stars are aligned with my record, I guess. I’m excited about this  [Daniels] film that’s coming out.

Why do you think people are newly attracted to her?
The thing she achieved as a woman, let alone an African-American woman, is endlessly inspiring for whatever generation you’re in. And add on top of that, a controversial song like “Strange Fruit” — it makes sense to me that that’s so inspiring for this generation and future ones.

Yes, “Strange Fruit” is suddenly and sadly relevant.
I’m in disbelief that it even existed. To think that people went out and bought it [in the Thirties] is an incredible story. I can’t believe it.

It was even released on an indie record company owned by Billy Crystal’s uncle after her label, Columbia, got nervous.
Oh, yeah, it’s kind of crazy. The plot thickens!

When did you first hear her music?
It got under my skin at an early age, at a very impressionable time when I was thinking about making records. When I was about 15, I started playing guitar. I thought that she only made records with these small jazz combos, and that it was fairly, you know, “happy” music. And then, about five or six years later, I heard Lady in Satin at a shopping mall. I had no idea what it was. Her voice sounded like distorted electric guitar paired with these really beautiful string arrangements. It was like something I’d never heard. The whole experience was kind of like a dream. But that’s what really got me hooked on her.

What else pulled you in about that album?
At the time, I was learning Beatle songs and just getting into John Fahey and discovering Joni Mitchell and Sonic Youth and alternate tunings. So I had a very open mind. But I guess the thing that really hooked me was that there was something that sounded broken in the production, in the song, in the voice. Her voice was like no other. She was breaking rules every time she interpreted those melodies. The way she played with rhythm and the way she played with the keys of the songs is not something anyone has really been able to do. Bending notes is very hard to do while making it sound believable and emotional. I know she took a lot of inspiration from Louis Armstrong’s trumpet playing, and he’s another one of my idols, so maybe was an extension of all of those things that drew me in. I love thinking about her as a kid, mimicking some of his solos.

Did you ever see the Diana Ross movie Lady Sings the Blues?
I read the book Billie Holiday wrote, but I didn’t see the full movie. I wasn’t really that interested in it. Sometimes when you watch a movie, it takes away some of the magic of the record. Every once in a while, that augments your interest in the music instead of extinguishing it, which is what the Tina Turner movie did. I’m generally not a huge film-bio guy, but I would love to see this new one.

You first covered one of her songs, “I’m a Fool to Want You,” as an instrumental on your album Hold Time in 2009.
When I heard her version of that song, I wanted to try to record a version where you think of the distorted electric guitar as the vocal. It ended up being one of our favorite songs to play live. The crowd response to it was really interesting. So I decided to sit down and arrange all the songs from that album [Lady in Satin] that I’d been listened to hundreds of times. And because of the situation of the year and not touring, I was able to finish the arrangements and all the recording and get everything together in order to put it out.

Given that you already released a new album last spring, I had a feeling this one was done during lockdown.
Yeah, I’ve been arranging these songs for 10 years, recording them for a couple of years. I was experimenting with different tunings to get the songs right for my voice. I was just trying my best to take my favorite elements of Ray Ellis’ arrangements and it took a lot of time. There’s a song called  “For Heaven’s Sake” that kept falling in line with other versions I’d heard. So I tried an alternate tuning, and it became a lot easier to deconstruct and build from the ground up. So I finished all that up, and then the artwork, mastering, and all that was done this year.

Did you ever consider full-band arrangements?
I knew I wanted to strip it down from the beginning. I’ve been doing that since I started making records, whether it be with David Bowie’s “Let’s Dance” or Christmas songs. And it fits well with 2020 , because you can do it at home.

What did you learn about Billie Holiday and her music as you immersed yourself in it this way?
I realized how experimental she was as a vocalist. When you sit down and try to play her vocal parts on the piano or guitar, there are either intentional or unintentional little trips in and out of the key of the song.  That, to me, is a never-ending education in how she can do that. For her, it all came from a place of emotion. It’s impossible to copy that, but very easy to be inspired by it.

How much of her allure is attributed to her tragic life?
For me, that just amplifies the interest, just learning about it. The more you hear about her story, it’s, you know, similar to Robert Johnson’s story for me. The talent and the emotion is the hook that draws you in, and then once you get into the mystery and drama of their lives, you’re in it for the long haul.