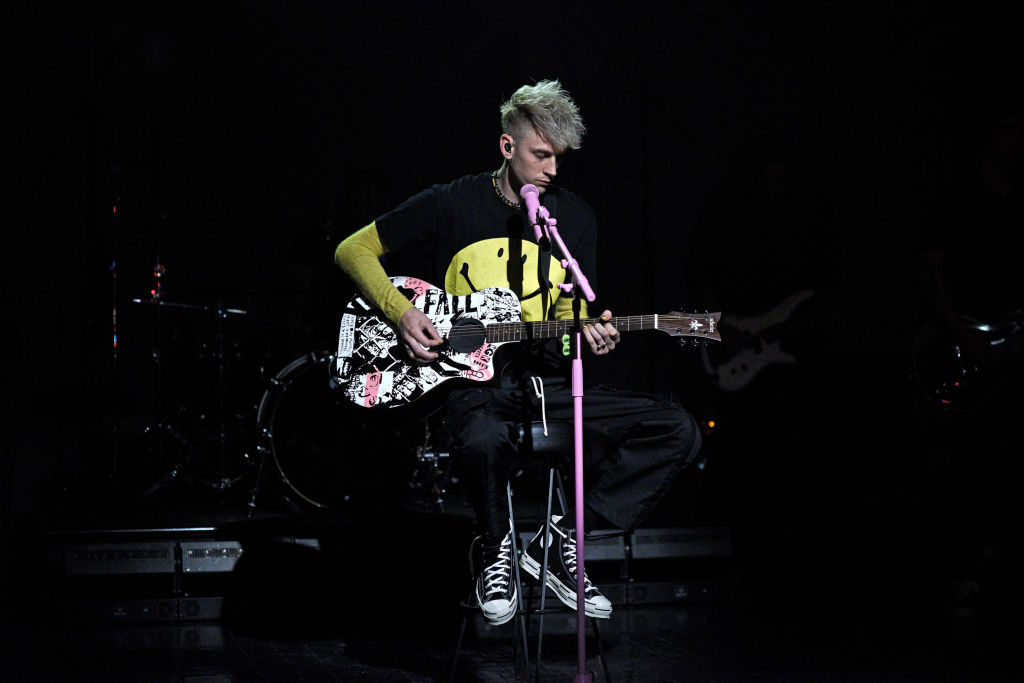 After opening with a raucous rendition of “My Ex’s Best Friend,” the rapper/punk rocker and his band returned to play the single “Lonely” on an unusually darkened stage.

The low-key “Lonely” performance, Kelly noted on Twitter, was a lucky accident: “10 seconds before we played ‘lonely’ on SNL, they came up and said the whole lighting board and set up we had for the performance crashed. so we just had a spot light and the music, that was the best thing that could’ve happened,” he wrote.

Kelly, a friend of SNL cast member Pete Davidson, said of his musical guest debut prior to the show, “I used to chill on Pete’s couch in his office while they’d be recording SNL when i’d come to new york and be like ‘fuck, i can’t wait till they book us to perform’ now it’s really happening.”