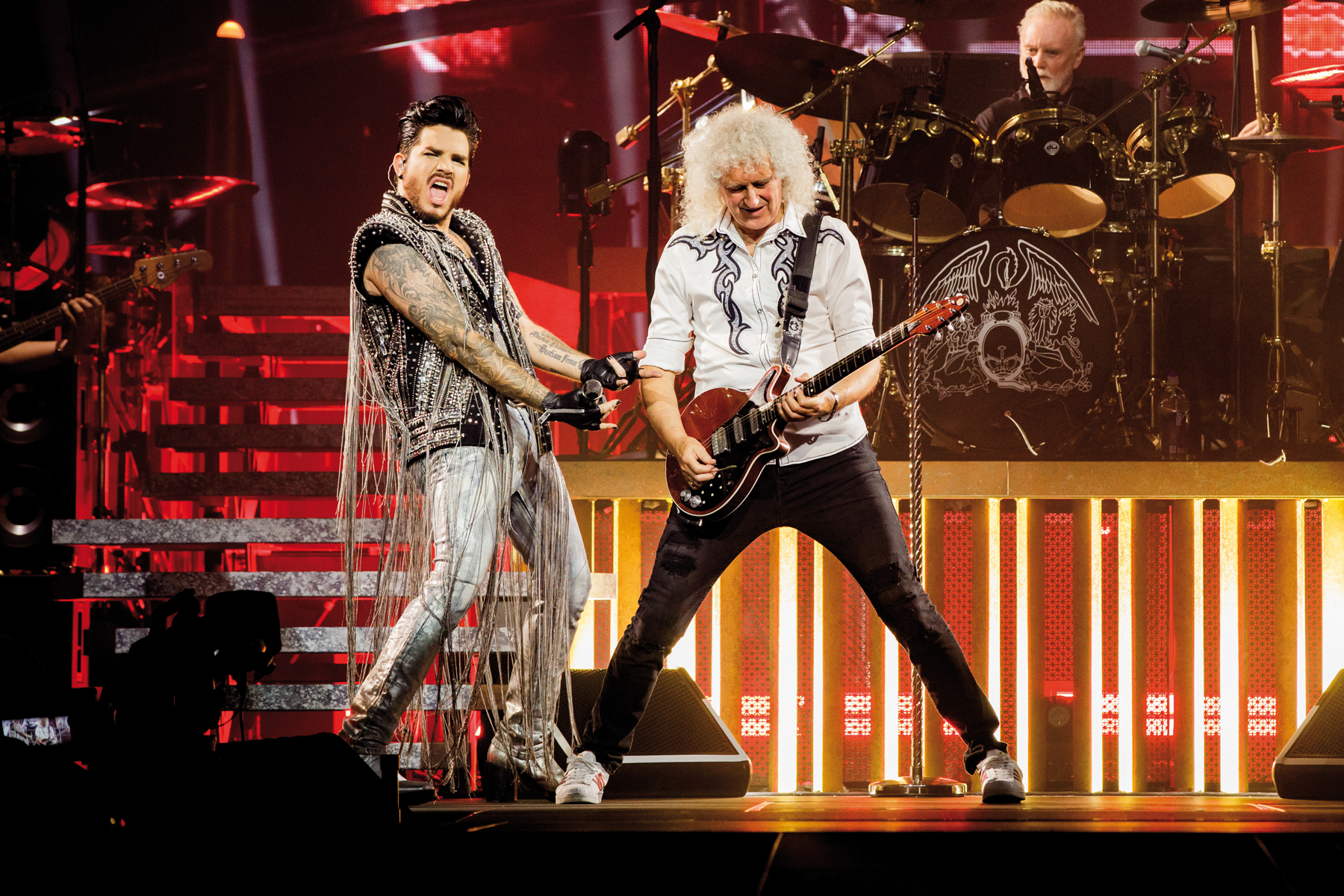 Products featured are independently selected by our editorial team and we may earn a commission from purchases made from our links; the retailer may also receive certain auditable data for accounting purposes.

You hear the cheers from the crowd before you see Queen + Adam Lambert even step on the stage. That’s how the group’s latest live album-turned-concert film Live Around the World begins. Originally released on DVD back in October, the concert film is now finally available to stream online.

Live Around the World includes more than an hour-and-a-half of tour and concert footage, taken from Queen + Adam Lambert’s dozens of performances over the last six years. It begins with the band’s opening number of “Tear It Up” at London’s O2 Arena in 2018, and includes the group’s memorable 2014 performance of “Another One Bites the Dust” in Tokyo. The film concludes with a rendition of the the band’s historic Live Aid medley, including “Bohemian Rhapsody” and “We Are the Champions,” recorded during their 2020 Fire Fight Australia benefit show at the ANZ Stadium in Sydney.

The film also includes a show-stopping performance of “Love Kills,” filmed during Queen’s set with Lambert at the iHeart Radio Festival in Los Angeles back in 2014. After having first shared the stage with Queen in LA during his run on American Idol, Lambert began performing with the group under the “Queen + Adam Lambert” moniker in 2011.

You can check out the full official set list for the Live Around the World film below, and stream it online starting at $4.99 here.

The Live Around the World concert film comes after Queen pushed back their “Rhapsody” tour dates to May 2021 due to the pandemic, though it’s still unclear if they’ll hit the road this year. Meanwhile, Lambert, who released his album Velvet last March, is set to stream a couple of solo live shows January 29th from the Roxy Theatre in Los Angeles, which you can still buy tickets for here.

The Live Around the World album meantime, is available now as a digital download, as a double CD, and two-disc vinyl on Amazon.