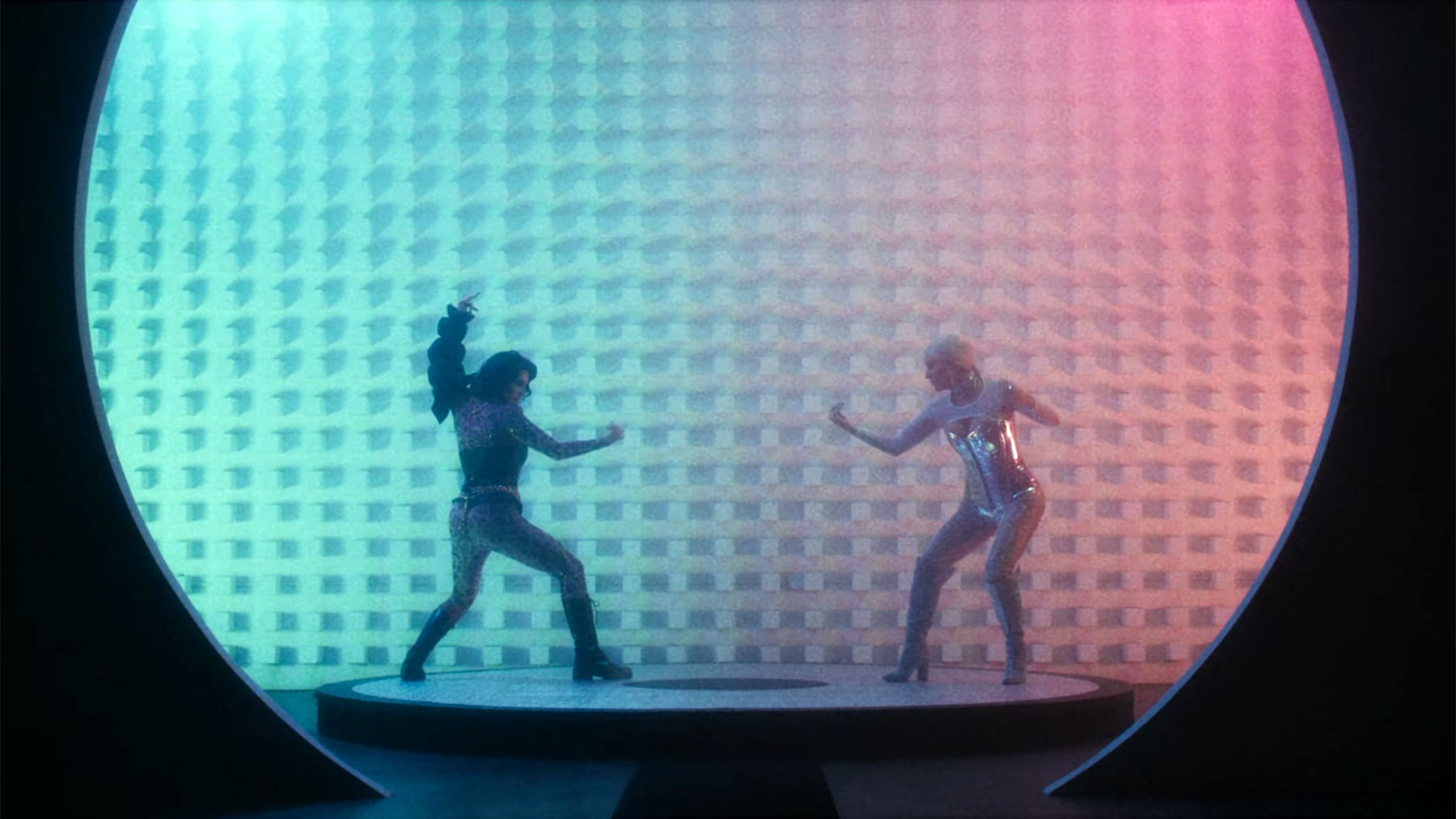 Kesha has linked up with Dutch DJ and producer Sam Feldt for a new song, “Stronger.”

The track is a punchy bit of empowering dance-pop, with Kesha crooning over delicate synth plunks: “And when the thieves try to steal your faith/Keep pushing through them cause there ain’t no other way/If you wanna get stronger.”

“Stronger” arrives with a music video directed by Andrew Donoho that finds Kesha in an increasingly wild fight with herself, while Feldt appears as the judge/announcer. After a couple of rounds of fisticuffs, the two Keshas up the ante with swords and bludgeons, then ultimately pistols. But after ostensibly firing blanks at each other, the two Keshas embrace in a show of unity.

“The message Kesha sends with the track is really inspiring and super relevant in these turbulent times,” Feldt said in a statement. “That’s why I knew I had to be part of this message. I started on the production right away and tried to create the right balance between the emotional but so inspiring message and the uplifting and hopeful beat. For me, ‘Stronger’ is all about new beginnings — about becoming a stronger person through challenging times.”

“Stronger” marks the first song of the year for Feldt, who broke out in 2019 with a song cheekily titled “Post Malone.” Last year, he released an EP, Home Sweet Home, and collaborated with various artists including Sigma, Fedde Le Grand, the Him, and Craig Smart. As for Kesha, she released her most recent album, High Road, last January. Back in November, she launched a podcast about the supernatural and the occult, Kesha and the Creepies.