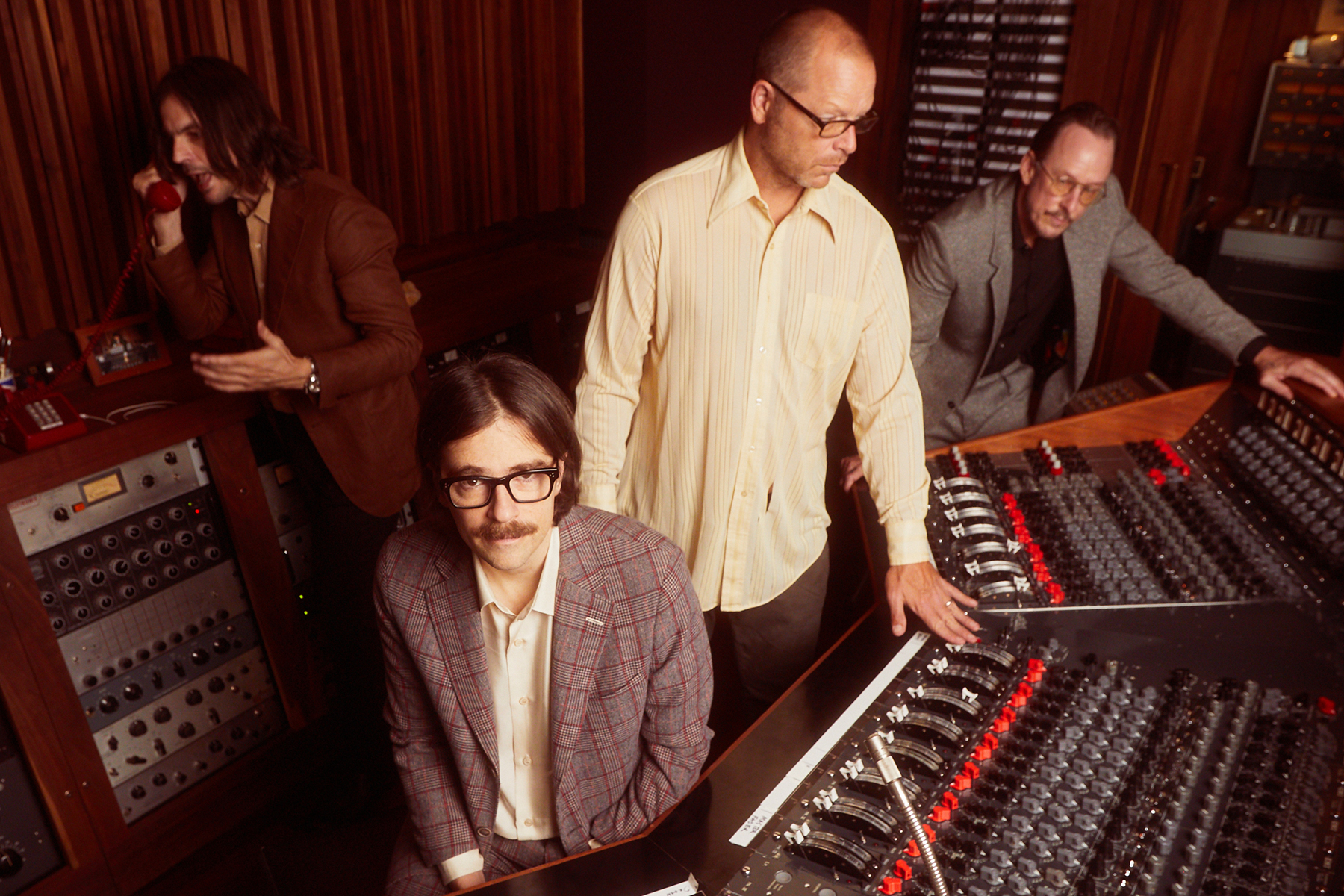 Rivers Cuomo has always been an onion of irony — layer upon layer of smirking innuendo, gentle obfuscation, smarty-pants witticism, each shielding a sensitive heart. That emotional sleight of hand is what made Weezer’s “Sweater Song” and its ham-fisted metaphor of a cardigan unraveling until Cuomo, the group’s frontman and chief songwriter, is writhing on the floor in Superman skivvies, at once funny, corny, and even a little moving, and it’s what set them apart from the trenchant gloom of grunge. It’s the quality that confused fans initially with Pinkerton and it’s what won them back repeatedly with “Island in the Sun,” “Beverly Hills,” and “Africa,” each time Weezer seemed to lose their grip on the pop-rock moment. (Their knack for freaking catchy melodies didn’t hurt either.)

So what would happen if Cuomo poured his heart out unfiltered for once? Since there’s no true antonym for irony (and Cuomo would never allow himself to drop the seventh veil), Weezer’s 14th LP, OK Human, is likely as close as he’ll get.

For the album, the title of which conspicuously winks at Radiohead’s OK Computer, Cuomo &amp; Co. traded loud guitars for flowery string arrangements. The approach is a not-so-subtle nod at chamber-pop benchmarks like Pet Sounds and Let It Be but without the confessional diary entries of the former or the sentimentality of the latter. Instead, Cuomo tempers his natural sense of humor to the mood of the music and the world in front of him.

Since Cuomo completed the album after Covid-19 sent the planet into lockdown, the songs seem to address the times with lyrics about avoiding crowded movie theaters (“Aloo Gobi”), devouring audiobooks (“Grapes of Wrath”), despairing at his kids’ obsessions with iPads and iPhones (“Screens”), and avoiding Zoom interviews (“Playing My Piano”). As always, his smart vocal melodies (the strongest thread connecting him to Brian Wilson) deliver many of the songs from lyrical ruin like, “My umbrella makes me look just like the Morton girl,” which he sings on the upbeat “Here Comes the Rain.” His knack for hummable refrains also elevates mediocre lyrics like, “I don’t know what’s wrong with me,” in the outro of the record’s best song, opener “All My Favorite Songs.”

But all too often, Cuomo’s habit of describing how he feels, instead of fusing his emotions directly to the songs (as lyricist Tony Asher did with Brian Wilson), gets in the way of OK Human becoming a breakthrough. All the Beatles-esque string glissandi and two-stepping horns on “Grapes of Wrath,” a song ostensibly about making the best of isolation by binging Audible, loses its humanity under the weight of a line like, “Frodo jonesing for the ring.” Long gone are Cuomo’s days of pining for emo girls — he’s likely a pretty satisfied family man at age 50 — so it’s impossible to approximate the mid-20s longing of a Pet Sounds. Only “Numbers,” and its lyrics pledging support for people feeling bullied and inadequate, finds the right balance between sensitivity and Disney cartoon strings to feel sentimental but not schmaltzy. (The other aspect keeping the album from greatness is Pat Wilson’s drumming, which cuts through so many great string arrangements, not that it’s really his fault. Practically any percussion would crash through dozens of orchestra members.)

Then again, sentimentality has never been the point with Weezer. The band had originally intended to put out Van Weezer, their tongue-in-cheek tribute to Eighties hard rock, last year, but delayed it when the pandemic hit, prompting Cuomo to write OK Human instead; Van Weezer is now slated to come out in a few months. But it’s Weezer’s attempt at pathos (or bathos in Cuomo’s case) that makes OK Human feel, well, more human. If Cuomo could ever let his guard down fully, without feeling self-conscious, he probably has a great album inside of him.

Find the Vinyl of the Album Here