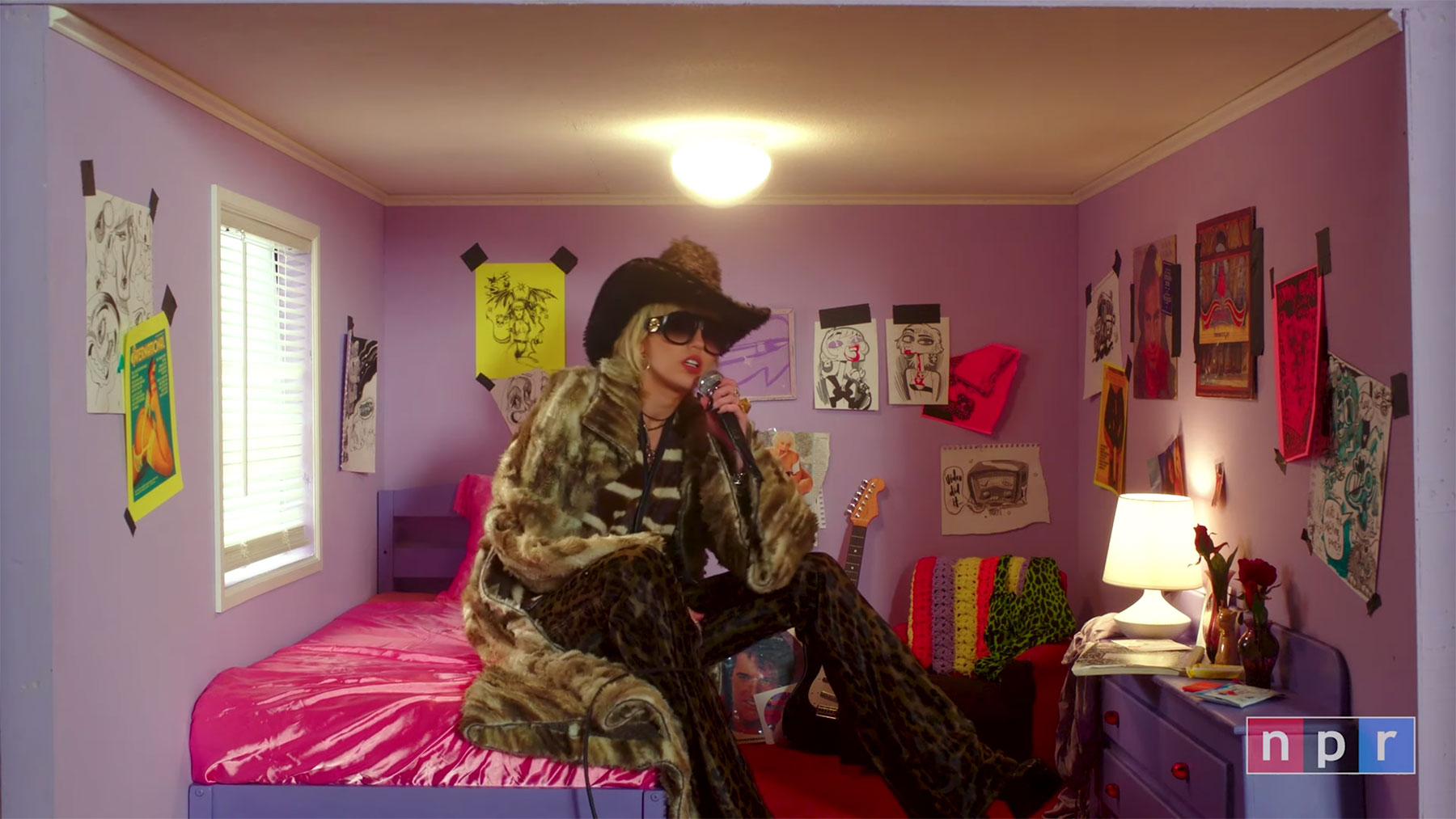 Miley Cyrus delivered a rousing rendition of Mazzy Star’s classic “Fade Into You” as part of the singer’s Tiny Desk (Home) Concert.

Performing from inside a miniaturized bedroom, Cyrus performed a faithful version of the 1993 hit, albeit with one major difference: Rather than mimicking Hope Sandoval’s trademark sedate vocals, Cyrus brought a full-throated approach to the track’s chorus.

“Fade Into You” continues Cyrus’ run of cover songs during the promotion of her latest LP Plastic Hearts, including takes on the Cranberries’ “Zombie,” Hole’s “Doll Parts,” Hall & Oates’ “Maneater,” Blondie’s “Heart of Glass” plus songs by Britney Spears, Pearl Jam and the Cardigans.

Also during the Tiny Desk gig, Cyrus performed Plastic Hearts’ “Golden G-String” and “Prisoner,” with the singer leaving the confines of her tiny room on the latter to join her backing band on a soundstage. Cyrus will next perform live February 7th outside Tampa Bay, Florida’s Raymond James Stadium for the TikTok Tailgate ahead of Super Bowl LV.