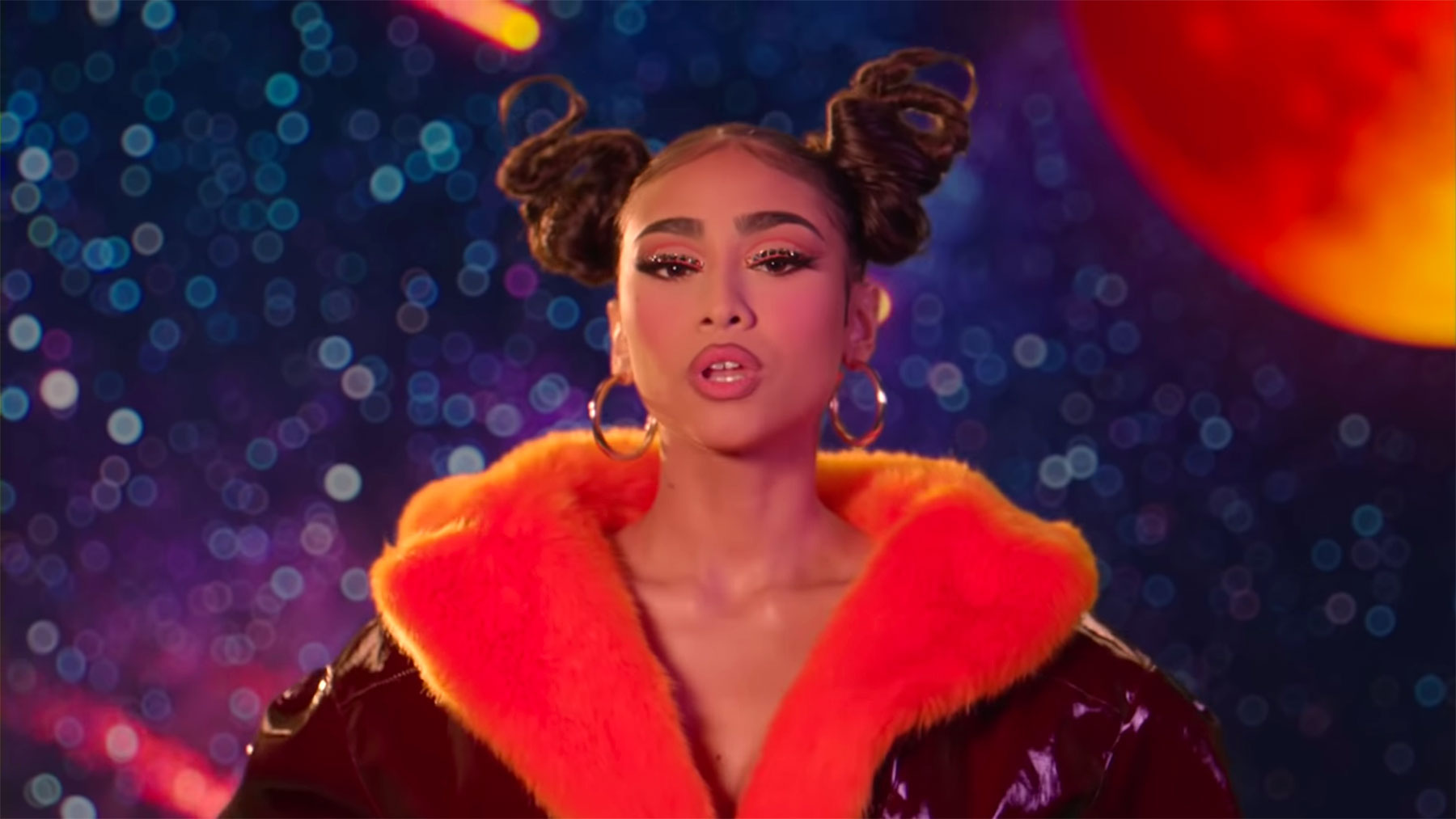 Paloma Mami and Major Lazer have released a new video for their single “QueLoQue.”

Directed by Sam Hayes, the visual is a tribute to the work of prolific director Hype Williams, who directed some of the most iconic R&B and hip-hop videos of the Nineties: Wu-Tang Clan’s “Can It Be All So Simple,” Missy Elliott’s “The Rain (Supa Dupa Fly),” and Busta Rhymes’ “Woo Hah!! Got You All in Check,” to name just a few. (More recently, he directed Beyoncé’s 2013 acclaimed video for “Drunk in Love” and Megan Thee Stallion’s 2019 visual for “Cash Sh*t.”) In the “QueLoQue” video, Paloma Mami appears and dances in front of various sci-fi backdrops; it’s all shot with a Hype Williams-esque fisheye lenses.

Last year, Paloma Mami released the singles “Goteo” and “For Ya.” The Chilean artist was also nominated for two awards at the Spanish-language Premio Lo Nuestro ceremony, presented by Univision, including Best New Artist – Female and Female Urban Artist of the Year.

This past October, Major Lazer collaborated with Nigerian singer Mr Eazi on the single “Oh My Gawd,” featuring Nicki Minaj and K4MO. The song was included on Mr Eazi’s Something Else EP. That same month, Major Lazer dropped their fourth LP, Music Is The Weapon.