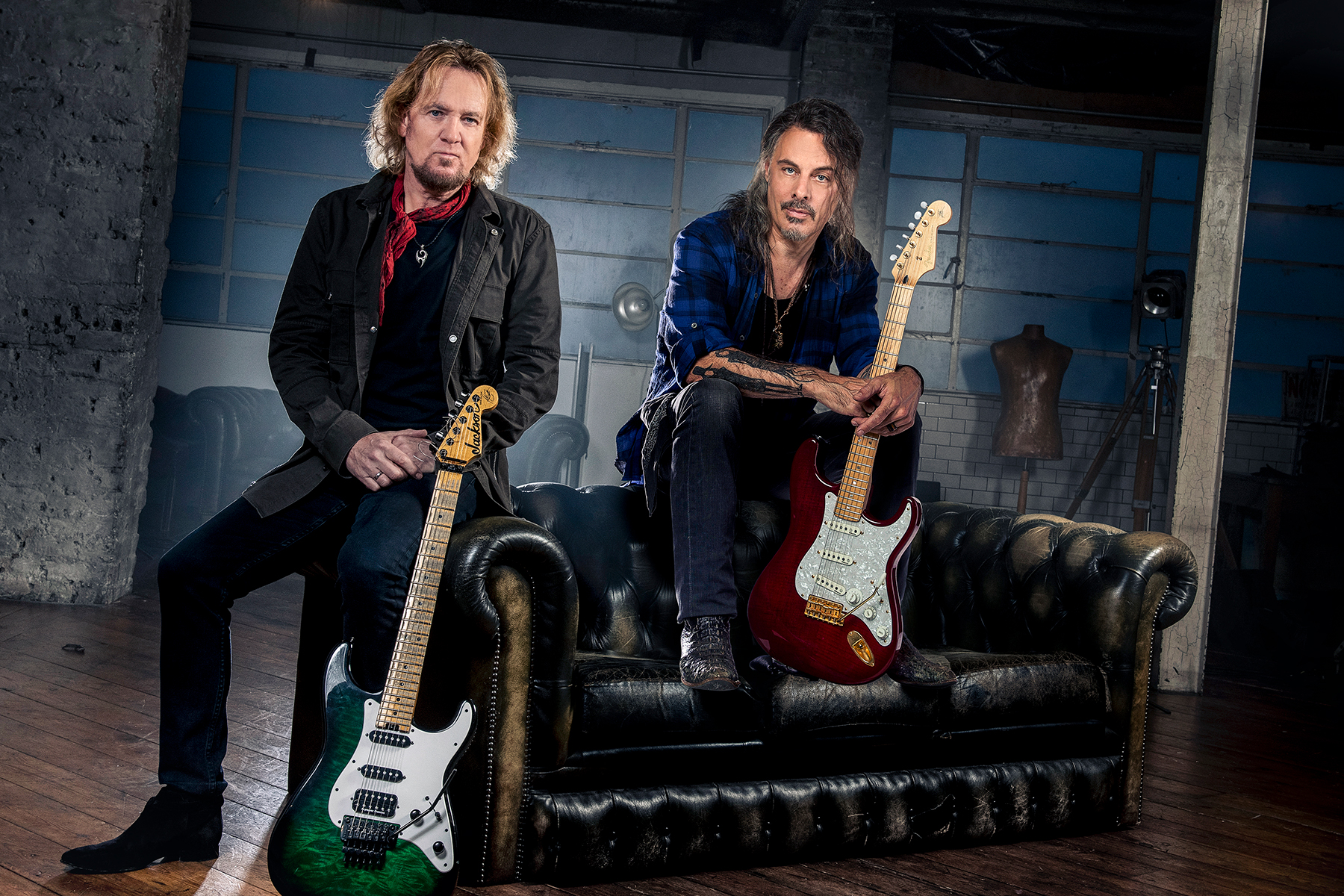 Iron Maiden guitarist Adrian Smith has joined forces with guitarist Richie Kotzen, best known for stints in Poison and Mr. Big, for a bluesy, hard-rock collaboration they’ve dubbed Smith/Kotzen. The artists will drop a self-titled release on March 26th, and they’re previewing it with “Taking My Chances,” which shows off how their sensibilities blend as Smith’s bluesy licks complement Kotzen’s shredding and husky vocals.

The duo produced the nine-tack LP in Turks and Caicos in February 2020. They co-wrote each of the songs, traded off vocals, and shared both guitar and bass responsibilities on each of the tunes. Drum duties were split between Iron Maiden’s Nicko McBrain, Kotzen’s friend Tal Bergman, and Kotzen himself on some songs. Engineer Kevin Shirley, who has worked with both Iron Maiden and Poison, mixed the album.

“Richie and I started working together a couple of years ago,” Smith said in a statement. “We’d been jamming as we’d been friends for a few years before that. We both share a love for classic rock and bluesy rock so we decided to get together and start writing some songs and it went from there. Pretty much everything on the album is handled between Richie and myself including the production. We had developed a really strong idea of how we wanted it to sound and I’m very pleased with how it turned out. There’s a lot of cool songs on there that we are really happy with.”

“We had a very fluid process in writing,” Kotzen said. “Sometimes Adrian would send me a riff and I would immediately hear some kind of melody or a vocal idea. And sometimes it was the other way around so it was a kind of circular motion. We’d get together whenever we could and throw some ideas around and it just evolved, which was great because there was no pressure and nothing other than just a natural course and I think the record really speaks for that.”

During a decade-long stint away from Iron Maiden, from 1989 to 1999, Smith formed another band called Psycho Motel and played on a couple of Maiden singer Bruce Dickinson’s solo LPs. Kotzen meanwhile has had a long-running solo career, going back to his 1989 self-titled debut on the shred-guitar label Shrapnel; he has put out 21 solo albums over the years and played all the instruments on his most recent release, 2017’s Salting Earth.