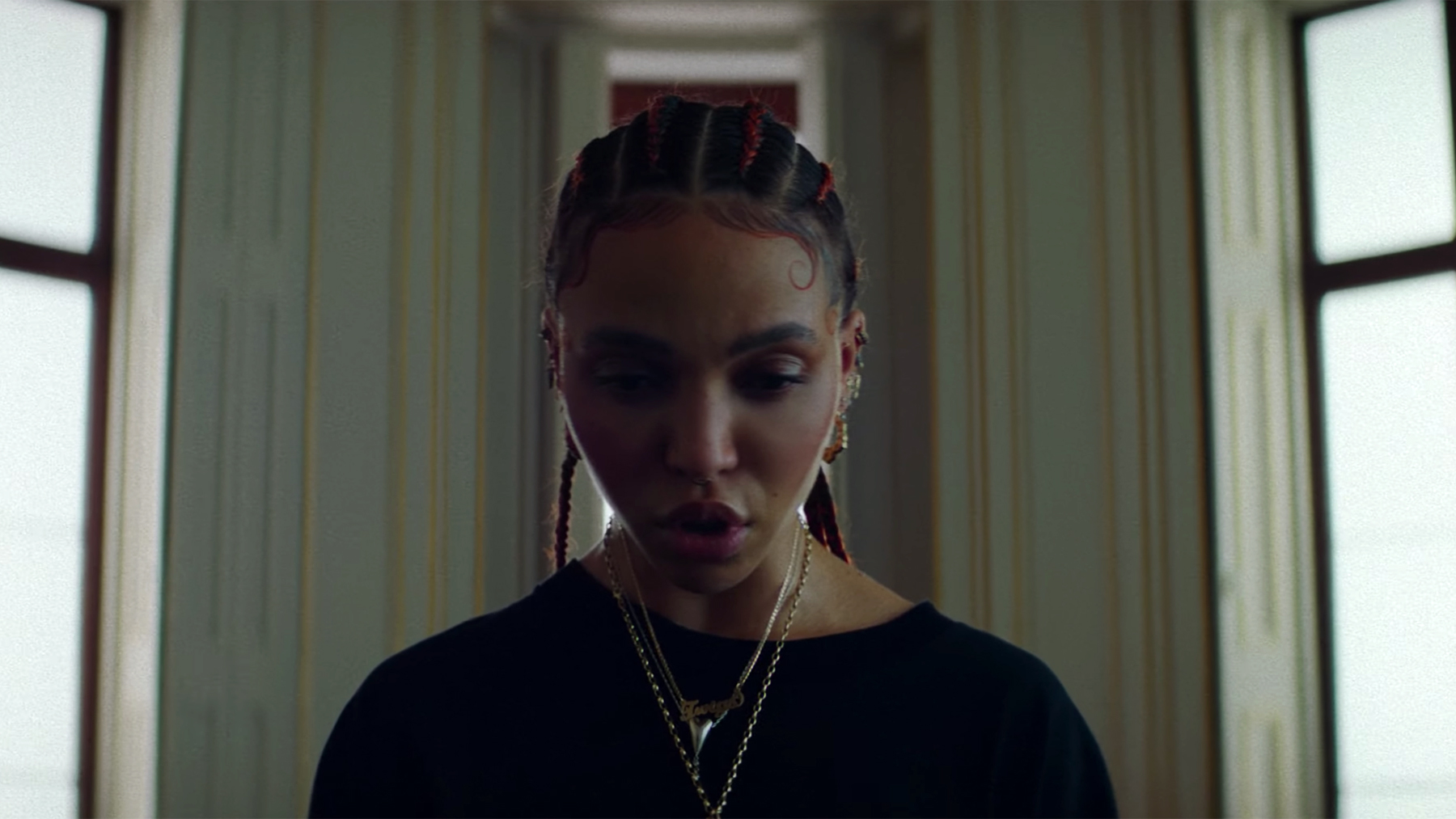 The “Don’t Judge Me” music video arrives courtesy of Emmanuel Adjei, who also co-directed the Beyoncé film Black Is King. The visual depicts FKA Twigs dancing in an empty room, interspersed with shots of Headie One walking down the street; it also features several scenes with the art installation Fons Americanus by Kara Walker.

Adjei wrote of the video: “THE INVISIBLE OPPRESOR. From someone’s appearance, we are unable to judge whether a person discriminates over color, sex, religion, or gender. The oppressors within the people surrounding us, most often remain invisible until their abuse against others is revealed. This is one of the reasons why, for generations, discrimination is so hard to fight. Who must the victim fight against if it can’t identify the perpetrator?”

He continued: “In this audio-visual document we get to witness artists FKA Twigs and Headie One, amongst other Black British influentials, fighting against invisible forces of judgment and oppression. Having the enormous Victorian-inspired fountain Fons Americanus by visual artist Kara Walker — depicting the historical, sorrowful story of slavery and colonization — as our setting, and particularly as the spirit of the film, this important monument creates another layer of depth and meaning to an invisible yet shared history.”

Last October, FKA Twigs revealed in an interview for the Grammy Museum’s Programs at Home series that she had completed an entire album at home during the Covid-19 pandemic. She also appeared on the BBC Radio 4 podcast Grounded With Louis Theroux earlier this week to discuss her lawsuit against her ex-boyfriend, the actor Shia LeBeouf, in which she alleged abuse and assault.