‘In My Room’ With Ani DiFranco 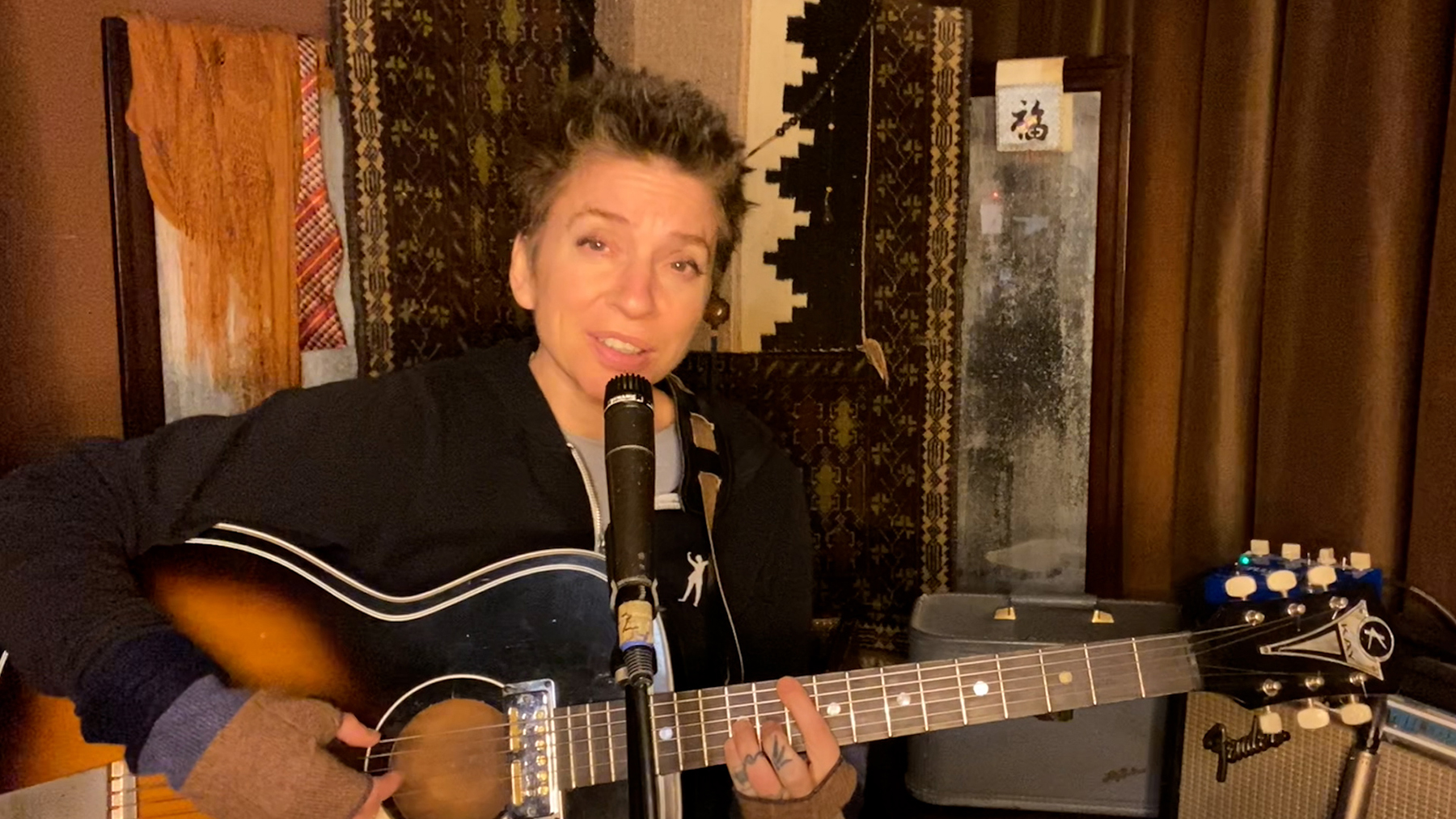 Ani DiFranco tears through songs from her upcoming album Revolutionary Love in the latest installment of In My Room.

“I am taking this mission very literally,” DiFranco says of the series title. “We are in my room — I will show you my room.” She turns the camera to show more of her New Orleans home, revealing a brick wall and a copy of Time magazine with Muhammed Ali on the cover, resting on a shelf.

Sitting with her acoustic guitar, DiFranco kicks off with “Crocus,” the final track from Revolutionary Love. “All the world can go to hell,” she sings, later appearing in her kitchen. If I’m right with you, then all is well.” Snowy trees, protesters, banana pancakes, and the streets of New Orleans flash across the screen.

DiFranco then launches into “Do or Die,” which she released last September accompanied by a video directed by Zoë Boekbinder. She concludes the set with “Metropolis,” which features soothing shots of nature and a moving train as she strums the guitar.

Revolutionary Love will be released on January 29th. The songs were written prior to the pandemic, but DiFranco made a point to record it before Election Day. “I felt very strongly that I needed a horse to ride to try to help get out the vote — to get people inspired and get them believing in democracy, believing in each other and in themselves,” she said in a statement.