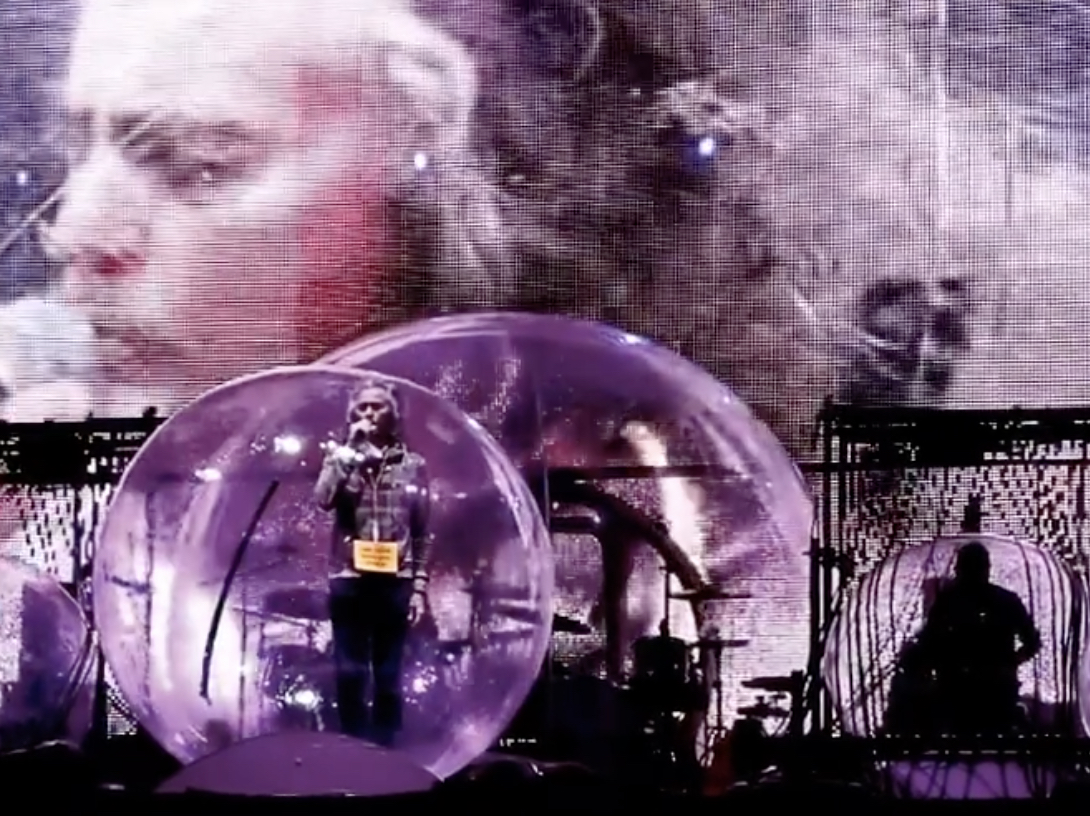 A month after the Flaming Lips were forced to postpone their planned “Space Bubble Concerts,” the band played a pair of the gigs in their native Oklahoma City this weekend where both they and the audience were quarantined within individual inflatable bubbles.

Frontman Wayne Coyne shared footage from Friday’s concert at Oklahoma City’s The Criterion on Instagram, with the band performing to the bubbled audience. At one point during the show, Coyne shed his own bubble to hold up a giant lettered balloon that read “Fuck COVID-19.”

The “Space Bubble Concerts” were originally scheduled for December, but the rising numbers of coronavirus cases in the Oklahoma metro area forced the Flaming Lips to postpone the shows to January 22nd and 23rd. The band also did a test-run of the inventive shows — which Coyne promised was “safer than going to the supermarket” — in October.

“We collect everybody and then we take them row by row to their bubbles,” Coyne told Rolling Stone in December. “[In October], the whole thing happened in 20 minutes from everybody being inside to everyone being blown up in their space bubble, and that’s the part of it that we wanted to work on. Once you’re in the bubble you can do whatever the fuck you want, and that’s the beauty of it. That’s what we spent most of the time figuring out. The music part of it, we got that shit down.”

Coyne added, “I don’t want anybody to think this is some kind of fucking freak party. It’s a very restricted, weird event. But the weirdness is so we can enjoy a concert before putting our families and everybody at risk. And I think it can actually work, but just not when it’s this serious here. I think it’s a bit of a new normal — you might go to a show, you might not, but I think we’re going to be able to work it out.”