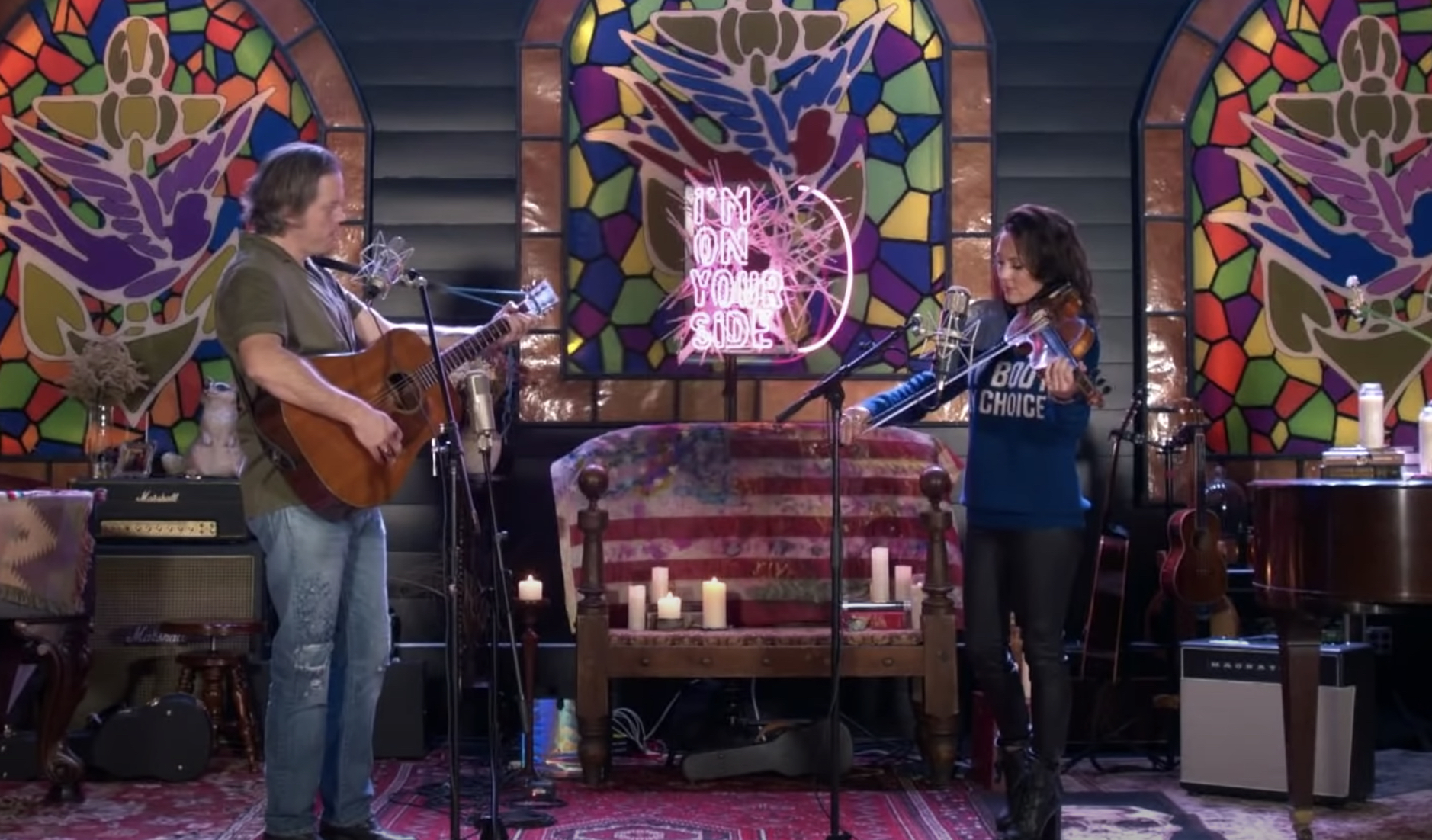 Hours after Amanda Shires debuted her all-star “Our Problem,” the singer performed the original rendition of the track — “The Problem” — alongside husband Jason Isbell on The Tonight Show Friday, a day that marked the 48th anniversary of Roe v. Wade.

The acoustic track depicts a couple having an honest, difficult conversation about abortion; for the performance, Shires wore a “My Body, My Choice” sweatshirt.

“The subject isn’t talked about enough,” Shires told Rolling Stone in September, when the track was released to coincide with International Safe Abortion Day. “When you’re trying to make a tough decision, you need a lot of support. Wherever you get that support — whether in a relationship or friends — no matter what you believe, you can believe to support somebody through something hard.”

Shires added that she originally envisioned the track as a conversation between a group of women, and on Friday Shires unveiled “Our Problem,” an updated rendition of the track featuring Cyndi Lauper, Peaches, Angie Stone, Linda Perry, Valerie June, Morgane Stapleton and more.