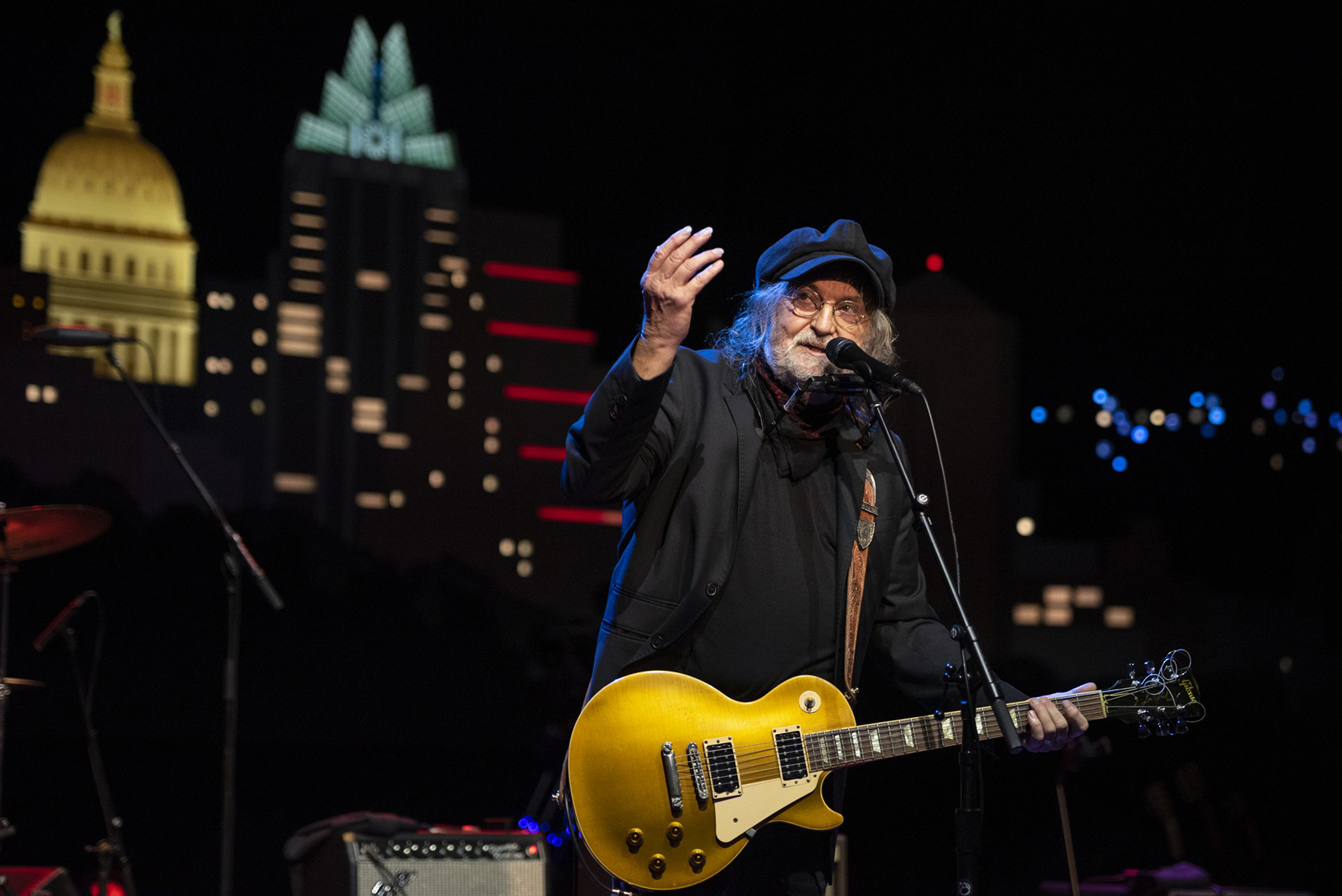 Since emerging from the Texas outlaw scene in the early Seventies, Ray Wylie Hubbard has written some of the genre’s smartest, funniest — and most overlooked — classics. A favorite of Jerry Jeff Walker and Eric Church, Hubbard explores everything from his wild past to his deep knowledge of Christianity, Buddhism ,and Native American religions. “I read about this stuff and it just kinda shows up,” he told Rolling Stone in 2017. “But I still enjoy being a smartass.”

At 74, Hubbard is still breaking new ground: On Saturday, he will make his debut on Austin City Limits after decades of being one of the show’s most highly-requested guests.

With a band that includes Austin’s Bukka Allen and Gurf Morlix, Hubbard blasts through nine tracks, ranging from “Mother Blues,” the story of a stripper and a stolen Les Paul gold top guitar, to “Drunken Poet’s Dream,” a heartbreaking and hilarious meditation on tortured artists. “If this is the first time you’ve seen me perform, you’re probably a little bit nervous after those first two songs,” jokes Hubbard.

Hubbard also delivers a performance of “Rock Gods” from his 2020 LP Co-Starring. Hubbard uses the moment he heard Tom Petty had died to explore the broken state of the world: “All the rock gods are dead or dying/Seems the whole world is broken and crying/It is more than prayers we’re needing/We’re all on a cross, alone and bleeding.”

“For me as a writer, it’s really good to have the freedom to write about anything,” says Hubbard, introducing the song. “Sometimes,  you write these things when you hear something [that] tears off a fragment of your soul, and that’s kind of why I had to write this.”