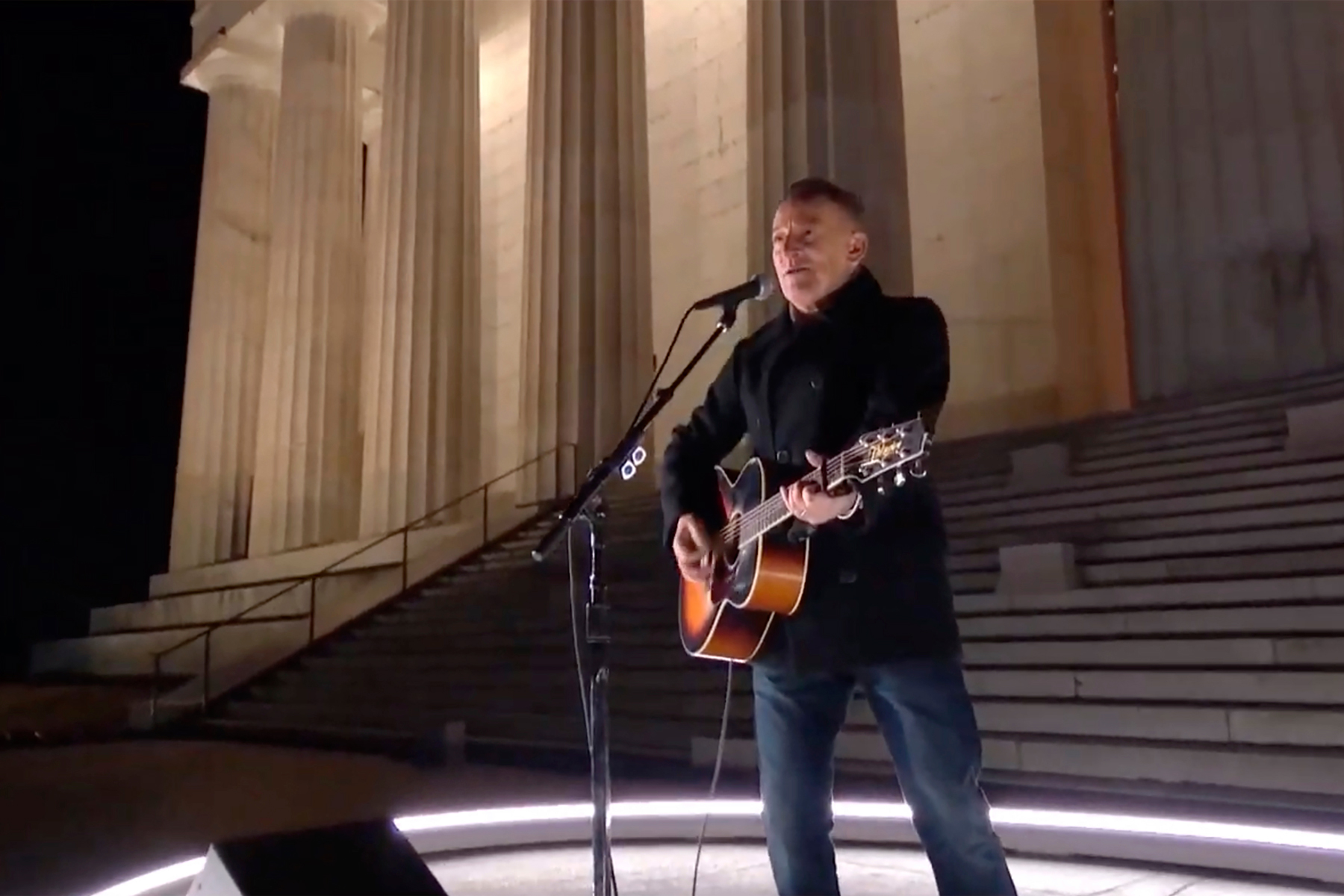 Bruce Springsteen kicked off the Celebrating America special on Wednesday night by playing an acoustic rendition of his 1999 song “Land on Hope on Dreams” on the steps of the Lincoln Memorial.

“Good evening, America,” he said after introductory remarks by host Tom Hanks. “I’m proud to be here in cold Washington, D.C., tonight. I want to offer this small prayer for our country. This is ‘Land of Hope and Dreams.’”

Twelve years ago, Springsteen stood at the exact same spot to usher in the Obama administration by playing “The Rising” with the Joyce Garrett Singers and “This Land Is Your Land” with Pete Seeger and Tao Rodríguez-Seeger. He campaigned with Obama throughout his 2008 and 2012 runs, much as he did with John Kerry during his unsuccessful 2004 campaign. He also backed the Biden team, but in a different capacity, as the pandemic forced them to drastically scale back their rallies. In the final weeks of the campaign, he narrated Biden’s “Hometown” ad and allowed them to use his 1984 song “My Hometown” as the soundtrack.

“He’s running to change that, to give working people the shot they deserve,” Springsteen said in the campaign ad. “An honest living for honest work, and a little piece of mind at the end of the day. Because this place stays with him. These streets are a part of him. This is more than where he’s from; it’s who he’s for.”

The Celebrating America event also featured performances by Foo Fighters, Justin Timberlake with Ant Clemons, John Legend, and Demi Lovato. It wrapped up with Katy Perry singing “Firework” while actual fireworks lit up the D.C. sky as President Biden and Dr. Jill Biden looked on from the White House.