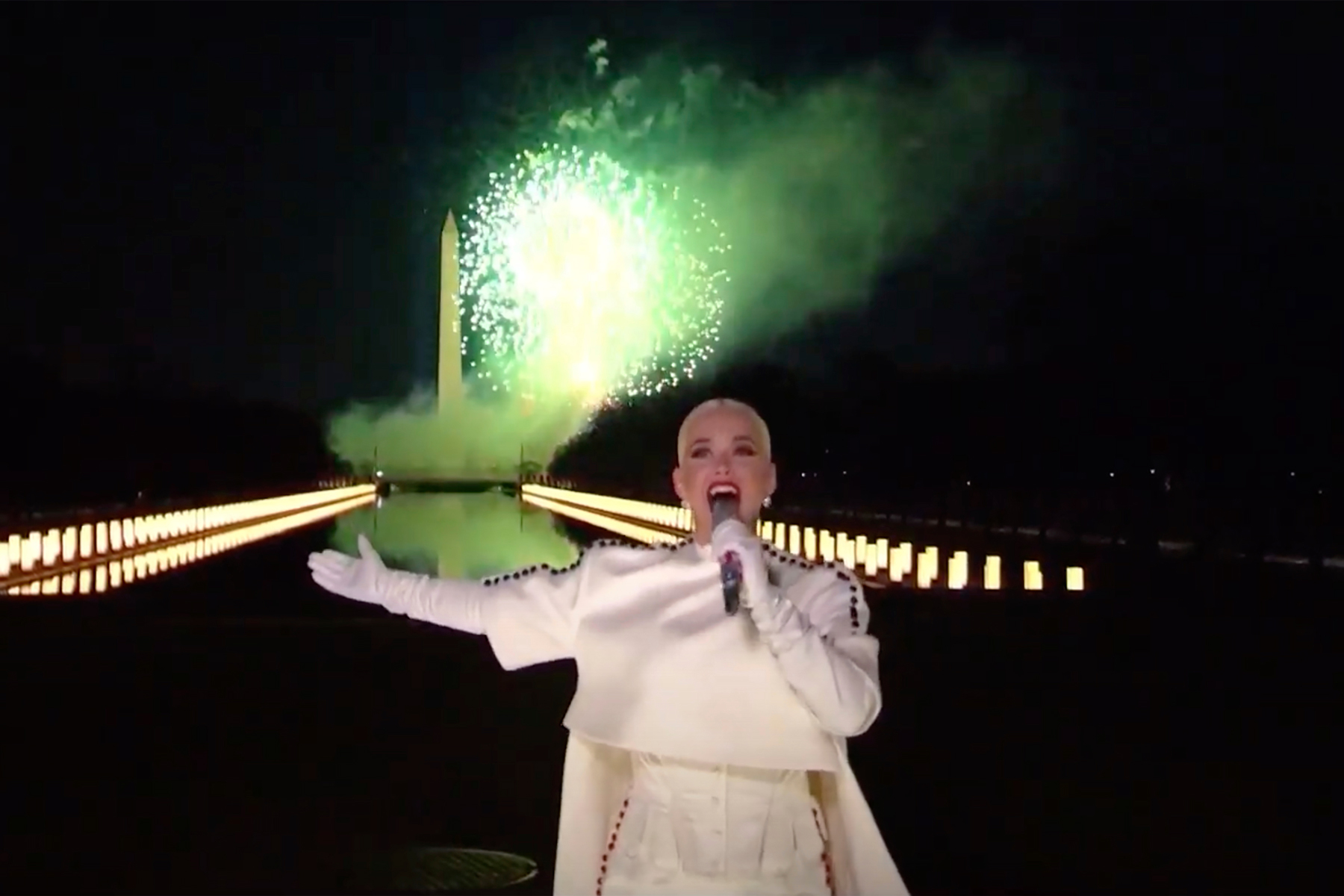 Katy Perry closed out the Inauguration Day Celebrating America concert with a surprise performance of her 2010 hit “Firework.” Other performances at the special included Demi Lovato, Bruce Springsteen, Jon Bon Jovi, Foo Fighters, Justin Timberlake, and more in honor of Joe Biden becoming the 46th President of the United States.

Performing in front of the Lincoln Memorial, Perry began her booming anthem with a stripped-down take, singing above a sobering piano accompaniment. As the firework shows began over the National Mall, the song picked up to its lush, empowering pace. The First and Second Families were seen looking out at the show as Perry wrapped her performance.

Perry actively campaigned for the Democratic nominees in both the 2016 and 2020 elections. Following Hillary Clinton’s loss in 2016, she wrote a “purposeful pop” album in response called Witness. “When I first came out, we were living in a different mindset in the world. I definitely was. I was in my twenties,” she told Rolling Stone last summer, referring to her career launching right before President Barack Obama was elected.  “We were flying high off of life. We weren’t struggling as we are. There wasn’t so much of a divide. All of the inequality was underneath the mat. It was unspoken. And now it’s really facing us.”