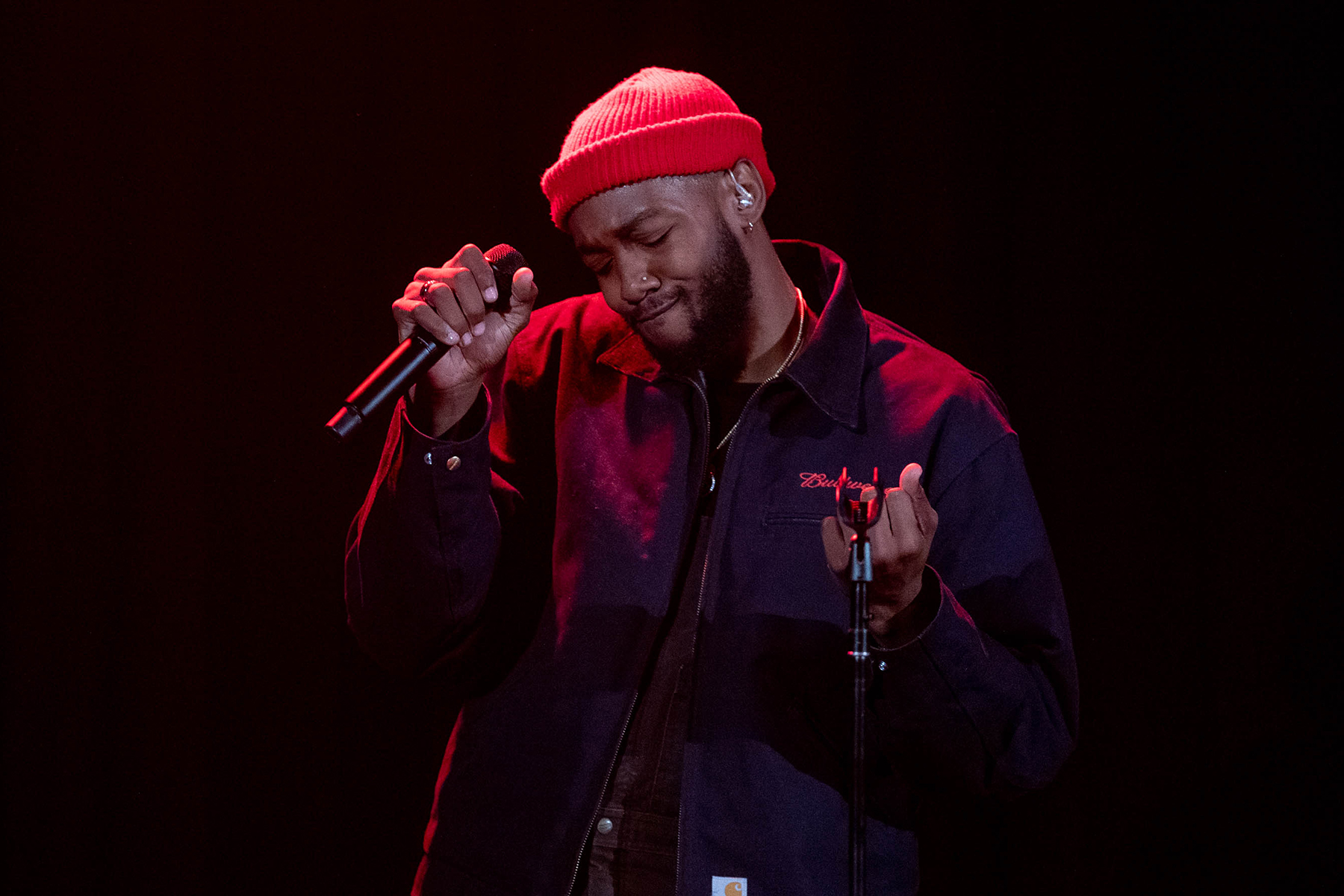 R&B singer Ant Clemons isn’t quite a household name yet, but he’s certainly on his way; Wednesday, he’ll be performing “Better Days,” his 2020 collaboration with Justin Timberlake, at President-elect Joe Biden’s inauguration.

The 29-year-old musician has already worked with the likes of Kanye West, Pharrell, and Noah Cyrus, and, most recently, he performed his positivity-drenched single at Stacey Abrams’s Rock the Runoff event in Georgia, part of the politician’s Fair Fight initiative. In the waning days of Trump’s presidency, an insurrection and an impeachment — not to mention a continually raging pandemic — left little room for optimism. That might explain why Clemons, whose debut EP Happy 2 Be Here was recently nominated for a Grammy, was invited to perform at the historic event. “Better Days” is a useful salve to our current dysfunction.

The inauguration festivities are, of course, shrouded in the same kind of uncertainty that has loomed over the country for the past several years. Following the riot at the Capitol, states around the country are on high alert. The inauguration, which will be held virtually, will be unlike any other in our nation’s history. We spoke with Ant Clemons about playing a small part in such a monumental event.

So, you’re performing at the inauguration. How did that happen for you?

Well, this was a dream that Justin and I had in the creation of the record. I told him, “Man, it’d be so dope if we were able to perform at the inauguration, as the first band, or something.” It was around that time and he’s like, “Man, if you give it to God, and see what could happen,” and, sure enough, we got the call from Justin’s PR saying that they were interested in us performing a song for the inauguration.

I don’t think words can describe how I feel right now. I’ve been so accustomed to my old way of living before music was my everything that some mornings I still wake up and I’m like, “Oh man, I’m running late for work at Red Lobster.” So, to wake up and actually see all the different headlines and the announcements of being a part of history, is mind-blowing. I just can’t do anything but thank God for giving us this opportunity.

How do you feel about the news of Trump being impeached for the second time?

We all saw what just happened on [January 6th at the Capitol], but if we come together and look toward a better day, I truly believe we can really get to the true definition of what America is and what it stands for. Not rooted in division, but being one nation under God.

How do you feel about bringing this song and this message at this moment in history?

It’s a huge honor to be among the artists that are on the line-up and just to be in history because I think I’m one of the few African-American artists in history to ever perform at an inauguration. So it’s very, very exciting to think of the baton that God left me with, but it’s also a huge responsibility because I feel this is our duty as Americans to be that beacon of light, of hope, and the change that we want to see. So I’m so happy to be able to play even a small, small part in that.

When you first came up with the song “Better Days,” were you feeling optimistic about where the world was headed? How did you find optimism to write this song?

Well, I feel like pessimism is a choice. And I say Happy 2 Be Here not to shamelessly plug my project, but to remind myself that it’s a choice to be happy. So it was definitely my idea to choose optimism in the midst of the storm and help someone else that might be going through a storm like what we’re going through in our country. The term better days — I feel that applies to anyone that’s going through a rough time right now.

And that song was part of a Stacey Abrams fundraiser. How did you get involved with what she was doing in Georgia?

That also was Justin’s team. I think we put the song out and in correlation with releasing the song, Stacey Abrams’ people reached out and said that they really related to it. And one thing led to the next and we were selected as two of the artists to perform at the benefit. That was like a dream come true because not only am I releasing the song with one of my biggest idols of all time but I’m also being part of the change that I want to see.

As a musician and as someone in the public eye, do you feel a responsibility to be politically active?

I feel like just with this past year we’ve had, I feel like it’s everyone’s responsibility to step up and do whatever they can. So I know politics normally isn’t where musicians feel safe to speak, but a lot of my favorite musicians spoke out about what was going on and I feel like it’s a reflection of the times we’re living in.

Your debut Happy 2 Be Here was just nominated for a Grammy. When did you find out about that? What was that experience like?

I found out via my phone blowing up with text messages and calls at the same time. And one of my brothers, my brother Rex, called me and was like, “Yo, bro you got to check this.” Just screaming. And I’m like, “What’s going on?” And someone sent me a clip of Dale King announcing the R&B category nominations. And I just couldn’t believe it. This is my first project as a solo artist. And it’s just amazing to think that I can be recognized like this by my peers. This is a dream I’ve had since I was a kid. It is amazing to me.

You’re already off to such a big start for 2021. What do you have planned for the rest of the year?

Honestly, I’m just very excited to just keep releasing more music. We have more content that’s coming and just preparing for whatever God allows us. [Last year] before the pandemic had a whole bunch of plans of doing shows and then the world changed and we had to adjust. So this year, I kind of just wanted to be focused on whatever it is that God wants me to do as far as artistry. I definitely want to keep dropping music, but I don’t have too many grand plans not knowing where we will be.