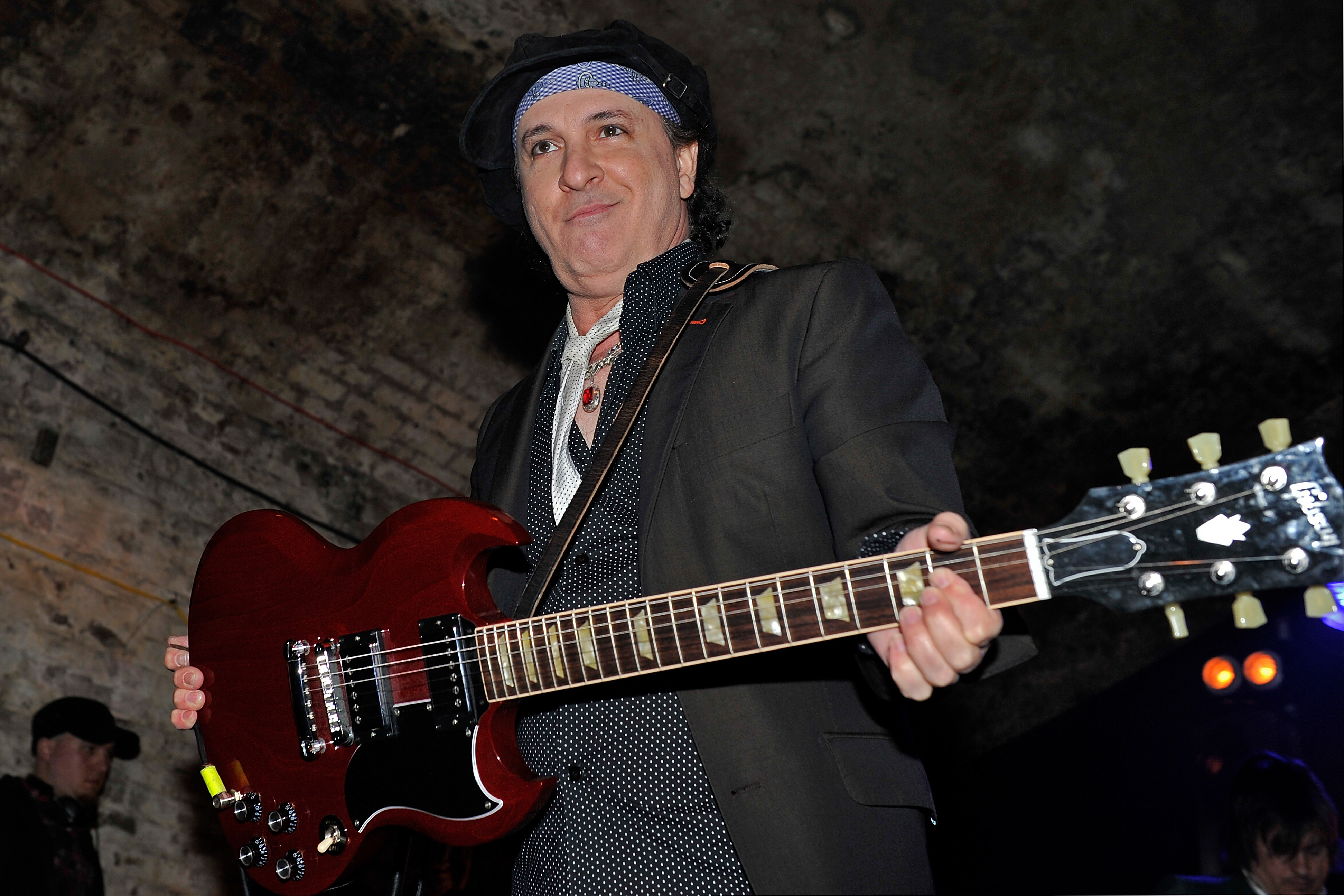 Sylvain Sylvain, the punk icon and guitarist for New York Dolls whose riffs bridged the gap between punk and glam, died Wednesday. He was 69. The musician, who also contributed bass, piano and songwriting to the groundbreaking band’s first two albums, had been battling cancer.

“As most of you know, Sylvain battled cancer for the past two and 1/2 years,” his wife, Wanda O’Kelley Mizrahi, wrote in a statement on his Facebook page. “Though he fought it valiantly, yesterday he passed away from this disease. While we grieve his loss, we know that he is finally at peace and out of pain. Please crank up his music, light a candle, say a prayer and let’s send this beautiful doll on his way.”

The group’s self-titled 1973 debut album remains a landmark in rock music, with Rolling Stone naming it to the 500 Greatest Albums of All Time list. “Glammed-out punkers the New York Dolls snatched riffs from Chuck Berry and Fats Domino and fattened them with loads of attitude and reverb,” we wrote at the time. “Produced by Todd Rundgren, songs like ‘Personality Crisis’ and ‘Bad Girl’ drip with sleaze and style … It’s hard to imagine the Ramones or the Replacements or a thousand other trash-junky bands without them.”

Born Sylvain Mizrahi in Cairo, Egypt, his family moved to France before settling in New York. He was a member of the band Actress featuring Arthur Kane, Johnny Thunders and Billy Murcia before co-founding New York Dolls in 1971. While he served as the group’s guitarist, their first two albums — New York Dolls and 1974’s Too Much Too Soon — featured his bass, piano and songwriting contributions.

While the band’s lineup shifted through the years, Sylvain and vocalist David Johansen remained until its dissolution in 1977.

“His role in the band was as lynchpin, keeping the revolving satellites of his bandmates in precision,” Lenny Kaye wrote in a letter accompanying the announcement of Sylvain’s death. “Though he tried valiantly to keep the band going, in the end the Dolls’ moral fable overwhelmed them, not before seeding an influence that would engender many rock generations yet to come.”

Sylvain reunited with New York Dolls in 2004 and was a part of their final three albums, One Day It Will Please Us to Remember Even This, Cause I Sez So and Dancing Backward in High Heels. He was also a member of the Batusis, who released an EP in 2010, and in 2016 he performed at South by Southwest.

“The New York Dolls heralded the future, made it easy to dance to,” Kaye continued. “From the time I first saw their poster appear on the wall of Village Oldies in 1972, advertising a residency at the Mercer Hotel up the street, throughout their meteoric ascent and shooting star flame-out, the New York Dolls were the heated core of this music we hail, the band that makes you want to form a band.

“Syl never stopped. In his solo lifeline, he was welcomed all over the world, from England to Japan, but most of all the rock dens of New York City, which is where I caught up with him a couple of years ago at the Bowery Electric. Still Syl. His corkscrew curls, tireless bounce, exulting in living his dream, asking the crowd to sing along, and so we will. His twin names, mirrored, becomes us.

Wendy Mizrahi tells Rolling Stone that Mizrahi, who lived in Tennessee, will be buried in New York. “Thank you Sylvain x 2, for your heart, belief, and the way you whacked that E chord,” Kaye concluded. “Sleep Baby Doll.”

This story is developing