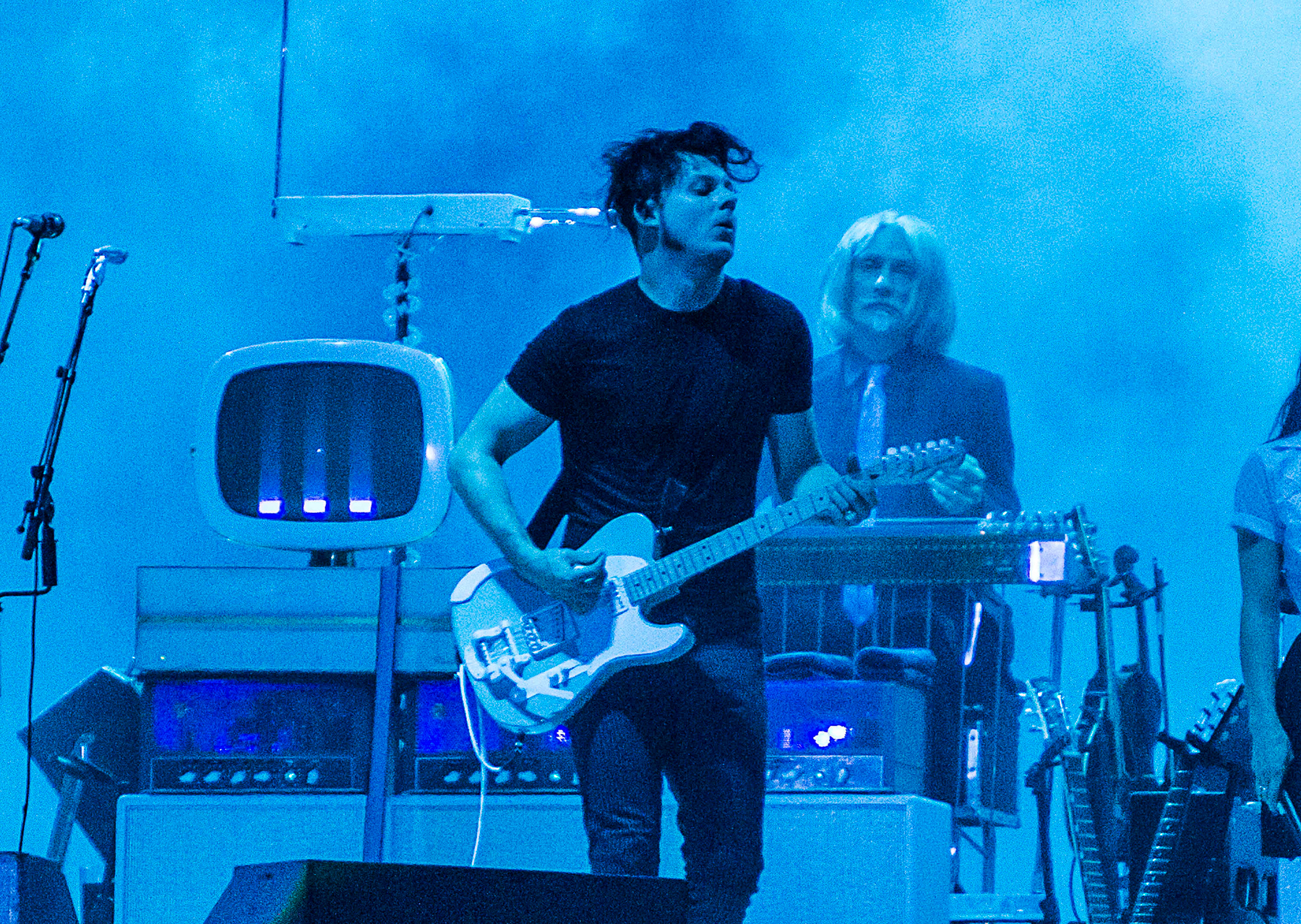 Recorded at Detroit’s Masonic Temple on July 30th, 2014, the 38-song set clocks in at just over three hours. It kicks off with beloved White Stripes tunes and includes covers like Beck’s “Devil’s Haircut,” Led Zeppelin’s “Lemon Song,” and others. His Dead Weather bandmates Allison Mosshart and Dean Fertita also join him onstage for “I Cut Like a Buffalo.” Ahead of the release, White dropped “Missing Pieces,” from his 2012 solo debut Blunderbuss.

The collection consists of four LPs with White’s signature solo colors — blue, back, and white. It’s  packaged in a slipcase cover with photo inner sleeves, with rare photos from the show shot by David Swanson.

White is also including a seven-inch single of his Saturday Night Live performance from last fall, where he performed a medley of “Don’t Hurt Yourself,” “Ball and Biscuit,” and “Jesus Is Coming Soon.” He capped the evening off with a “Lazaretto,” paying tribute to Eddie Van Halen by playing the song on a guitar designed by the late legend.

Live at the Masonic Temple follows Vault Package #46, The White Stripes Greatest Hits. The band’s first-ever anthology was also released as a standalone album, out last month via Columbia. You can subscribe to the Vault by January 31st to receive the latest package.