Tom Morello, Serj Tankian Cover Gang of Four’s ‘Natural’s Not in It’ 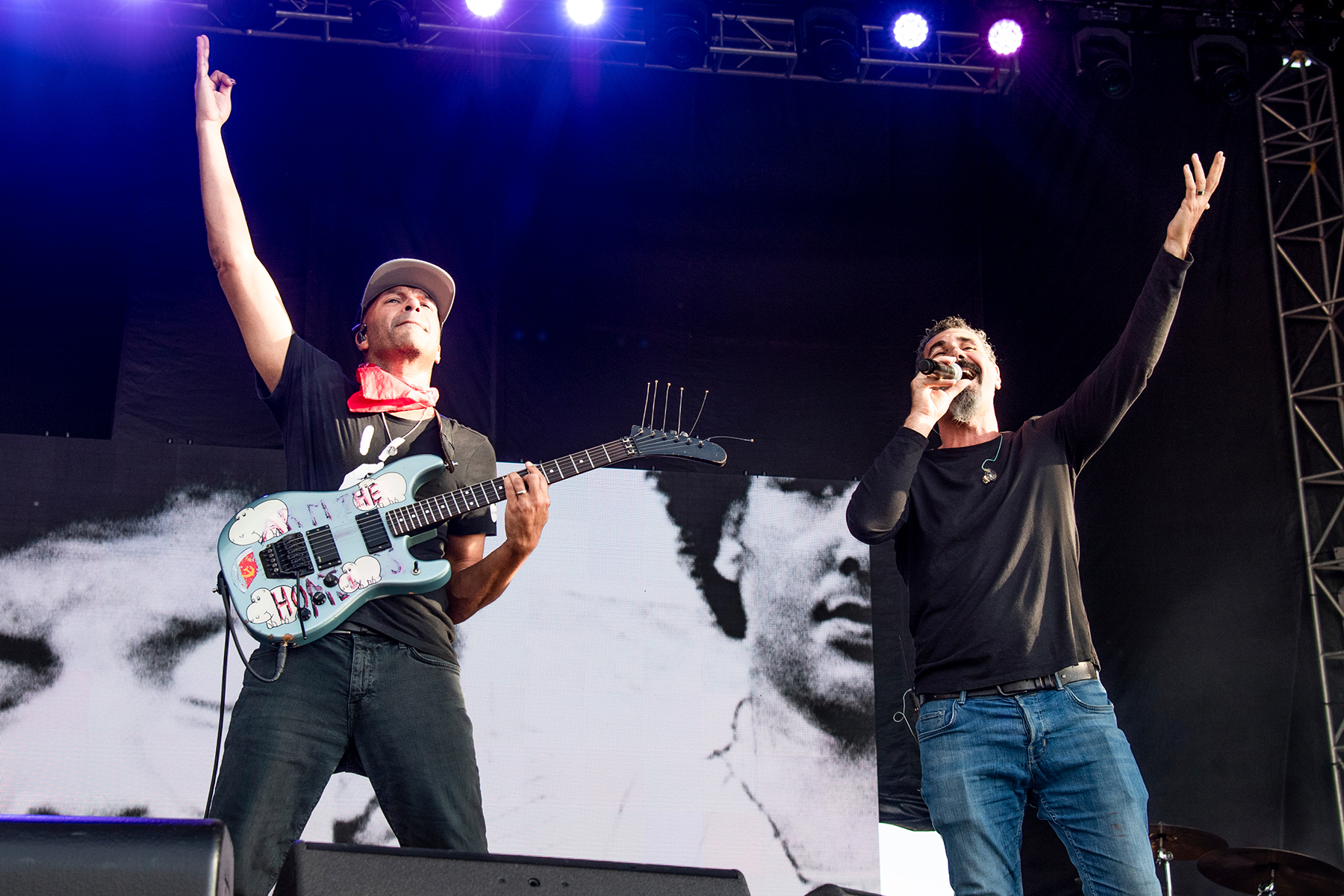 Tom Morello and System of a Down’s Serj Tankian have released a cover of Gang of Four’s “Natural’s Not in It” in honor of what would have been late guitarist Andy Gill’s 65th birthday.

The song originally appeared on the English post-punk band’s seminal 1979 album, Entertainment!, and the Morello-Tankian version will serve as the lead single to the upcoming tribute compilation, The Problem of Leisure: A Celebration of Andy Gill and Gang of Four, due out in May.

“Andy Gill was one of a handful of artists in history who changed the way guitars are played,” Morello told Spin in December when The Problem of Leisure was first announced. “Gang of Four were just incendiary and completely groundbreaking with Andy’s confrontational, unnerving, and sublime playing at the forefront. His jagged plague-disco raptor-attack industrial-funk deconstructed guitar anti-hero sonics and fierce poetic radical intellect were hugely influential to me.”

Gill was one of the co-founding members of Gang of Four and performed on 10 of the band’s studio albums, the last one being 2019’s Happy Now. He died in February 2020 from pneumonia brought on by a respiratory illness.

In October, Morello released the Comandante EP. He was also interviewed for the upcoming documentary on Tankian’s activism, Truth to Power, out February 19th.