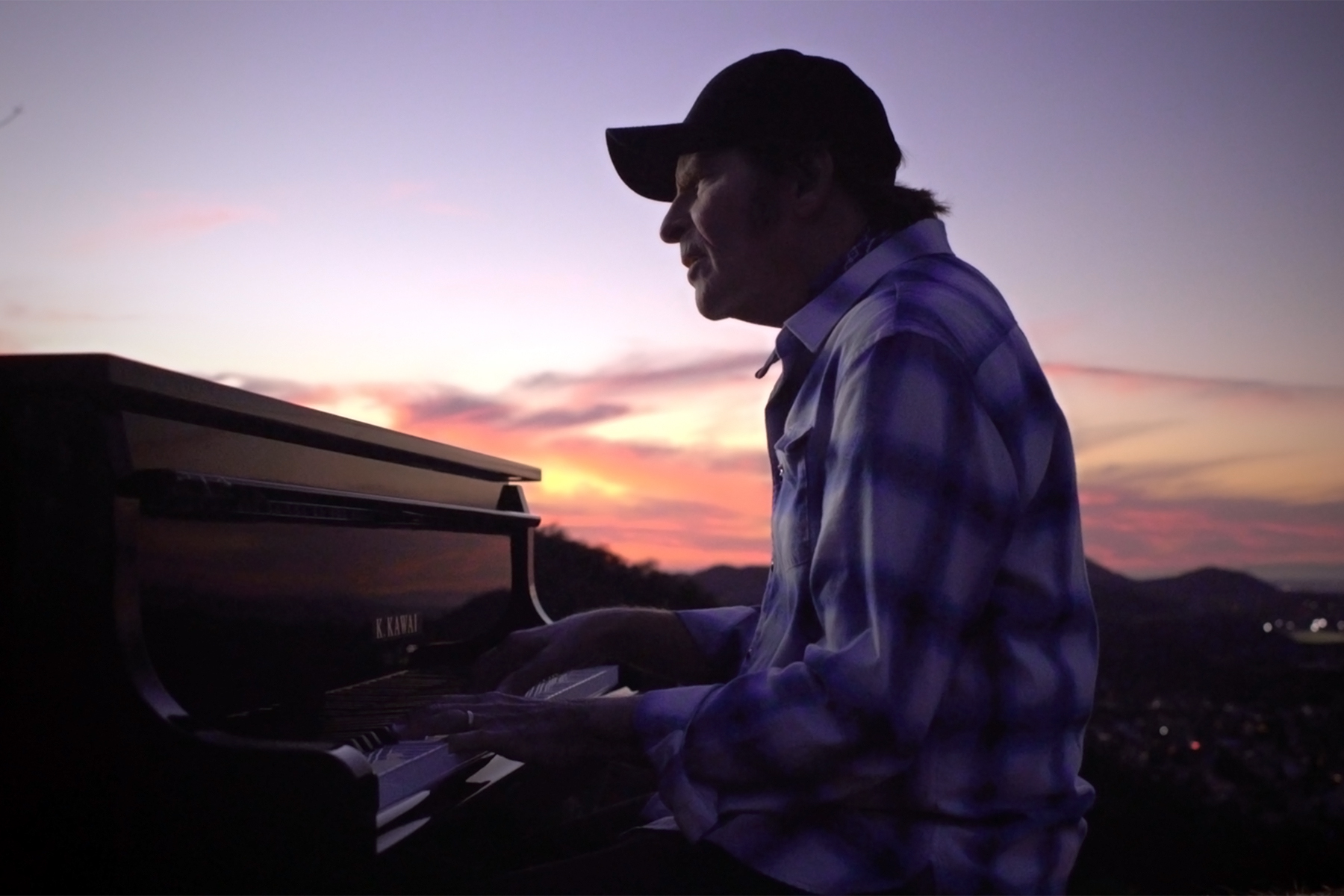 John Fogerty is no fan of President Donald Trump; the former Creedence Clearwater Revival leader even issued a cease-and-desist order (promptly ignored) this fall when “Fortunate Son” was cranked during Trump rallies. Now, Fogerty will be sending Trump off in his own way — with “Weeping in the Promised Land,” the 75-year-old rocker’s first new song in eight years.

Centered around Fogerty’s voice and piano, with only a handful of gospel singers accompanying him, the song marks a return to the socially conscious themes that powered Creedence anthems like “Fortunate Son” and “Who’ll Stop the Rain.”

“It’s kind of like being a rock star in a band and then the band breaks up,” Fogerty says of Trump’s refusal to step down — and his affinity for rallies. “I used to stand in front of 30,000 or 40,000 people and they were all cheering for me. I know what that is. I understand the emotion he’s feeling. I’m trying not to sound like a basher — more like trying to understand the situation. I think he enjoys the rallies very much.”

In lyrics that touch on the dispiriting events of the last year, Fogerty references Trump’s attacks on Anthony Fauci (“He dances on their bones/Pharaoh shoutin’ down the medicine man”), health care workers (“With dread in their eyes, all the nurses are crying/Everywhere sorrow, everywhere dying”), and the murder of George Floyd (“Out in the street / On your neck with a knee / The people are cryin’ / Your words ‘I can’t breathe’ and the white judge say been no crime here”).

Like many of his peers, both of his generation and younger ones, Fogerty found himself with time on his hands this summer after a scheduled tour was canceled due to Covid-19. He’d first written down the phrase ”weeping in the promised land” in one of his songwriting journal notebooks about 25 years ago. A few years back, he finally wrote a song with that title but wasn’t happy with it, now calling it a “generic ditty.” But this summer, with the pandemic raging around him, the phrase “seemed very relevant to me,” he says, and Fogerty decided to scrap that previous attempt and write an entirely new tune around that title.

For someone who recalls knocking out “Fortunate Son” in 20 minutes, writing “Weeping in the Promised Land” proved challenging. Over the summer and into the fall, Fogerty grappled with the lyrics and the breadth of what he wanted to say. Throwing a folding chair, bottles of water, and bags of peanuts into his car, he’d drive to local parks in southern California just to get out of the house and find inspiration. “I felt like I was wandering around in the desert,” he cracks.

Weeks went by, and, finally, in late summer, a line hit him: “Water in the well, been poisoned with lies.”  With that, other images and rhymes began pouring out. “It ended up being the hardest song I’ve ever written,” he says. “I kept trying to find better words. You can always find a better word to describe a situation.”

Even then, the journey wasn’t over. Fogerty initially cut the song with the help of drummer Jim Keltner, bassist Don Was, and Fogerty’s son Shane on guitar. The version was very much “in a swamp-rock way,” Fogerty says, but his wife and manager Julie, while supportive, gave him the impression that she was disappointed and heard something else in the song. Her suggestion: Play it on piano, not guitar, per his usual approach.

At first, Fogerty was hesitant, but by coincidence, he had boned up on his keyboard chops after contributing to a Jerry Lee Lewis 85th birthday livestream tribute in October. Right before one family dinner, he scooted into his home studio, tried out the song on his piano, and something clicked. Soon after, a week before Thanksgiving, he tried it again, playing and singing at the same time, and had a final version in just a few takes. Days later, he ventured to a studio in L.A. where a small group of backup singers added their voices to the bare-boned track.

Naturally, he and his colleagues took Covid precautions, wearing masks and working in different parts of the studio. “The singers were behind Plexiglas and separate,” he says. “They were used to standing shoulder to shoulder. But everyone was in their own space, almost like a cage, in order to do this.” Within two more days, the song was mixed, mastered, and ready to go.

Given that Trump will technically be out of office two weeks from today, does Fogerty regret not rushing the song out even sooner? “When I finished the song in late November, I said, ‘Some other things are going to happen now,’ ” he says of the news cycle. “I knew the leopard isn’t going to change his spots. God knows this will probably all get worse [until January 20]. He’s checked out. The only thing he’s thinking about is some way he can retain power. But you knew that. I keep asking myself, on January 20th, is he going to be sitting next to Joe Biden? Even if the somber reality hits him that he’s not going to be president, he probably won’t show up.”

“Weeping in the Promised Land” also has the distinction of being one of the few singles Fogerty has released without an accompanying album, although he says a new record — which would be his first collection of all-new material since 2007’s Revival — is in the works. “We’ve had a couple of recording sessions since this song was done,” he says. “Getting this song out of me was almost like a blockage. I had to get this finished first.” As with the first take on “Weeping in the Promised Land,” Fogerty has been using Was and Keltner for some of the rhythm section tracks.

As for any change he hopes to bring about with the song, Fogerty is sanguine. “Can one song do that?” he asks. “That’s probably reaching. But it’s time to stop wearing a number on your back that tells which political party you’re in or which candidate you support. We’re all humans and we’ve stared some pretty terrifying things in the face. And we’re still staring them in the face. My intent is that, hopefully, everyone’s in the mood or discussion, and not just ‘You made a mistake!’ ”