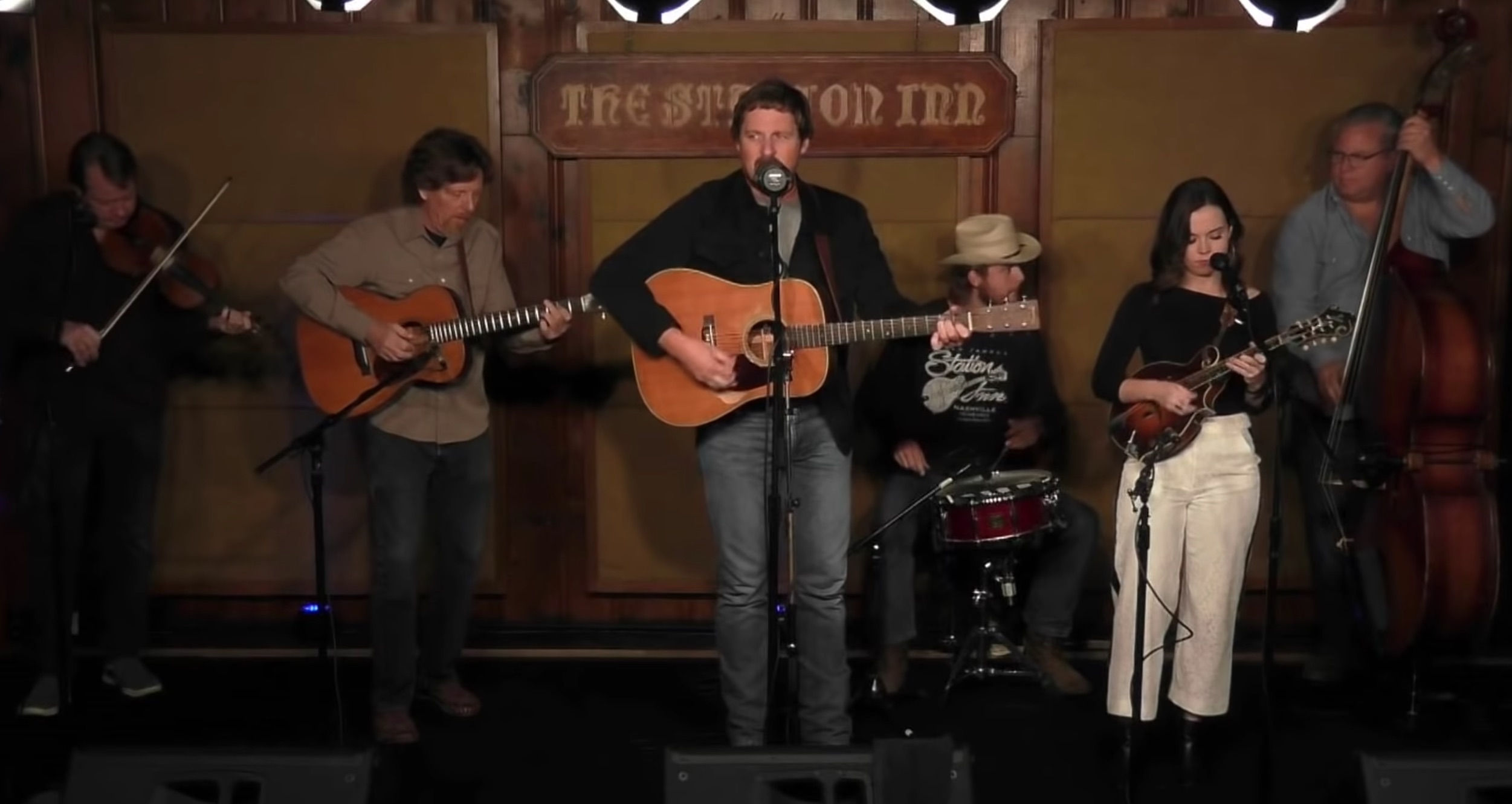 Sturgill Simpson delivered his bluegrass take on his 2014 track, “Life of Sin,” on The Tonight Show Monday, January 4th.

The musician and his top-notch backing band delivered the song from the Station Inn in Nashville — a bluegrass hub in the city — with mandolin player Sierra Hull ripping through a particularly impressive solo. “Lately things have been a little complicated,” Simpson bellowed as Hull provided backing harmony, “Quality of life has got me down/Sex is cheap and talk is overrated/And the boys and me still working on the sound.”

“Life of Sin” first appeared on Simpson’s breakout album, Metamodern Sounds in Country Music, while the new bluegrass version appears on, Cuttin’ Grass, Vol. 2: The Cowboy Arms Sessions, which arrived in December. The Cuttin’ Grass series finds Simpson reimagining his back catalog as bluegrass songs (the first installment arrived in October), although Vol. 2 does include one previously unreleased track, “Hobo Cartoon,” which Simpson wrote with the late Merle Haggard.