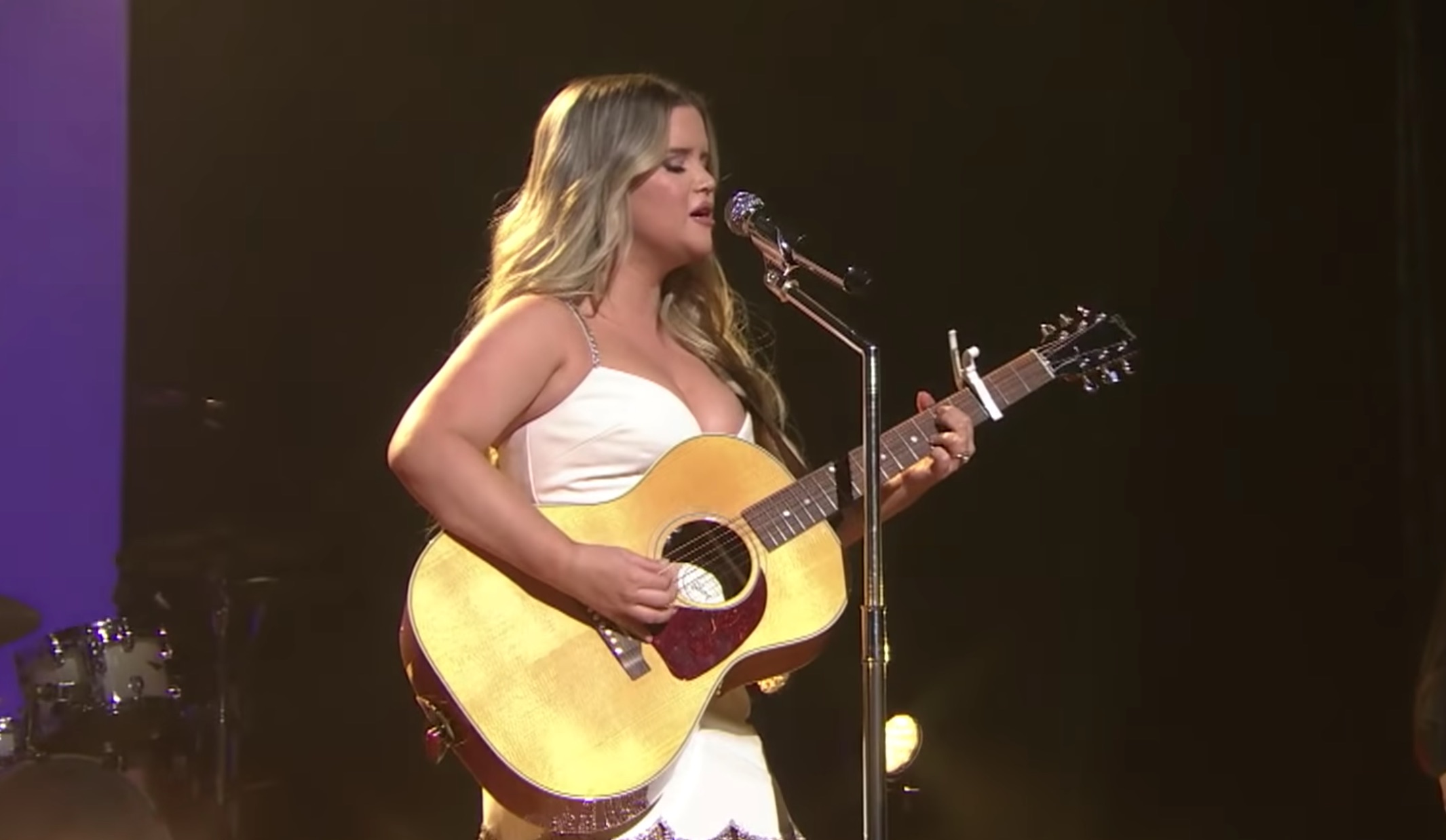 Maren Morris performed her new protest song, “Better Than We Found It” on The Late Show With Stephen Colbert on Monday, January 4th.

The performance began with just Morris and her guitar, and it seemed like the songwriter would deliver the track like the kind of Sixties folk anthems it was partly modeled after. But with the first chorus drop, Morris’ full backing band appeared to add a little extra power to the sweeping, hopeful tune: “When lines of tomorrow are gone,” Morris sang, “Can I live with the side that I chose to be on?/Will we sit on our hands, do nothing about it?/Can we leave this world better than we found it?”

Morris released “Better Than We Found It” back in October along with a video directed by Gabrielle Woodland that mixed footage of last year’s Black Lives Matter protests alongside profiles of Nashville locals who have experienced discrimination, harassment, and police brutality.

Morris released her most recent album, Girl, in 2019, and one of the album’s singles, “The Bones,” is up for Best Country Song at the Grammys. Back in December, Morris announced that she was canceling her already-rescheduled RSVP tour dates, but told fans she was in the middle of working on her third studio album.