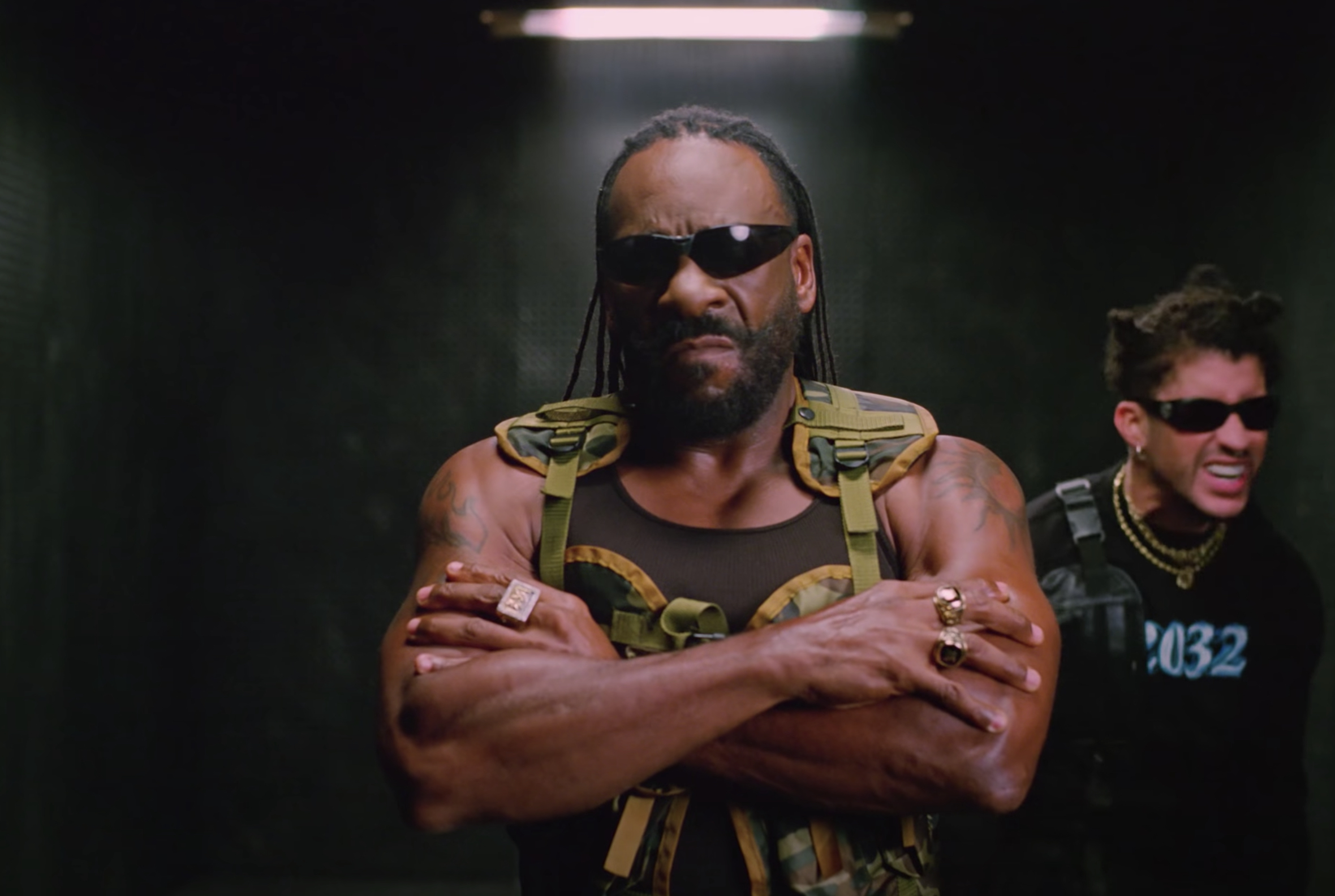 The visual for the track — which features a sample of Booker T’s “Can you dig it sucka?” entrance song from wrestling events — finds Bad Bunny and the former world champion wrestler hunkered down in the storage unit of a truck, driving to parts unknown.

“[He] was someone who watched my as a kid coming up, admired what I’d done for the business, for the sport in general,” Booker T previously said of the collaboration on his Hall of Fame podcast.

“From somewhere across the water, he’s watching Booker T and he’s digging what I’m doing, it lets me know I did something right as far as going out there from a performance perspective… I always wondered when somebody was going to come out with a song about Booker T, because I knew I was badass, but this is kind of the stamp of approval.”

Bad Bunny’s El Último Tour del Mundo — released in November, his third LP of 2020 — envisions the final tour at the end of the world. Speaking to Rolling Stone to cap a monumental 2020, the rapper discussed his plans for touring once the pandemic subsides.

“The best in the world, the best in history — I swear that’s how I feel and what I want,” he said. “Just before the pandemic and lockdown, we were getting all the details and experiences down for the next tour, and it had been incredible to see everything coming together. Now, with all that’s happened, the feeling is different. When we do finally get onstage, it’s going to be a totally new energy. It’s going to feel really special, I think, taking everything we had already planned and adding what we’re thinking about now.”