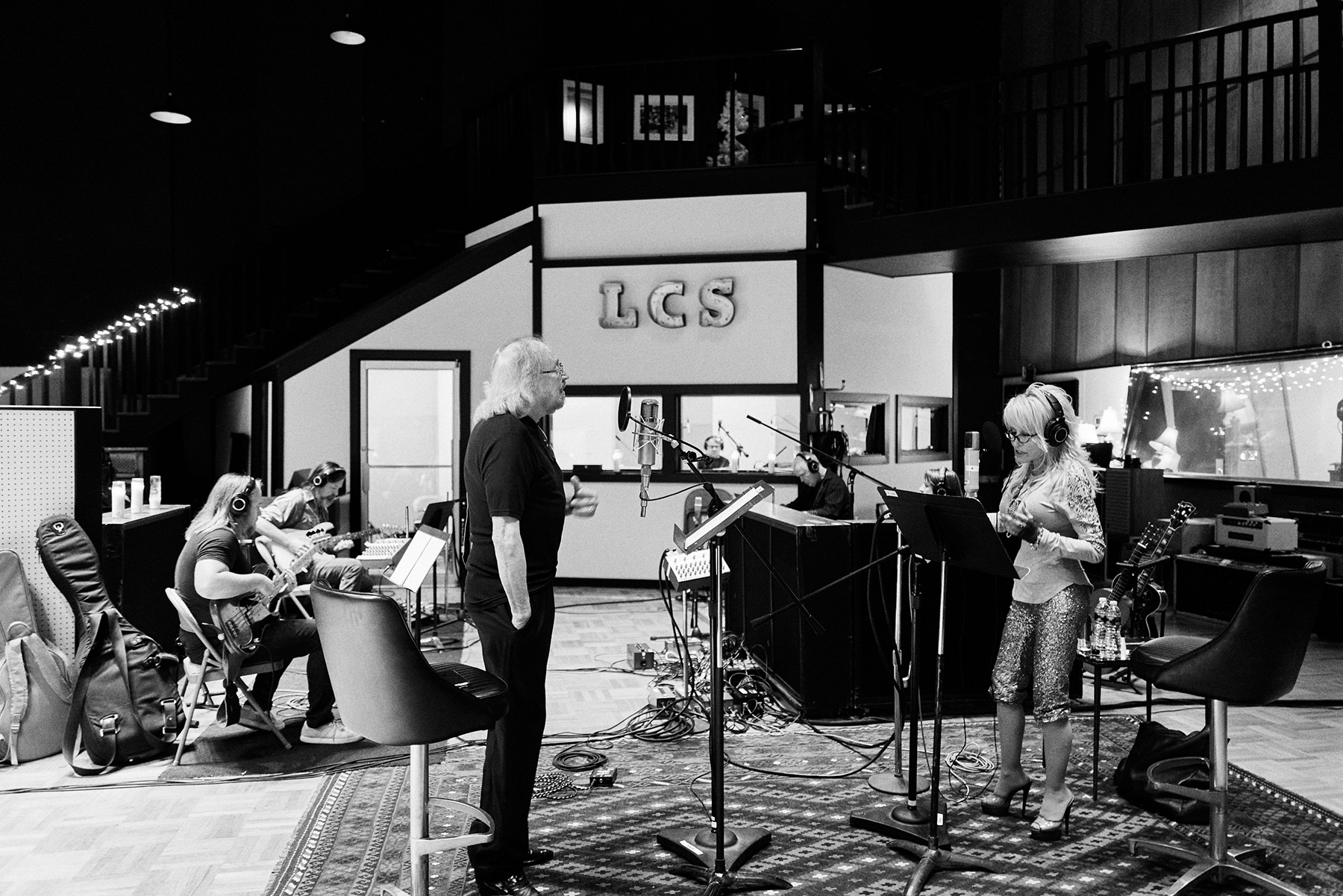 Ahead of his new album Greenfields: The Gibb Brothers Songbook, Vol. 1, due January 8th, Barry Gibb has released another track off the project: a collaboration with Dolly Parton on “Words.” Originally released as a single by the Bee Gees in 1968, the song was written by Barry, Robin and Maurice Gibb.

Parton kicks off this particularly tender version of “Words,” singing the first verse about hoping to start “a brand new story” over plaintive piano. Gibb comes in soon after, and he and Parton take the song to its finish, with weeping steel guitar underscoring the emotion of the lyrics: “It’s only words, and words are all I have to take your heart away.” “Words” has been recorded or performed by a number of artists, including Elvis Presley, Glen Campbell, Roy Orbison, and Rita Coolidge.

The LP’s producer Dave Cobb told Rolling Stone earlier this month that recording “Words” was the very first session for the album. He admits he was nervous when Dolly Parton and Barry Gibb walked into RCA Studio A. “I remember walking to where I was going to play guitar and my legs started trembling. I just registered the weight of these two,” he says. “They’re bigger than legends, they’re icons, and they’re right there.”

Greenfields also features interpretations of Bee Gees classics like “Jive Talkin’” with Miranda Lambert, “Words of a Fool” with Jason Isbell, and “Butterfly” with Gillian Welch and David Rawlings.