Analysis: It’s a new year but the politics of 2020 isn’t going away 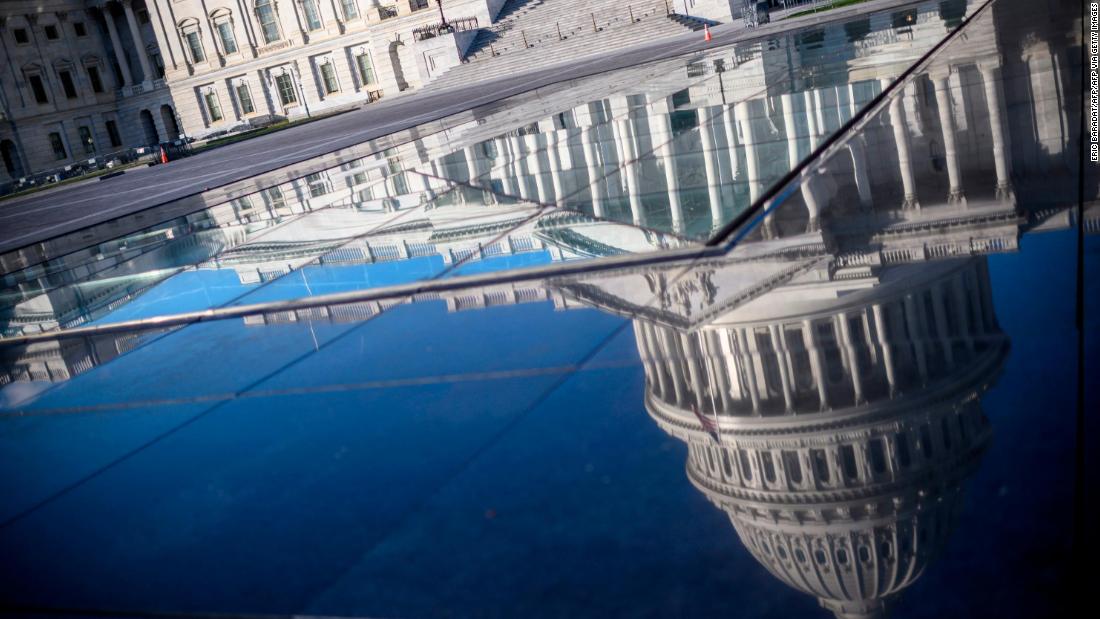 It is officially, finally 2021. But while everyone on Earth has had enough of the year that was, Americans need to gird themselves for a bit more 2020, at least to start, as a large portion of Republican lawmakers put their names next to President Donald Trump’s effort to overturn the election.

There will be 20 more days of Trump and he will be on fire. The President has brought his drama show back to Washington early, perhaps realizing his time in the White House is down to days and counting. He’s also hoping to pressure Republican lawmakers to back his wild and inaccurate claims of fraud when the electoral votes that seal his exit are counted in what’s normally an antiquated ceremony.

He will also travel to Georgia for his last political rally as President, when he encourages voters there to show up for the all-important January 5 runoff and protect Republicans’ Senate majority. There are, as of this writing, two developing complications for Trump. He’s spent months attacking the electoral system as fraudulent, particularly in Georgia, where he lost. And one of the Republican candidates, Sen. David Perdue, will have to quarantine after coming into contact with someone who tested positive for Covid-19.

There will be a show January 6. CNN’s Jake Tapper reported Thursday that as many as 140 House Republicans could vote to throw out electoral votes from swing states. That’s a strong majority of the Republicans in the House trying to overturn the election and swear fealty to the President.

It’s an easier vote in the House, where objections to the election are destined to fall against the larger number of Democrats in that chamber.

Senators who bit their tongues during his presidency will have a chance to find their independence.

There will be calls for sanity. Nebraska Sen. Ben Sasse criticized those who would object to the electoral votes of Pennsylvania, and perhaps other states, when they’re counted January 6.

“I have been urging my colleagues also to reject this dangerous ploy,” Sasse wrote in a six-part Facebook post, after Sen. Josh Hawley, a Missouri Republican, said he would be the senator who forced votes on the objections.

It’ll be an aggravating vote for those Senate Republicans running for reelection in 2022, when the party is defending more Senate seats than Democrats.

There will be a split in the GOP. A vote for the objections Trump wants is a vote for conspiracy theory over fact and against the democratic will of the country.

A vote against the objections is to accept the decision of the people but defy the grassroots of the GOP and fail a fealty test to Trump, likely inviting a primary challenge in the near future.

Few Senate Republicans want to make this choice, which is why party elders had tried to shield themselves from it. But now that Hawley has decided to object, Senate Majority Leader Mitch McConnell has made it clear to lawmakers he’s giving them room to vote their conscience, according to a source familiar with a Thursday conference call on which McConnell asked Hawley – who was not in attendance – to explain his rationale.

But this intraparty split will carry over to other questions. As Trump weighs in, unbound by any sort of official responsibility, his sway over the party will be tested.

President Trump’s tweets in favor of $2,000 stimulus checks got several GOP senators to endorse the idea, although McConnell effectively killed it.

When former President Trump tweets in favor of something, will Republicans pay attention?

There will be a reckoning over the President’s Twitter account. Even after he’s left office, the President will have access to his Twitter account. It’s been his preferred mode of communication while in office. The problem for the soon-to-be former President is that he may not be given the same deference by social media companies out of office as he’s been given as leader of the free world.

Twitter and Facebook have taken to marking as suspect the posts in which he spreads outright falsehoods about his election loss, but it may soon become difficult for those companies to justify allowing him to spread them at all.

Accounts have been suspended for less than what Trump does on a daily basis and the social media companies will come under immediate pressure to censure Trump, perhaps by suspending his account.

The effects of such a move, were it to occur, would be interesting not only to see if his power to influence is clipped without his platform, but also to hasten GOP scrutiny of “Section 230,” a provision of telecom law that separates the companies from the content users publish on their sites.

There will be a split among Democrats. It’s much easier to be united in pursuit of power than it is to stay united in power. Trump, to his credit, was able to effectively marshal Republicans, often through fear and bullying, during his time in office. As president, it’s unlikely Biden will use those same tactics. And he’ll have to contend with progressives on the left who want more attention to big problems like climate change and inequality that require systemic change the moderates in his party have less interest in pursuing. A year from now, it will be much easier for Republicans to focus on Biden’s policies – and he’s likely to be a relatively moderate president – in a way to aggravate and turn off progressives. Vermont Sen. Bernie Sanders won’t quietly let Biden take the moderate route. Neither will Massachusetts Sen. Elizabeth Warren, New York Rep. Alexandria Ocasio-Cortez or the Congressional Black Caucus.

The proof of these divides is already evident in the scrutiny Biden has faced from progressives in the selection of his Cabinet.

His ability to navigate the demands of the groups that rallied behind his campaign, and navigate around Republican obstruction, will determine whether he can get anything done in the White House.

There will be a majority in the Senate. We just don’t know yet which party will have it. That depends on what happens in Georgia’s twin US Senate runoffs Tuesday. If the two Republican incumbents – Sens. David Perdue and Kelly Loeffler – win, Republicans will have 51 votes and control access to the Senate floor. Given McConnell’s expertise in obstruction and interest in the 2022 midterms, a 51-seat majority could be Biden’s biggest presidential headache. If the Democratic challengers – Jon Ossoff and Raphael Warnock – win, the resulting 50-50 tie won’t give Democrats much wiggle room to pass legislation, but it will give them the ability to get measures on the Senate floor with Vice President-elect Kamala Harris able to break ties as president of the Senate.

There will be so much more Covid. The beginning of Biden’s presidency will likely be judged more for what he does to kickstart the use of Covid vaccines than for any large policy proposals. The country is at war with the disease and, as he prepares to take office, thousands of Americans are dying each day. He’s promised to “move heaven and earth” to get vaccines out to Americans, something more easily said than done as he navigates public skepticism of vaccines.

There will be something new. Think back to the beginning of 2020, when Covid was not yet known to be in the country, and the overriding political story was the historic impeachment of Trump for pressuring foreign governments to help him taint Biden.

One year later, those words seem like something from a different era. Covid rages, impeachment feels like a footnote to history and, rather than suffer Trump’s sabotage, Biden will soon be president.

The coming year is sure to include its own twists, and our collective view of this strange and tumultuous period will change as it’s stretched through time and perspective.