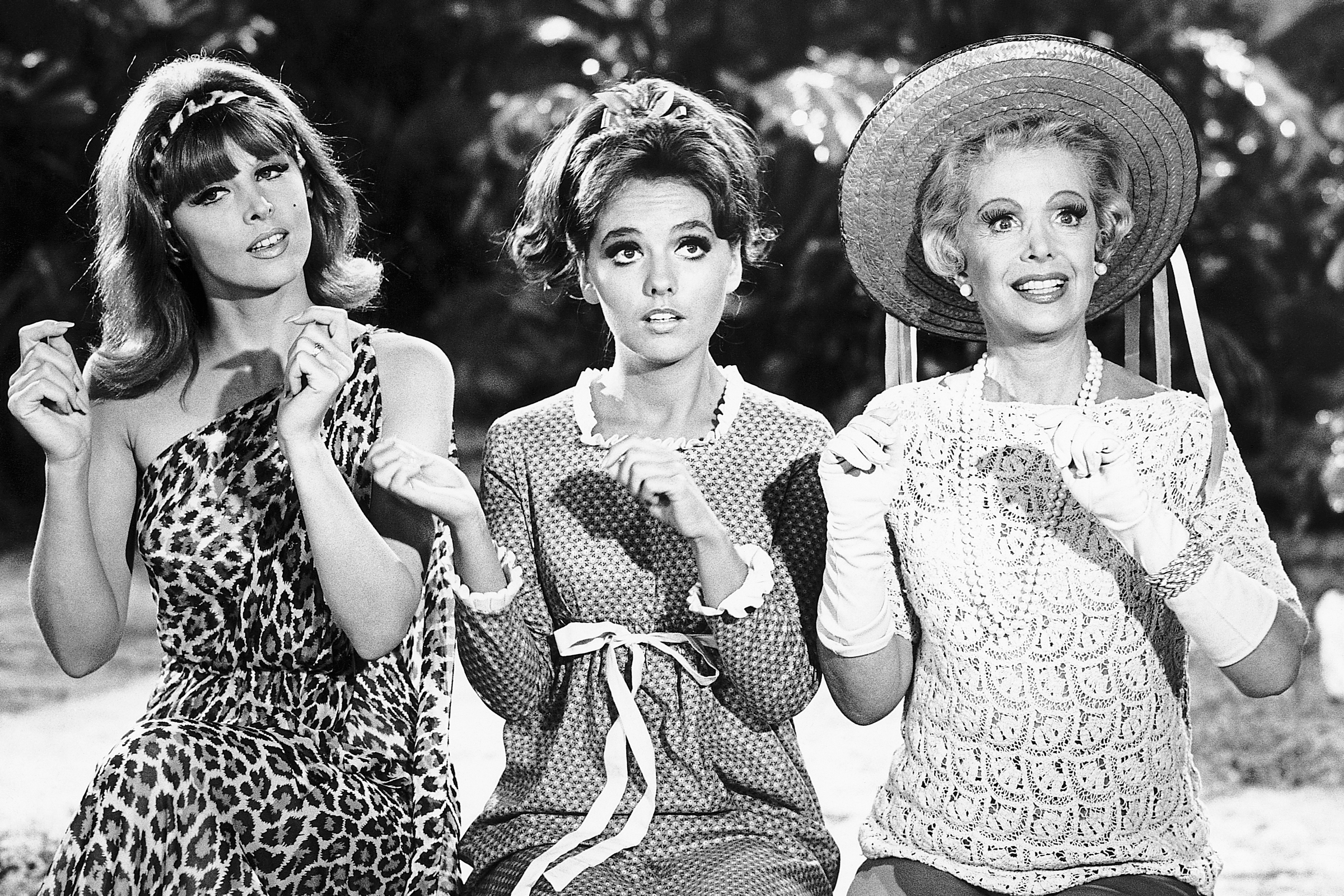 A very strong candidate for the single greatest episode, however, is “Don’t Bug the Mosquitoes,” which aired on December 9th, 1965. It begins with a Beatles-like pop group called the Mosquitoes coming onto the island to escape their fans and the pressures of fame. They quickly meet up with Gilligan and the gang, who are horrified to learn the band plans on staying for a whole month. They plot a scheme to drive the musicians so crazy that they’ll leave early, which ultimately leads to Ginger, Mary Anne and Mrs. Howell forming their own pop group, the Honeybees.

Here’s video of the Honeybees’ lone performance, where they sing “You Need Us.” Don’t bother wondering where they got their outfits, honeybee pins, a record player, a record or the ability to power it. The writers never bothered to explain anything like that on Gilligan’s Island, and that’s one of the charms of the show. What is worth noting is that Natalie “Mrs. Howell” Schafer was 64 when they shot this and she’s keeping up quite fine with women roughly four decades younger than her.

As with everything on Gilligan’s Island, the plan backfires terribly. The Mosquitoes catch the Honeybees performance and grow so afraid of the competition that they flee the island. Once again, the castaways are left on their own. At least for once, it wasn’t Gilligan’s fault.

It’s worth noting that three of the four Mosquitoes members were portrayed by the folk-pop group the Wellingtons, who sang the Gilligan’s Island theme in the first season. Seven months after they appeared on the show, the Monkees debuted on NBC. They were another Beatles-inspired TV band that has had far more success. They’d also never leave seven people stranded on an island simply because they were afraid that the elderly wife of a prominent millionaire would upstage them, even if she was paired up with a movie star and a farm girl. That was a cold move, Mosquitoes.