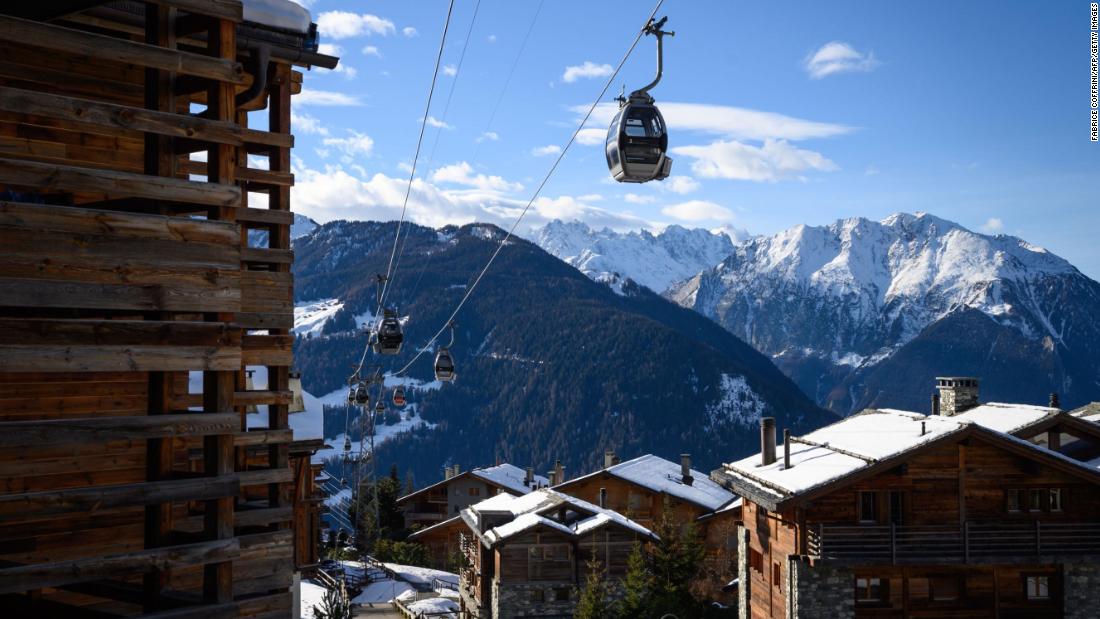 (CNN) — British tourists fled the Swiss ski resort of Verbier “clandestinely” under cover of darkness rather than submit to a new quarantine imposed on UK visitors, a local official said on Monday.

Switzerland is one of dozens of countries to have banned travel from the UK over a new, potentially more transmissible coronavirus variant, linked to a recent surge in cases in England, was reported in the UK.

On December 21, the Swiss Federal Council imposed an entry ban and a retroactive 10-day quarantine period on all travelers from the UK and South Africa — which has detected another new variant — meaning anyone who entered Switzerland from the two countries since December 14 is required to quarantine.

“Some British tourists left immediately, while others decided to stay a little longer. Some of them fled clandestinely during the night,” Jean-Marc Sandoz, spokesman for the town of Bagnes, some 20 minutes away from Verbier, told CNN.

“They left … as soon as they found a way back to their homes,” he added, noting that the exact number of tourists who left the resort has not been confirmed.

According to Sandoz, 370 UK holidaymakers were recorded as being required to comply with the 10-day quarantine order.

“Some of them had to leave for France, because planes for the UK are suspended in Switzerland,” Sandoz said.

“You can’t blame them. In most cases the quarantine was unbearable. Imagine staying with four people in a hotel room of 20 square meters, and they had to pay for staying at a Swiss ski resort,” he added.

According to Head of the Verbier Tourism Office, Simon Wiget, British tourists usually make up 21% of holidaymakers staying at the resort.

While scientists hunt for more information about the variant discovered in the UK, its impact is already being felt.