The week in 21 photos 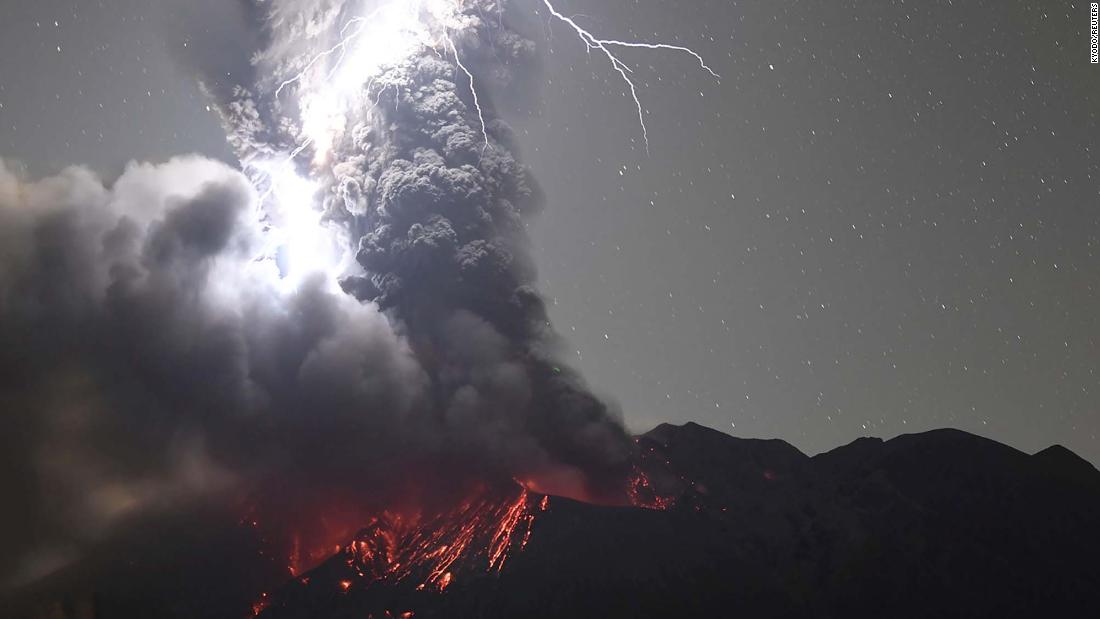 Semi-trailers are lined up at Manston airport on Wednesday, December 23, in the UK. Thousands of stranded truck drivers are waiting to cross the English Channel after France agreed to ease a blockade despite fears over a new Covid-19 variant, but the agreement requires people to have proof of a negative Covid-19 test conducted in the past 72 hours. Steve Parsons/PA/AP
US President-elect Joe Biden receives the first dose of his Covid-19 vaccine during a live televised event in Newark, Delaware, on Monday, December 21. The President-elect received the vaccine at ChristianaCare’s Christiana Hospital and it was administered by nurse practitioner Tabe Mase, head of employee health services. Alex Edelman/AFP/Getty Images
Released students gather at the state government house in Kankara, Nigeria, on Friday, December 18. More than 300 boys rescued from a week’s captivity in northwestern Nigeria were brought back to their waiting families in the state capital. Kola Sulaimon/AFP/Getty Images
US Senate Majority Leader Mitch McConnell walks from the Senate floor on Capitol Hill in Washington, DC, on Monday, December 21. Congress passed a massive coronavirus relief bill, which includes up to $600 payments to all Americans making under certain income levels. However, President Donald Trump has said he will not sign the bill. Ken Cedeno/Reuters

Quadruplet white lion cubs play with each other at the Nantong Forest Wildlife Zoo in China’s Jiangsu province on Monday, December 21. AFP/Getty Images

Mortuary workers take off their personal protective equipment near the entrance of a building after removing the body of a person who allegedly died of Covid-19 in Barcelona, Spain, on Wednesday, December 23. Emilio Morenatti/AP

Florida’s Brad Stewart Jr. and Donovan Stiner break up a pass intended for Alabama’s DeVonta Smith during the first half of the SEC Championship at Mercedes-Benz Stadium on Saturday, December 19, in Atlanta. Alabama won 52-46. Kevin C. Cox/Getty Images

Jupiter, left, and Saturn are seen in conjunction from Kathleen, Georgia, on Monday, December 21. The two largest planets in the solar system came closer together than they have been in 400 years on Monday. Greg Hogan
Workers remove a statue of Confederate Gen. Robert E. Lee from the US Capitol overnight on Sunday, December 20 in Washington. Lee’s statue had been one of 13 statues in the Crypt of the Capitol, representing the 13 original colonies. Office of Gov. Ralph Northam

Visitors take photos as a diver dressed as Santa Claus feeds fish inside a tank at the Aquaria KLCC in Kuala Lumpur, Malaysia, on Wednesday, December 23. Mohd Rasfan/AFP/Getty Images

Boxes containing the Moderna Covid-19 vaccine are prepared for shipping the McKesson distribution center in Olive Branch, Mississippi. The US Food and Drug Administration has granted emergency use authorization to Moderna for its vaccine, and the US Centers for Disease Control and Prevention has recommended the vaccine for people ages 18 and older. Paul Sancya/Pool/Getty Images
British Prime Minister Boris Johnson speaks during a media briefing in Downing Street in London on Thursday, December 24. A long-awaited post-Brexit trade deal between the UK and the European Union has been reached, just days ahead of the end of the transition period on December 31. Paul Grover/Pool/AP

Crude oil burns after seven tank cars derailed from a train in Custer, Washington, on Tuesday, December 22. The derailment resulted in a fire and evacuations of the area. David Ryder/Getty Images

Maasai men herd their cattle on Sunday, December 20, in Mara North Conservancy of Kenya. The Covid-19 pandemic has reduced the number of foreign tourism in the region, forcing the Kenyan government to set aside a recovery fund for area businesses and conservation. Siegfried Modola/Getty Images

A Santa Claus impersonator in a hang glider-like aircraft is caught in some power lines in Rio Linda, California, on Sunday, December 20. The impersonator was safely rescued by the Sacramento Fire Department. California Highway Patrol

A Ukrainian soldier plays the violin in a dugout on the front lines against Russia-backed separatists in the Donetsk region of eastern Ukraine on Tuesday, December 22. Anatolii Stepanov/AFP/Getty Images

Two-year-old Sofia Fox is nuzzled by a donkey wearing a Santa hat while shopping in Galway, Ireland, on Tuesday, December 22. Clodagh Kilcoyne/Reuters