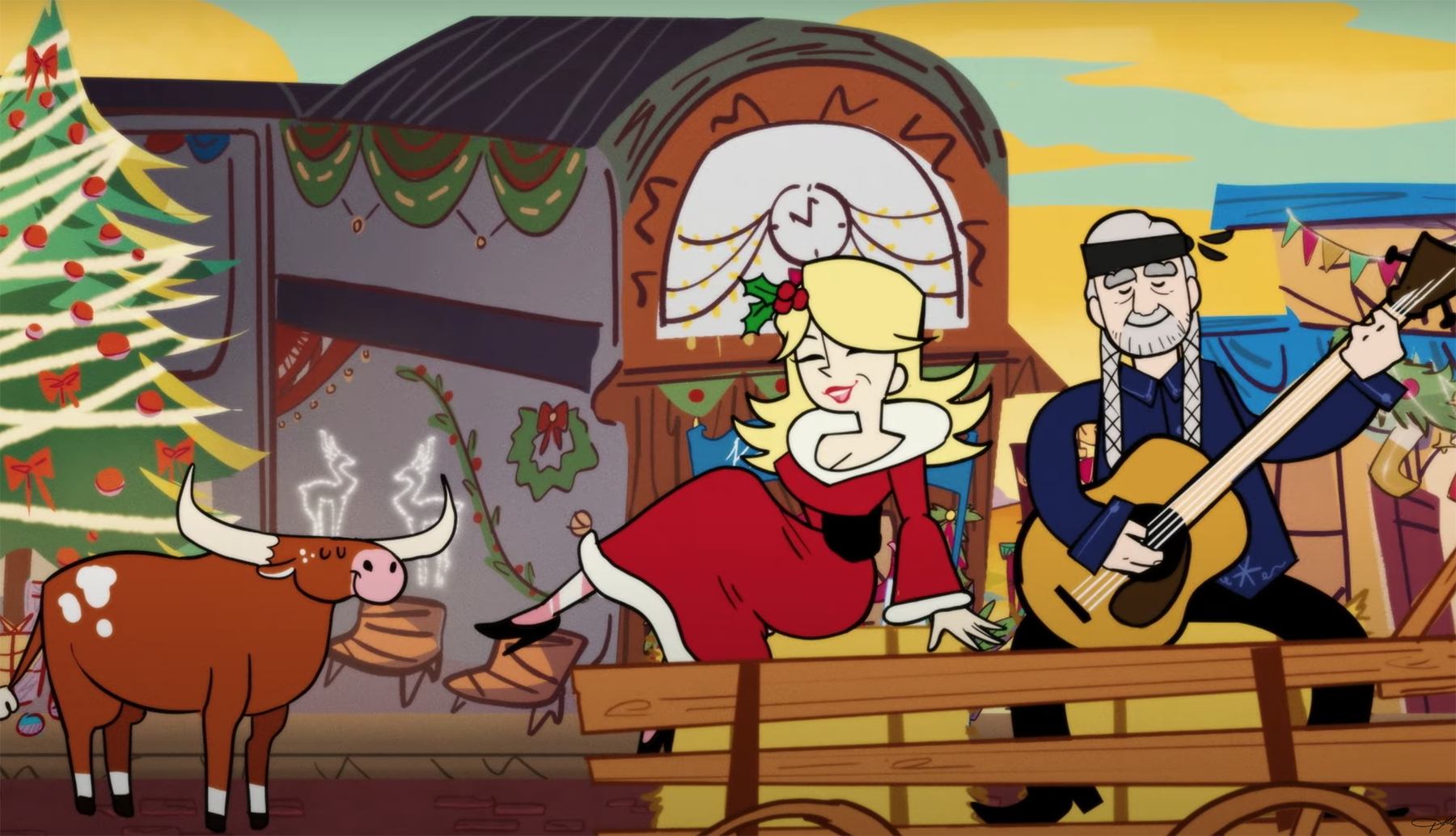 Dolly Parton released her first album of holiday music in 30 years back in October with A Holly Dolly Christmas. Stacked with special guests, the record finds Dolly singing originals and chestnuts with names like Miley Cyrus, Jimmy Fallon, and Michael Bublé. She also reunited with old friend Willie Nelson for a faithful reading of Nelson’s Christmas song “Pretty Paper.” The pair debuted a new video for the collaboration on Wednesday, an animated clip with colorful caricatures of the country music legends.

Nelson wrote “Pretty Paper” in 1963 after witnessing a disabled man selling pencils and wrapping paper outside a department store. Like the best of Christmas music, it’s underscored with an air of melancholy. Roy Orbison tapped into that expertly with his version and would perform it throughout his career, including on a 1970 appearance on Johnny Cash’s holiday special.

“I figured since everybody probably wouldn’t get to celebrate Christmas as usual this year, I wanted to be creative instead of sitting around at the house this summer,” Parton said of A Holly Dolly Christmas. “So I put on my mask, gloves and practiced social distancing, as well as all of the wonderful musicians and singers, and we proceeded to put together what I think is some of the best work that I’ve ever done.”

In 1980, Parton dressed up as Santa Claus to appear on the cover of Rolling Stone magazine.