Save Our Stages: How an Industry Hail Mary Became Live Music’s $15 Billion Lifeline

For Dayna Frank, owner of First Avenue in Minneapolis, Minnesota, the feeling was completely indescribable. For Kerri Park, general manager at World Cafe Live in Philadelphia, there was a palpable shift towards positivity. For Christine Karayan, owner of the Troubadour in Los Angeles, there was still some understandable hesitancy. It was Monday evening and Congressional leaders had only agreed on a Covid-19 relief package that included much-needed funding for independent music venues around the country, but no votes had actually been cast. “What these nine, ten months have taught me,” Karayan says with a laugh, “is don’t assume anything.”

When the votes came in a few hours later, the $900 billion stimulus package easily cleared both chambers. It was long overdue, desperately needed and, by many measures, not quite good enough considering the sizable problems many Americans still face in the Covid-19 era. But one bright spot was the $15 billion set aside for independent venues, Broadway theaters, movie theaters, talent agencies and museums. Though it benefits numerous cultural institutions that have been disproportionately impacted by the pandemic, its inclusion in the bill is due in large part to the efforts of those in the live music industry.

“I’m really proud that this could provide the vehicle to save so many industries,” Frank, who’s also board president of the National Independent Venue Association, tells Rolling Stone. “It’s not just live music and stages that need support; all of America is hurting. So if this can be the vehicle, that is a great source of pride. But I think as our champions have stated, it couldn’t come at the expense of those of us that are a week from going out of business.”

The bill’s passage also earned praise from the National Independent Talent Organization, which comprises independent booking agencies and management firms that were also rattled by the shutdown of live music and will now be eligible for federal aid.

“As NITO began its early efforts to make our plight known, we noticed a major disconnect between the public, the politicians and ourselves concerning the very specific assistance our industry needed,” said Nadia Prescher, NITO vice-president and co-founder of the booking and management agency Madison House. “Those in the position to make a difference in our survival weren’t fully aware of our integral position in the ecosystem of live events and our local economies, and even music fans didn’t fully grasp the dire position the independents were in.

“The past nine months have been an immense, but unifying and necessary, learning curve for all involved,” Prescher added. “Now, at the close of this unfathomable year and thanks to an enormous educational effort, small businesses in our industry stand to receive the resources needed to stay afloat until we can safely return to live events as we know and love them.”

In a testament to how crucial this funding was to preserving the live music ecosystem, Marissa Smith, a booking agent at the top-tier agency WME said, “We work with small independent venues every day. Our businesses are intertwined and we’re part of the same ecosystem. And our clients don’t typically start in stadiums — we rely on these small venues to build our artists’ careers from the ground up. I hope that the implementation of this bill happens quickly because a lot of these venues can’t wait a moment longer.”

“As far as I understand, this is the first time that there’s been a bailout of any real scale of Main Street. And that’s important to recognize and a big triumph” – Dhruv Chopra

Though it no longer bears the name, the section of the bill that helps independent venues and others was borne out of the Save Our Stages Act, which Senators Amy Klobuchar (D-MN) and John Cornyn (R-TX) introduced in July (it’s now the admittedly less punchy, “Sec. 324. Grants for Shuttered Venue Operators”). While the first stimulus bill, the CARES Act, had passed a few months prior in March, targeted relief for live music was still needed as many venues couldn’t take full advantage of Paycheck Protection Program loans for small businesses. Forgiveness hinged on businesses spending 75% on payroll and bringing employees back, but because it was unsafe for venues to even re-open, there were no employees to re-hire. That left venues with no revenue but huge expenses like rent, mortgages, utilities and insurance, much of which couldn’t be paid off with PPP loans.

Save Our Stages, as it was introduced and remains in the new bill, allows venues to apply for Small Business Administration grants to cover both employee pay for six months and those big overhead costs through the end of the year. And while the grant amount is 45 percent of a venue’s 2019 earned revenue (with a $10 million cap), the bill includes language that allows newer venues and businesses to apply, too, so long as they were operational by February 29th, 2020.

Additionally, some of the most vulnerable venues will get first access to grants: Applicants that have lost more than 90 percent of their revenue will be allowed to apply first during a two-week window that starts after the bill becomes a law. The law also calls for $2 billion to be set aside specifically for entities with less than 50 full-time employees, which includes many struggling venues nationwide. 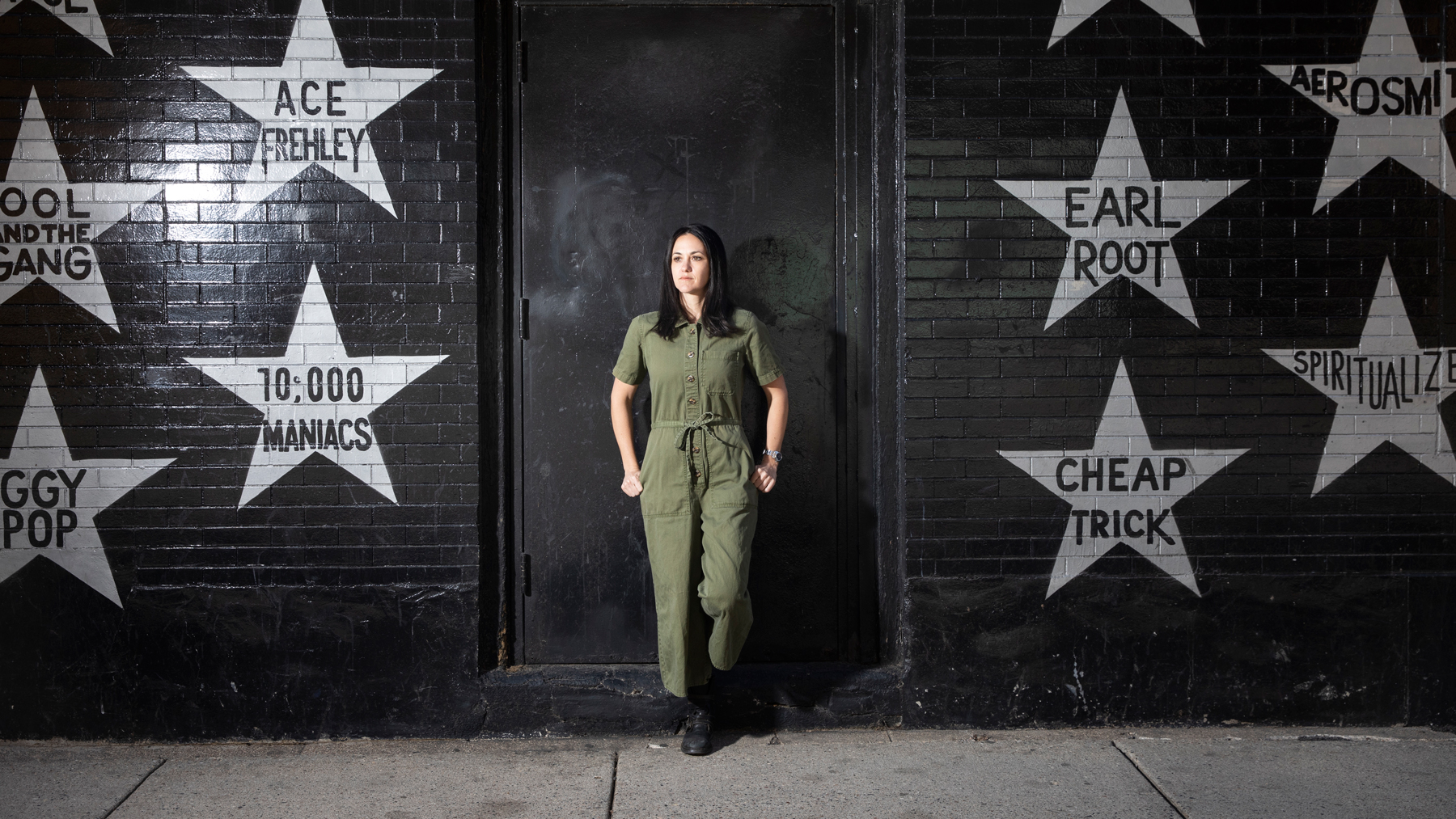 Dayna Frank, president and CEO of First Avenue, in front of the famed venue in May.

“It really protects our most vulnerable venues; our 250-cap venues that have way less than 50 employees and really are the heartbeat of our music scenes — they’re the launching pad for artists,” says Chris Zacher, founder and operator of the Levitt Pavilion in Denver, a member of several NIVA subcommittees and part of the board of the Colorado Independent Venue Association.

But getting that money to venues as quickly as possible is imperative, and concerns over the speedy delivery of aid are warranted considering the chaos that engulfed the PPP loan process earlier this year. While there’s hope the government will have learned from those mistakes, NIVA has nevertheless established a task force that’s ready to support implementation and work with both venues and the SBA to ensure the process goes as smoothly as possible. In an interview with Rolling Stone, Sen. Klobuchar said money would likely go out a “month after the month of application,” and an aide added that they would be “pushing [the SBA] extremely hard to do it as soon as possible.”

“We have venues going under every day and sometimes a delay in a week could mean the end of somebody’s business,” Frank says. “Every day counts.”

Save Our Stages marks a rare bailout of Main Street when most financial crises prompt the federal government to simply pump money to Wall Street and large corporations, says Dhruv Chopra, co-owner of the Brooklyn venue Elsewhere.

That triumph is also largely the result of an effort driven by a group of music industry professionals, who saw their worlds upended and then got a crash course in the relentless and convoluted process of lobbying and lawmaking. (“It’s way more than what Schoolhouse Rock taught us about how a bill becomes a law,” quips Zacher, a member of NIVA’s lobbying committee.) And for a political era defined by gridlock and polarization, Save Our Stages was a rare piece of legislation that garnered significant bipartisan support, thanks largely to an enormous write-your-representative campaign that saw music fans send 2 million emails to Congress.

“It’s not just live music and stages that need support; all of America is hurting” – Dayna Frank

“If you think about the United States as a whole, all we really produce anymore is art,” Zacher says. “We don’t really have factories anymore. This is our contribution to the economy as Americans. You start to break down all the other sectors that are affected by the production of music or museums or any kind of entertainment, and it’s astronomical — the sheer number of people that either depend on it for their livelihoods or utilize it in some way.”

But being a unicorn bill came with some potential drawbacks. There were concerns that, as the bill gained in popularity and other industries were added to it, the venues it was designed to help wouldn’t get the money they needed. But Park, the general manager at World Cafe Live and a member of various NIVA committees, says based on the average needs of venues around the country, the $15 billion will be enough to help.

“There’s been a lot of hard work that’s been put into this to make sure that everyone who the bill was really intended for will be able to get what they need,” she says. “But again, as grateful as we are, this isn’t a payday; this is a lifeline. It’s a bridge to the next phase, because we are still a long way away from being able to re-open at capacities that provide us the sustainability we need.”

With the financial cushion Save Our Stages provides, venues can turn their attention to the difficult process of re-opening. Estimates on when that will be vary, though experts hope that scattered outdoor shows may be feasible by the summer,and something close to full touring will be possible by the end of 2021. But those hopes, as the Troubadour’s Karayan points out, come with all kinds of caveats, ranging from liability protections to questions over whether a mask-mandatory show means the bar can’t be fully operational. Most importantly though, venues can’t survive on scattered shows or gigs at limited capacity — real sustainability depends on that national network of touring artists safely returning in full, and that may not happen until 2022.

“It is still vital to make sure venues can pay off their debts for 2020 and have enough runway to make it to 2022,” Chopra says. “Let us survive until spring 2022, because anything less is going to be a half measure. If it is a half measure and we’re still in trouble, I’d hope that in six months we have an argument to go back and ask for more money if possible. But I personally think we have to keep the pressure on.”

If the Save Our Stages saga has proven anything, NIVA’s sheer existence will make overcoming those challenges possible. Though borne out of necessity, the group’s creation could mark a turning point for for an industry that had long been made up of interconnected, but disparate parts, that had no real reason to come together until the pandemic, but whose newfound solidarity isn’t just going to disappear once it’s over.

“This is a very rare, un-replicable moment where everyone had to stop, and as devastating as that’s been, it’s created a situation where we get to make everything about coming back better,” Park says. “And that’s not something that you would have otherwise seen. There are so many venues talking to each other across the country; so many people ready to share information and share in the idea of doing this better together. And that’s on all fronts — from reopening practices to creating a more equitable landscape within the industry, to sharing notes on hiring practices and booking strategies that really help you reflect the community that you’re in. There’s so much good work being done that will only be amplified by Save Our Stages passing and having that process get started where venues can breathe again.”