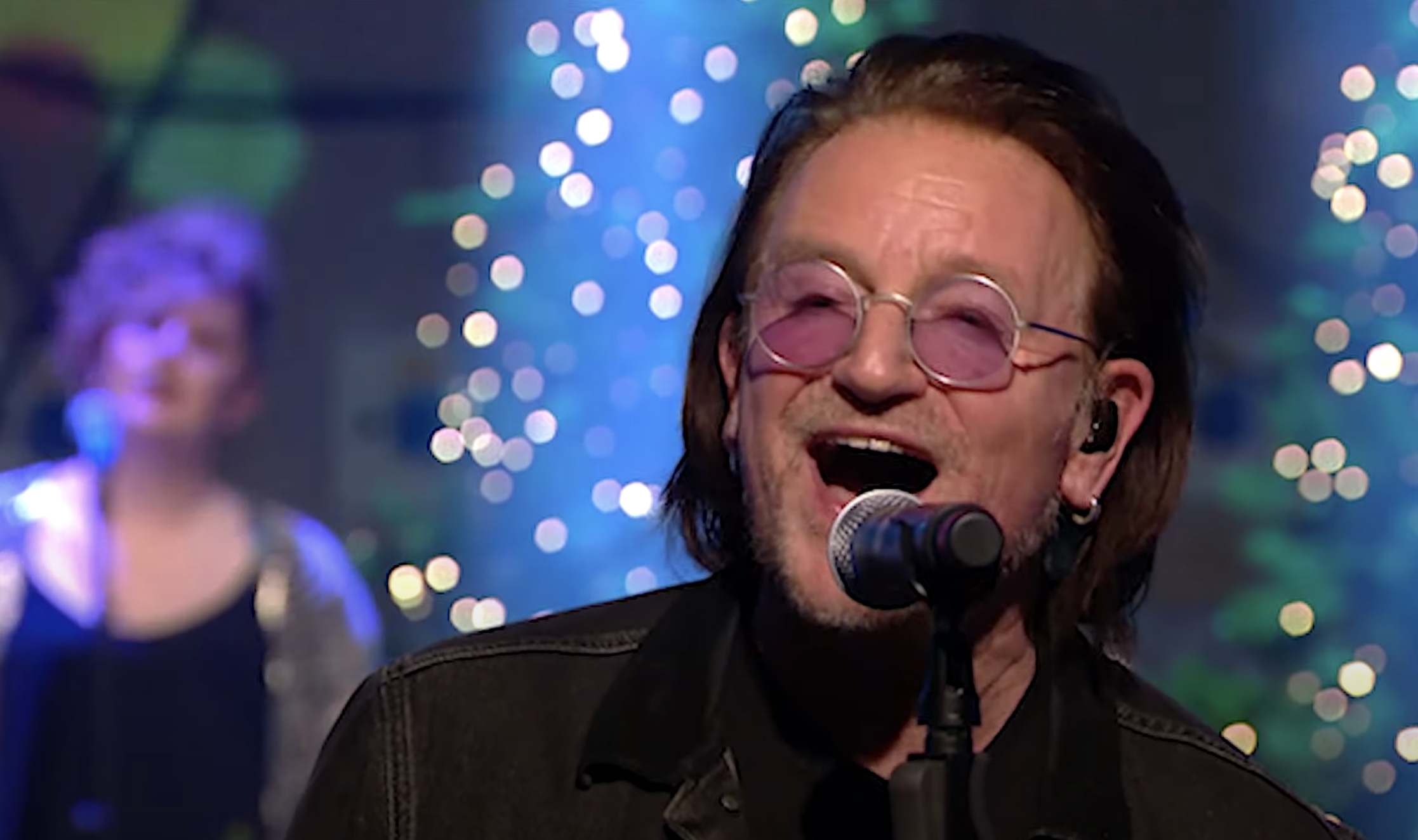 U2’s Bono and the Edge performed an acoustic rendition of the Darlene Love classic “Christmas (Baby Please Come Home)” as part of a holiday episode of Ireland’s Late Late Show this week.

For the in-studio performance — inspired by the annual all-star Christmastime busking gigs around Dublin’s Grafton Street — the U2 duo were joined by Glen Hansard, Philip Powell, violinist Vivienne Long and the Heyday Choir, the Irish Times reported. U2 previously covered the song for the 1987 compilation A Very Special Christmas.

Bono and the Edge also played an acoustic version of U2’s All That You Can’t Leave Behind cut “Walk On”:

In addition to “Christmas (Baby Please Come Home)” and “Walk On,” the U2 duo sat down — socially distanced — with host Ryan Tubridy to talk music and the band’s 10 million euros donation to Ireland’s Covid-19 relief efforts, which included PPE for frontline workers.

“Any public advertisement of giving away money is PR, so I just want to be clear about that. So if we are giving anything publicly, I think you’ve got to accept its a kind of exercise in self-promotion, and we’ve always tried always to avoid that — in this country especially — over the years,” Bono said of the donation.

“There was a lot of fighting in the band about this, but we felt like we had to come out and show solidarity. If we can’t be really useful, let’s find the people who are and try to get them protective wear.”

The Edge added, “We’re so fortunate, and so many people were far more impacted than we were, but actually it’s the people risking their lives to help others, they really needed support and deserved support.